Restaurants
Cafes
Bars
Shops
Guides
News
Fortitude Valley has never been so popular. Here are the best places to try, regardless of the time of day it is when you visit.

Fortitude Valley is the centre of Brisbane’s nightlife, but it wasn’t always that way. For most of its history since its settlement in the mid-19th century, it was the city’s department store hub: somewhere to shop – and do little else. That changed when the tram network closed in the ’60s, which choked off the area’s retail appeal.

After that, brothels, sex shops and illegal gambling dens moved in, earning the Valley a reputation as Brisbane’s hotbed for sleaze. But it also became a haven for the city’s alternative scene. Clubs such as The Terminus and The Beat Megaclub fostered Brisbane’s queer community, while the rest of the bars and clubs in the area nurtured nascent music genres: first punk, then electronic.

Although that dissident energy has persisted, these days the Valley is squarely back in the mainstream. Thanks to those initial pioneers this is still the best place in town to drink, catch a gig or have a dance, but it’s also fast becoming the best place in Brisbane for a meal, too.

Thanks to developments such as the Calile Hotel, the Ada Lane food precinct and Howard Smith Wharves (at the Valley’s doorstep), chefs from around town are jostling to set up shop here. 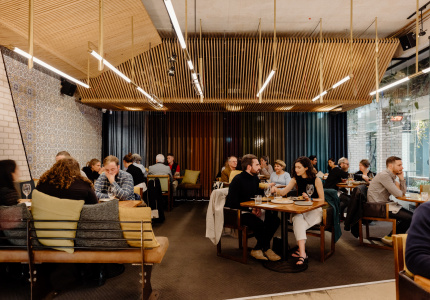 While rooftop bar Eleven takes a break, we have this Mexican pop-up. There's ninety seats, a local-produce driven menu and a shedload of tequila, all set to those jaw-dropping views.

A gorgeous restaurant and bar at the centre of Brisbane's Middle Eastern moment. 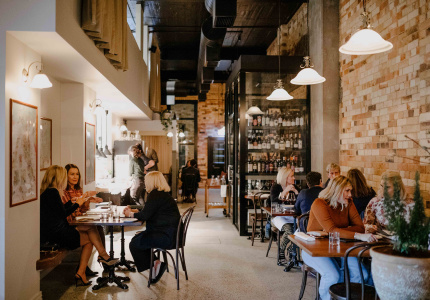 Housed inside an 1890's brick building in The Valley, this moody Italian diner and wine bar lists more than 150 sustainable drops from Sicily and beyond. House-baked breads, pastas and antipasti sidle refined mains with a traditional twist.

This beautiful, fast-paced and very fun Italian restaurant is from the Same Same and Agnes crew. Expect house-made pasta, stacks of antipasti and soft-serve gelato, accompanied by a 350-bottle wine list – all in one of Brisbane's most beguiling dining rooms.

A celebrated young gun cooks (and does the dishes) in a tiny, 10-seat omakase-style fine diner down a poky laneway. 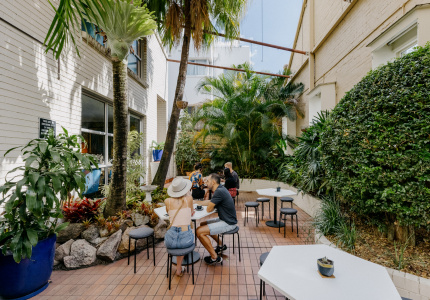 Inside a heritage building, this cosy brunch spot gives equal billing to tea and coffee. Pair your choice with a toastie, pastry or souped-up salad, then settle in among the lush greenery in the courtyard out back.

Agnes Restaurant’s popular lock-down era bakery now has a permanent home inside an old Queenslander in the Valley. It’s punching out five different types of sourdough, plus kouign-amanns, breakfast rolls, doughnuts and coffee by Bear Bones.

Hidden just off James Street, this cacti-filled eatery and shop is dedicated to Lebanese-style mezze and share plates, Ottolenghi-inspired salads, Japanese ceramics and plants – lots of them. 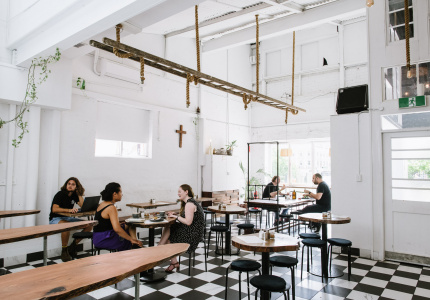 An old pizzeria reborn as a beautiful coffee and breakfast spot. 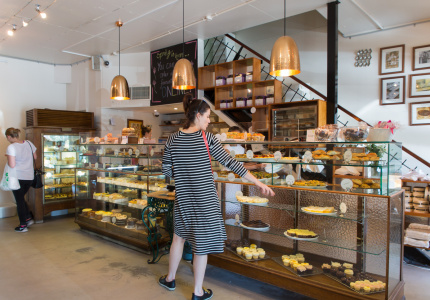 A grocery and bakery for sweet treats and take-home meals. 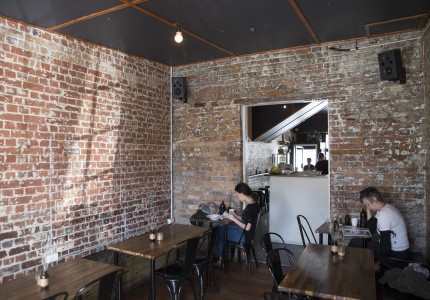 A trinity of good beans, chilled vibes and gluten-free donuts. 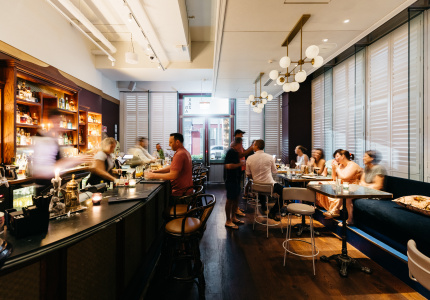 Inspired by the vibrant nightlife of Tel Aviv, this ambitious bar is all about smoked drinks, Turkish Coffee Martinis and a menu of late-night vegetarian mezze. Also, vinyl – lots of vinyl. Find it at the base of the Ovolo Hotel in the Valley. A Fortitude Valley rooftop bar from the Salt Meats Cheese and Eterna crew. Come for small plates, stunning views and cocktails designed by Maybe Sammy – one of the world's best bars. A low-key, small bar with a focus on gin, natural wines and beers on tap.

The sharp follow-up to Cobbler. More than 550 ways to take your gin and tonic. 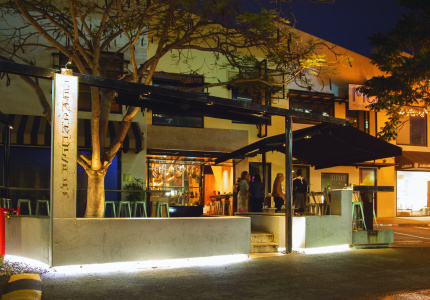 Share some charcuterie at the more casual cousin of Gerard’s Bistro. Deli By The Standard Market Company

This long-running deli has one of the biggest ranges of smallgoods and pantry essentials in Brisbane. Bold lines and vintage frames leap from the walls of this Brisbane eyewear boutique. 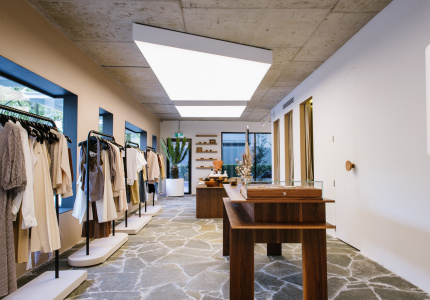 Some of Australia’s favourite basics.

This is the most exciting place in town to eat in – here are our picks of the bunch. 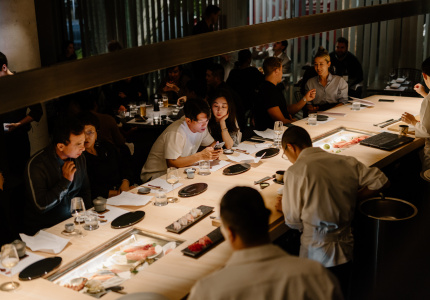 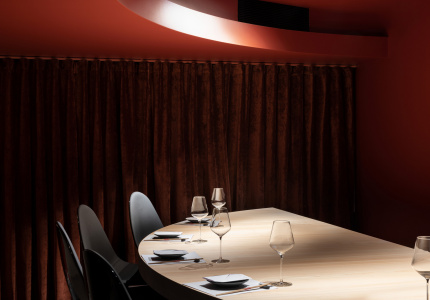 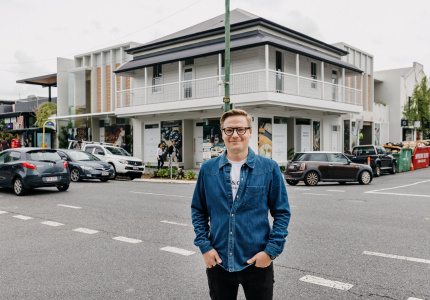 Coming Soon: Rodd & Gunn Is Opening a James Street Restaurant With a Michelin-Star Veteran and New Zealand’s Only Master Sommelier