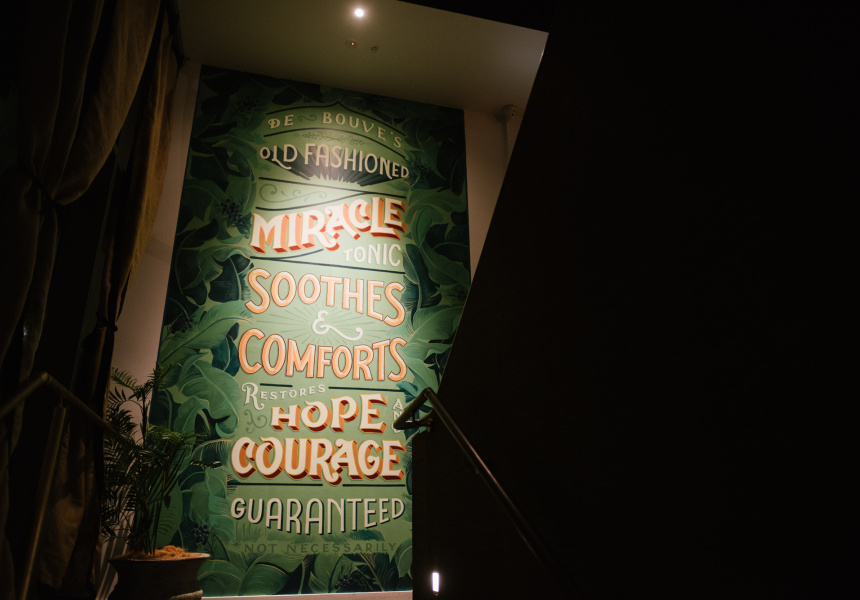 There are more than 150 gins and seven varieties of tonic water at Dutch Courage Officers’ Mess – that’s over 1000 different ways to take your gin and tonic.

While that might seem like an overwhelming number, the gin menu is split into helpful sections marked savoury, citrus, spicy, floral and juniper (traditional gin) to help you weigh up your options.

This impressive curation – which forms only part of the complete drinks menu – is the handiwork of first-time bar owner Matthew Hilan. His restaurant and bar is split over two levels, with space downstairs for a small dance floor when the DJ decides to step things up a notch on weekends.

Upstairs is the best spot for a bite to eat from the menu of share plates and dessert, which is served until 11pm on Friday and Saturday nights. Try the Death Wish Prawns with habanero chilli or play it safe with share boards of small bites such as duck spring rolls and sliders.

The lower level is where you’ll find the bartenders hard at work among a setting that takes its design cues from British colonial officers mess halls in the jungle. It was the British who first concocted the G&T, the quinine found in tonic water proving an effective means to prevent malaria outbreaks among its officers in India.

While it’s no longer used for medicinal purposes, a splash of gin still goes a long way when you need to pluck up a bit of Dutch courage. And in fact, the very term was probably named after gin, which was a popular tipple for 17th Century Dutch soldiers before battle.