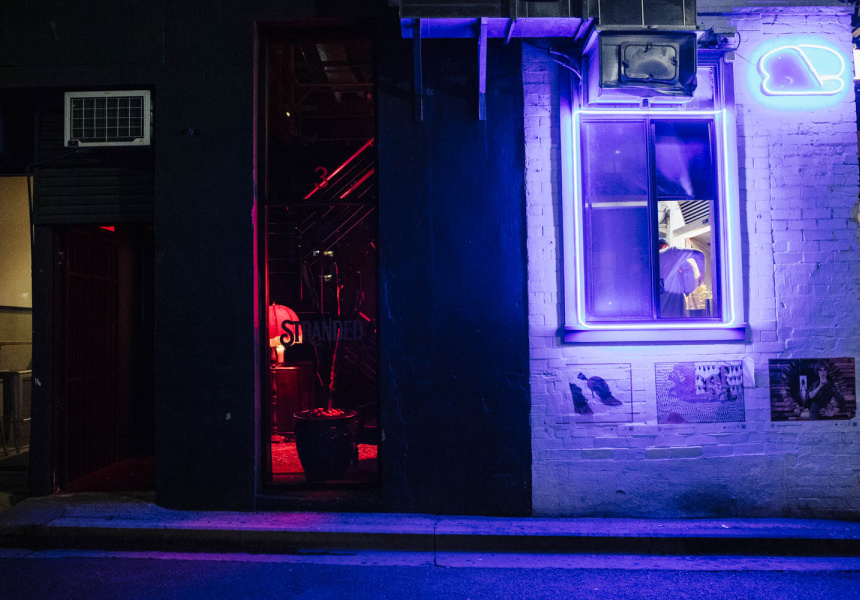 Stranded is not a rock’n’roll bar. Not entirely, anyway.

Yes, it’s a sister venue to The Zoo, connected by an upstairs gangway with vinyl DJs spinning old rock records. And yes, it’s named after The Saints’ debut single and album.

Co-owners Shane Chidgzey and Luke “Boo” Johnston will tell you they wanted to bridge the gap between the cocktail joints and dive bars that each likes to frequent. But ask third co-owner Cat Clarke about her inspiration and she’ll opt instead for the Ristorante La Madonna in Venice, where she and husband Johnston dined on their honeymoon.

Throw in an Italian-inflected late-night menu, a backbar stocked with 50 bottles of tequila and mezcal, and a design that takes cues from artistic hangouts such as Max’s Kansas City in New York, and you’ve got something entirely unique. It may sound scattershot, but there’s a method here.

Beyond the mezcal and mezcal-driven cocktail list, drinks include Mexican beers backed by local craft brews, including a Stranded lager on tap by Fonzie Abbott. For wines there’s a sparkling list that leans French, and a selection of whites, reds, rosés and pét-nats that lean Australian.

For food, it’s share plates such as burrata with baked cherry tomatoes, rocket and a five-year aged balsamic vinegar; schiaffoni (large tubular pasta) stuffed with ricotta and mozzarella; and slow-cooked lamb ribs with mint yoghurt and pita. Food goes late so you need not make that 1am run to New York Slice.

The venue sits across Winn Lane from The Zoo and mirrors that space with its brick walls, timber floors and vaulted ceiling. But instead of a stage, there’s a long bar lined with diner-style leather stools. The rest of the heritage-listed space is filled with high bars, booths and upcycled furniture from old restaurants.

It’s dark and moody, but also friendly and relaxed – which means you can walk in with a band T-shirt and some Chuck Taylors on after a gig, or alternatively with a suit and tie after work. Everyone’s welcome to be stranded here.