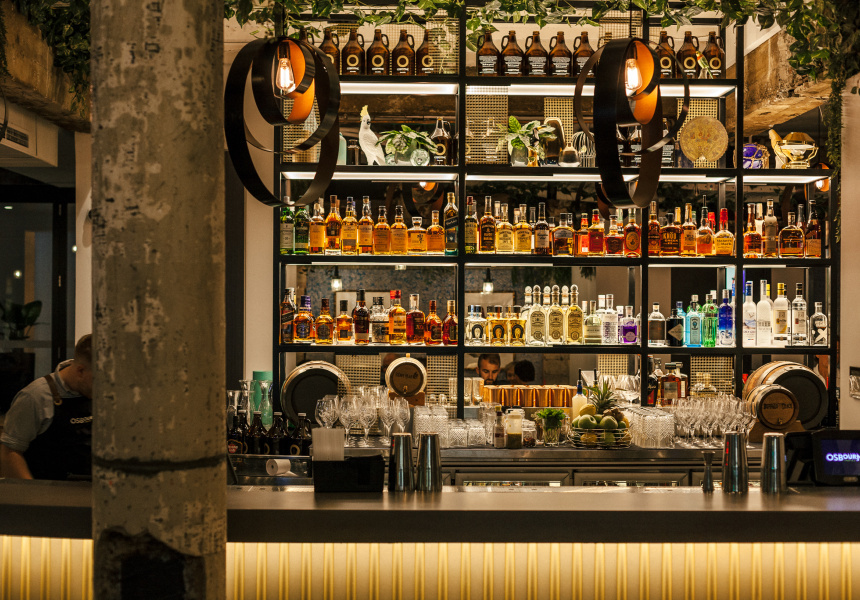 Bikini-wearing waitresses on rollerskates. Fake dead rats. A man infamously shot dead in the front bar. The Osbourne Hotel has seen plenty in its 150-odd years.

The Fitzgibbons family has owned by pub since 1980, but returned it its former glory in October 2017 – beginning with the reinstatement of its original name (it’s been known as The Dead Rat, the Rat & Parrot, Fringe Bar and Kerbside).

The new Osbourne Hotel has a covered, open-air yard with greenery, light wooden tables, chairs and striking architectural features. Upstairs, the old hotel rooms make for a rabbit warren of small and large function spaces. Some relics, furniture and murals from Fringe Bar and Kerbside have been integrated among new lights, artwork and furniture, all completing the 800-person venue.

Between three bars 92 taps pour everything from XXXX to local craft beers and brews not often seen north of the border, such as Canberra’s Capital Brewing. A boutique wine list features young Australian winemakers including Murdoch Hills and BK Wines. A smaller boutique bar inside shakes classic cocktails with a new twist.

The well-priced menu includes healthy salads, top steaks and panko-crumbed schnitzel with parmesan. Premium pizzas, oysters, European tinned sardines and a round-the-world line-up of starters complete the menu. Five extra dishes are brought on for lunch, all of which deliver change from a $20.