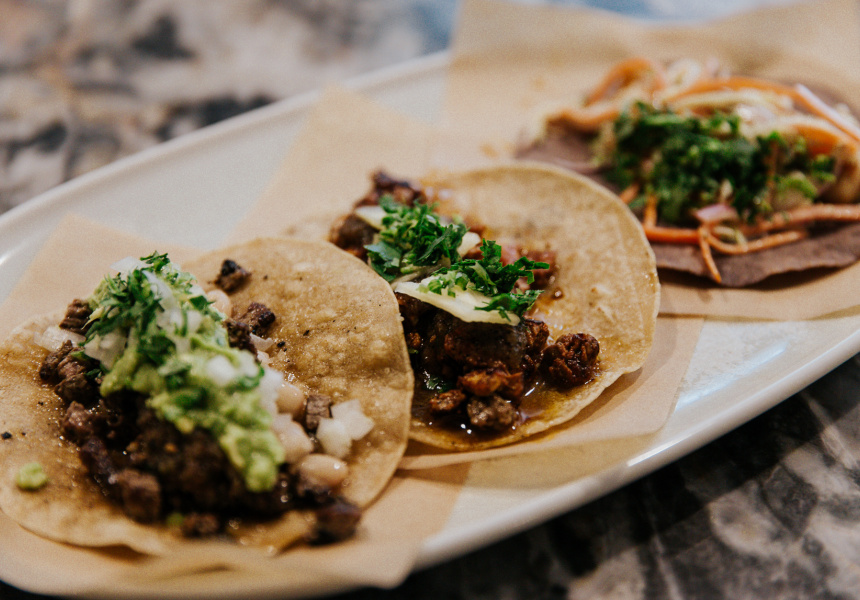 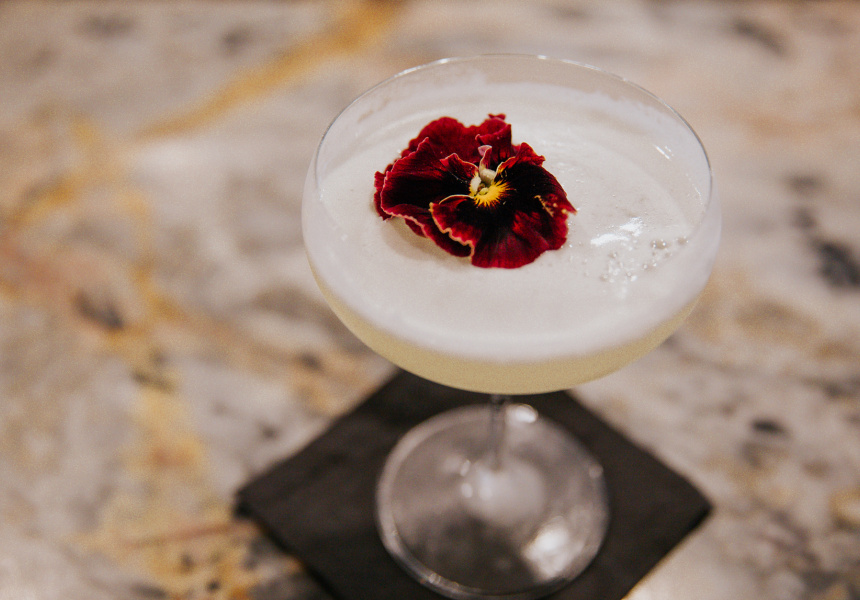 Baja is a long way from the Tex-Mex-leaning eateries that often dominate locally. This is authentic Northern Mexican food, delivered with a twist. That manifests in dishes such as buffalo burrata with smoked-cashew salsa, twice-cooked octopus served in its own ink with chilli oil and jalapeno-soy dressing, and miso-stewed mushroom tacos.

The inventiveness in the food offering comes courtesy of chef Julio Aguilera, who consulted on the entire Baja project. Aguilera began his professional career in San Francisco in 2009 and worked at Ozumo, Waterbar, Leopold’s and the then two-Michelin-starred Saison, before graduating to his first executive chef role at La Urbana. Most recently he’s been running his highly regarded El Destilado restaurant in Oaxaca, Mexico. Baja takes its name from the northern coastal region of Mexico. So yes, there’s a battered fish taco on the menu. And yes, it’s delicious.

The focus on remixing classic extends to the drinks list, too. Your Margarita will – thankfully – never come frozen but may be laced with elderflower, maraschino liquor, lemon and aloe vera. Wine also lean towards unusual varieties produced using organic or biodynamic techniques.

Baja’s fit-out is pared-back and elegant – there’s a clean white-and-green colour scheme, textured walls, rattan lighting and a pink marble bar. As you walk in, the first thing you’ll spot is a simple cactus garden, planted in front of the windows.