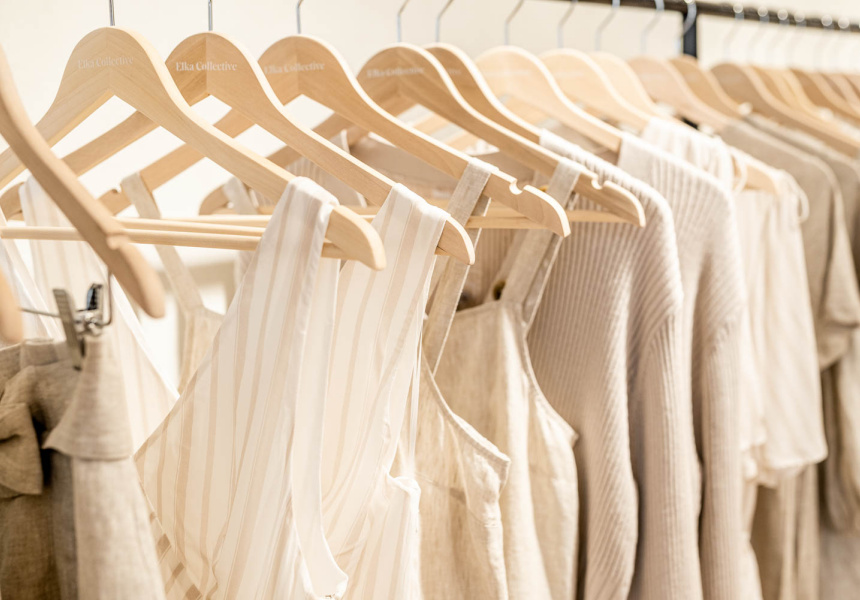 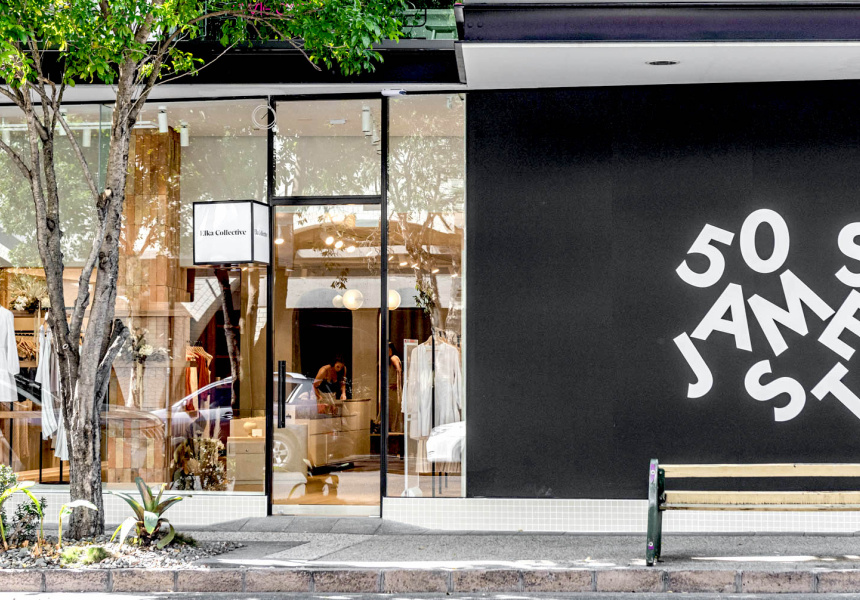 Launched online by designer Courtney Price in 2014, Elka set itself apart by combining natural fibres with different textures to create beautifully constructed, timeless garments for women. In 2017, the label was bought by Brand Collective, which also owns Mossimo and Superdry, among many others (Price has transitioned to a creative director role).

Under BC’s stewardship, Elka moved into physical retail, launching two stores in Melbourne, in Windsor and Brighton, and later a 100-square-metre Brisbane shop in the heart of the James Street precinct.

The Brisbane boutique is a different kind of space to the Melbourne shops, with their heritage facades, but interior architect Chris Aplin creates a similar feel through the use of sandstone, marble surfaces, rich timbers and reclaimed terracotta tiles. Price, along with industrial designer Coco Reynolds and lighting designer Ross Gardam, also had a hand in the store’s design, which complements the brand’s clean, natural style.