It teems with all the vibrancy of the Barcelona suburb it’s named after. Expect 15 types of vermouth, plus mussels and chips, crackers topped with Cantabrian anchovies, tomato and manchego custard, and skewers cooked over a flat grill. 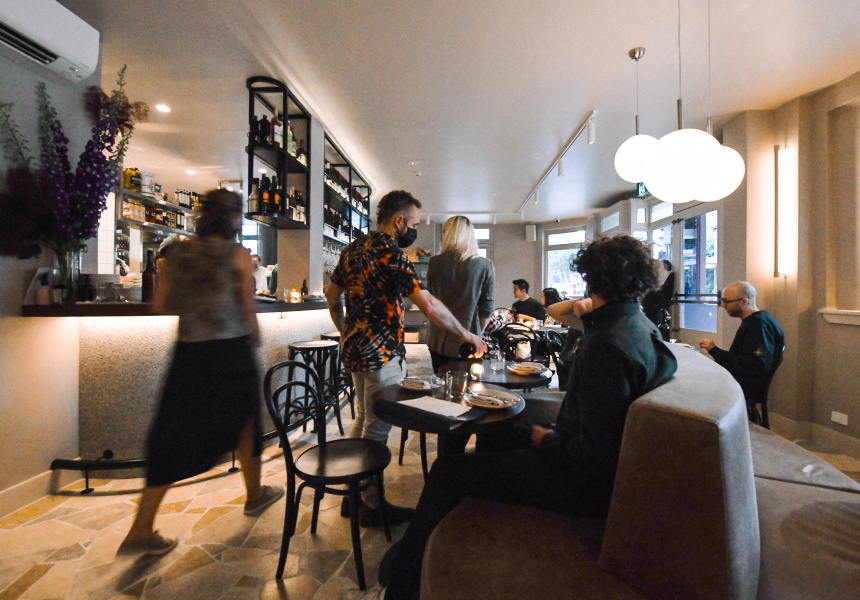 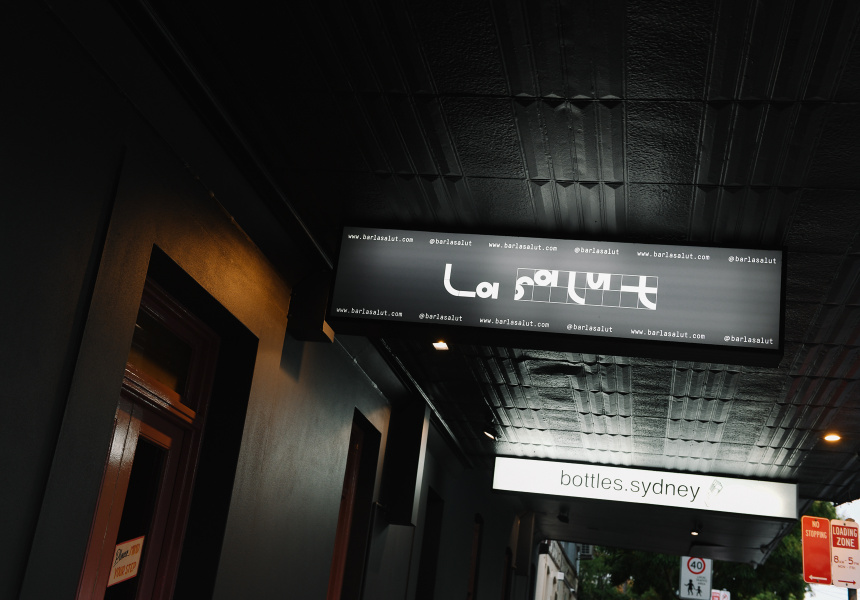 Remember when Sydney didn’t have Love, Tilly Devine? Those were dark days. Tilly helped teach Sydneysiders about wine bars – and now the group behind it is going back to its roots with the opening of La Salut, a Catalan-inspired bolthole in the old sports bar of Redfern’s newly revamped Norfolk House and Hotel.

“Love, Tilly Devine lets us indulge our passion for natural wines and upcoming producers,” Matt Swieboda, one half of the Love Tilly Group, tells Broadsheet. “We have our French side over at Dear Sainte Eloise, and our Italian at Ragazzi Wine and Pasta, so it just made sense for us to go to Spain next.”

The Love Tilly Group, operated by Swieboda and Nate Hatwell, also owns Fabbrica, the CBD store famed for, among other things, the cook-at-home pasta packs that were like warm blankets throughout Sydney’s winter lockdown.

But we are out of lockdown and back in bars, and the group has collaborated with hospitality and accommodation authorities Thepeople_ to bring us the buzzing neighbourhood bar we need right now. Inspired by the culture of the eponymous Barcelona suburb, which is teeming with tapas bars and seafood restaurants, the two groups plan to bring some of that vibrancy to the corner of Redfern’s busy Cleveland and Walker streets. And it’s a far cry from what was there before. Forget the pokies and beer-soaked carpet of the 100-year-old pub’s past. Walk through the pink door, across the terrazzo paved floor, and turn right for Bottles.Sydney – the first of a group of bottle shops from the Love Tilly Group. Or head left for what Broadsheet predicts will be Sydney’s most exciting tapas bar.

The space was designed by interior architect Sarah Watt (Fabbrica and Ragazzi), with inspiration drawn from the work of cubist artist Juan Gris. The arches and curves take cues from the architecture of Josep Puig i Cadafalch and Antoni Gaudi, and the central wooden bar recalls the hole-in-the-wall boozers of Barcelona.

Executive chef and co-owner Scott McComas-Williams was so invigorated from his time spent working in the Catalan city he’s created a menu in tribute to it. But before he found “the best places in the world” in the tiny vermouth bars of Spain’s north – where he also worked at the Michelin-starred Els Casals – McComas-Williams spent seven years under the wing of Movida’s Frank Camorra, rising to the ranks of head chef at Movida Sydney.

“Frank had a huge influence on me, so there are some Andalusian flavours on the menu,” he tells Broadsheet. “I wouldn't be doing what I’m doing without his teaching. But then I fell in love with the Catalan style.”

The menu will constantly evolve but will remain an ode to the Catalan treatment of seafood in all its permutations – raw, tinned, cooked. McComas-Williams, who has the tiniest “kitchen” imaginable behind that grand bar, is keeping it simple by showcasing a pared-back menu that allows the best local fresh produce and imported Spanish preserves to speak for themselves.

Instead of doing a big charcuterie plate, there are three different types of jamon, including two types of jamon iberico, with pan de cristal (Spanish ciabatta) on the side. The bread is baked by Aniruddha Bhosekar at Fabbrica, who also makes “Jatz-like” oven-baked crackers McComas-Williams tops with Cantabrian anchovies, tomato and a manchego custard. Pasture-raised quail from Tathra Place in Taralga is fried and served with a dehydrated morcilla (Spanish black sausage) crumb over the top, and pickled radishes. There are two pinchos a la plancha (skewers cooked over a flat grill): pork neck with whipped cod roe, and hanger steak and liver with potato and sherry.

Lightly pickled mussels, chips, guindillas and a shower of Fabbrica hot sauce is a tip of the hat to a dish that captured the chef’s heart at Barcelona vermouth bar Morro Fi.

“I just loved that simplicity,” says McComas-Williams. “They are so confident to put a dish of mussels and chips out – just two things, but perfectly cooked. I love that concept.”

Mar i muntanya, a melding of foods from the mountains and the sea (yes, surf n’ turf), is one of the bedrocks of Catalan cuisine. At La Salut, McComas-Williams combines butifarra – a Catalan sausage made in-house at Fabbrica – with ground pork, salt and pepper, and tosses it like a salad with clams out of the shell, white beans and broad beans. “Tom (Cleland, chef at Fabbrica) spent all of lockdown working on making the perfect sausage,” McComas-Williams says, laughing.

Vying for space behind the bar are 15 types of vermouth, which are served with an orange wedge, anchovy-stuffed olives, and a small bottle of pour-it-yourself soda. The Love Tilly Group made their name as harbingers of Sydney’s natural wine habit, and the crusade continues at La Salut. Swieboda has curated an extensive list that promotes, among others, drops from the burgeoning natural wine movement around Barcelona, and Vino de Pasto – unfortified wines made from Palomino grapes in Andalusia.

“There is probably nowhere in the world as under-appreciated in its burgeoning natural wine scene as Spain,” Swieboda says. “In our opinion, the current generation is by far the most exciting generation of winemakers to come out of Spain. The generation before saw themselves as being revolutionary by bringing in French techniques and French varieties, and trying to make wines in the style of the best French wines they knew. The new generation is doing the complete opposite. It’s all about recultivating ancient, local varieties, less use of technology ... letting the grapes speak.”

And while the wine list at La Salut is Spanish-focused, the bottle shop is more international in scope. There’s a cute table for two in the corner if you feel like settling in to open your bottle, or a corkage fee to take it into the Norfolk next door.

“For a city that’s been so in love with Italian food for the last period I think people are going to taste flavours that, while recognisable and familiar, are also quite new compared with what they’ve eaten over the last five years,” Swieboda says. “Certainly for my palate there were flavours that felt so different to what I’ve been eating. I think people are really going to love it.” Salud to that. 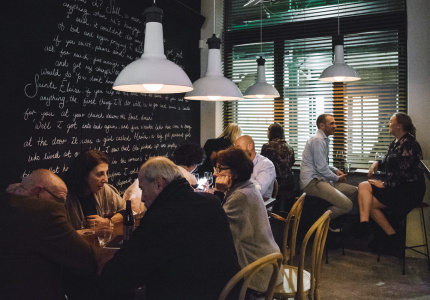