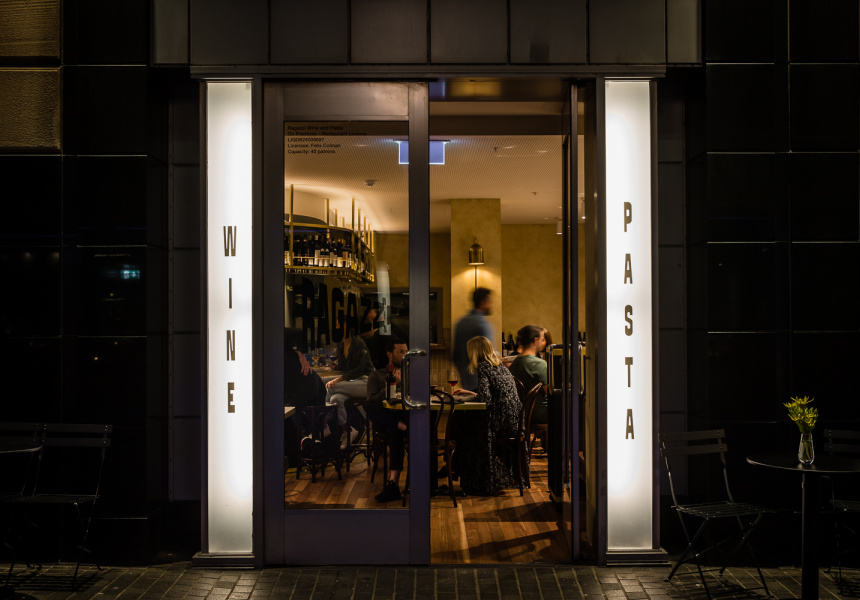 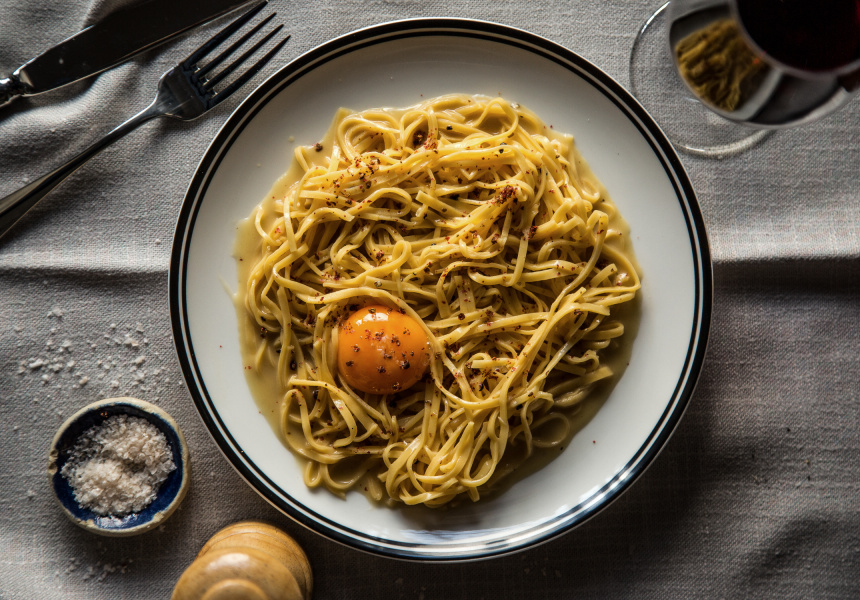 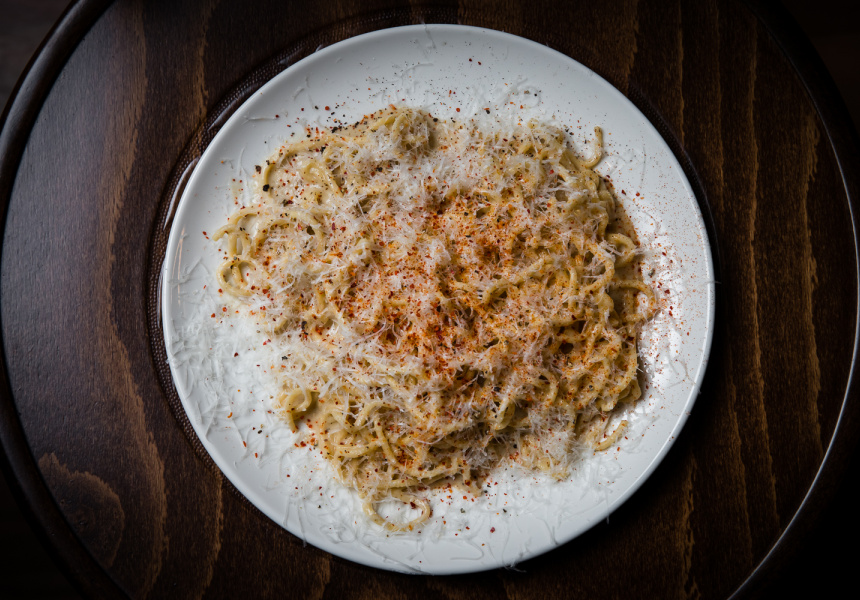 It’s a tiny spot on Angel Place about the size of a local corner store. But, thanks to a long bar that seats 10, it still manages to snugly fit 40 people (pre-Covid). It doesn’t matter that there’s not a lot of space, though, because Ragazzi isn’t a formal white-tablecloth venue. It’s more an Italian-style wine bar, where you go for a vino rosso (red wine) after work or to smash a quick bowl of cavatelli (ovular, ribbed pasta shaped like thin shells) with pipis and house-made pork sausage during your lunch break.

But it’s not pouring only Italian wine. Felix Colman (ex-Movida) runs the floor, offering the 300-bottle-strong wine list and a menu spruiking whatever Williams has decided to make that week. You’ll probably see the cavatelli, a cacio e pepe, and a goat ragu mafaldine (long ribbon-shaped pasta) with ricotta and radicchio on the opening menu, but a week later it may all be different.

Whatever changes though, Ragazzi is always roughly based on a menu structure that reads like this: a handful of snacks, six or so pastas, two bigger protein-led dishes, a duo of salads or greens followed by a dessert, several gelati and cheese.

The venue is a bit more polished than Hatwell and Swieboda’s other venues. The dark and moody room is lined with leather banquettes, with textured walls and dark bentwood chairs.