Visit the British-Italian steakhouse for “posh British pub food”, including Scotch eggs and raw beef on dripping toast, as well as a gin trolley. Scotch egg at the Old Fitzroy 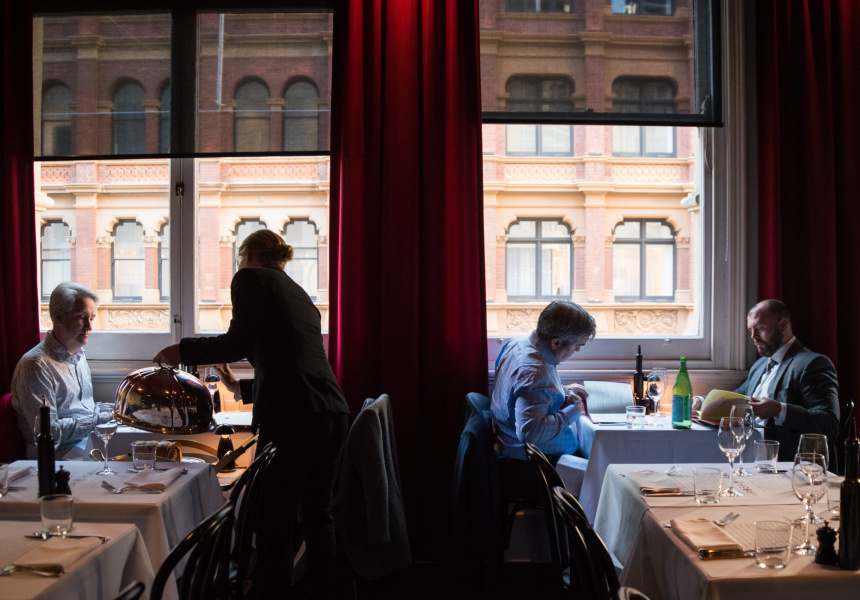 During his yearlong tenure at Woolloomooloo’s Old Fitzroy Hotel hotel, chef Nicholas Hill (also ex-Sepia) served up a British-style menu inspired by his time living in London (where he worked at Notting Hill fine diner The Ledbury). Dishes such as chip butties, Scotch eggs and raw beef on dripping toast brought many Sydneysiders around to the possibilities of British pub food, and the 19th-century hotel became a dining destination in its own right. But last month Hill departed the watering hole (which has yet to reopen post-Covid), in part to begin his own smoked-eel business. But that doesn’t mean he hasn’t got time for other projects – for example, The Milan Cricket Club.

The “British-Italian” steakhouse will take over The Strand’s Roman diner La Rosa from this Thursday, October 1, until the end of the year. And while there’ll be a slight Italian influence, Hill’s well-executed British pub grub will be the star.

“In essence it’s ‘posh’ British pub food,” La Rosa’s owner Nino Zoccali (who also owns The Strand’s other Italian dining institution Pendolino) tells Broadsheet. “It’s pretty much all Nik’s and, given his extensive Michelin-star experience, whilst being pub food, it is also pretty refined and classically rooted in many ways. [It’s] not that out of step with the same kind of interplay of rusticity and refinement that you often get in great Italian food.”

The Milan Cricket Club takes its name from the English-expat-founded Milan Football and Cricket Club, which is now the city’s soccer club, AC Milan. Hill will be cooking similar fare to what was on offer at The Old Fitz. Expect Scotch eggs with Oxford sauce; raw beef on dripping toast; grilled tongue and anchovy; whole flounder with green sauce and lemon; and pig’s head schnitzel. But in a nod to the diner’s Italian element, the star of the menu will be the Florentine T-bone. It will join other meaty menu items such as Berkshire pork, Suffolk lamb and Western Australian Rose Mallee beef – which will all be served with a Yorkshire pudding.

In the coming weeks, expect the British posh pub experience to be rounded out with a gin trolley and an extensive range of English beers. Zoccali also says he’s trying to source some wines from Cornwall winery Camel Valley.

“We are really only known for Italian dining, but … my background is a mixture of Anglo-Australian and Italian heritage,” says Zoccali. “The Anglo side of the family have been livestock farmers for over 100 years in the south-west of Western Australia. I grew up with meat and a strong Anglo-Australian farming culture, along with the Italian side. A few years ago when my cousin started a breeding program for an amazing cattle line called British White, the idea of a British steakhouse kind of just came to me.”

The Milan Cricket Club is slated to open on October 1.