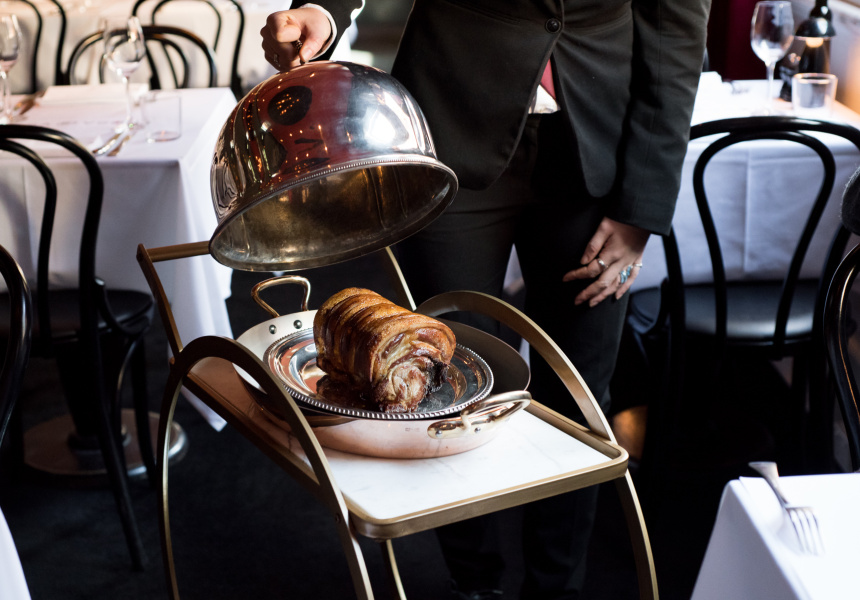 La Rosa The Strand is dedicated entirely to Roman food. It's by Nino Zoccali, who also owns Pendolino. Stinging-nettle spaghetti; lardo and zucchini flower pizza; cacio e pepe (simply butter, pepper, cheese and pasta); saltimbocca; and porchetta are all famous Roman dishes. They're all on the menu.

The porchetta is the main attraction. It’s literally wheeled out on a silver platter and so advertised to diners. It represents the kitchen’s volcanic-rock grill. La Rosa is using it to make Zoccali’s godfather’s smoked black-pig sausage, his family farm’s British white beef sirloin, Suffolk lamb ribs and spatchcock alla diavola.

The wine list has also taken on some flavour from around the capital. La Rosa is importing two award-winning wines from the region.

The rest of the restaurant involves classic white linens, red curtains and dark carpets. The only new addition comes in the form of a bespoke joinery piece at the front entrance; a modern interpretation of a Roman column.