We’ve waited 18 months and endured delay after delay. But last night, one of Australia’s best winemakers finally opened his winery and bar to the public. Head in for outstanding shiraz, chardonnay and pinot; comfy old couches; and free games of pool. 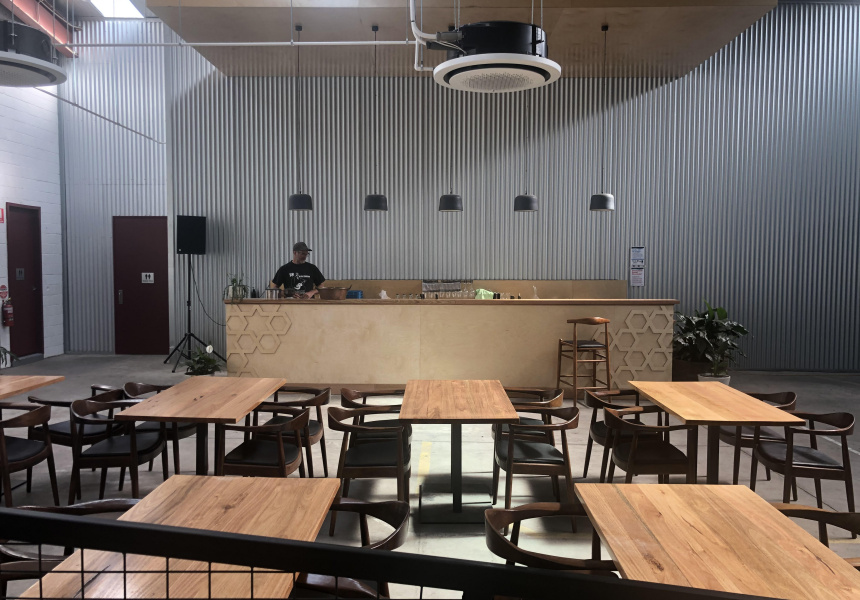 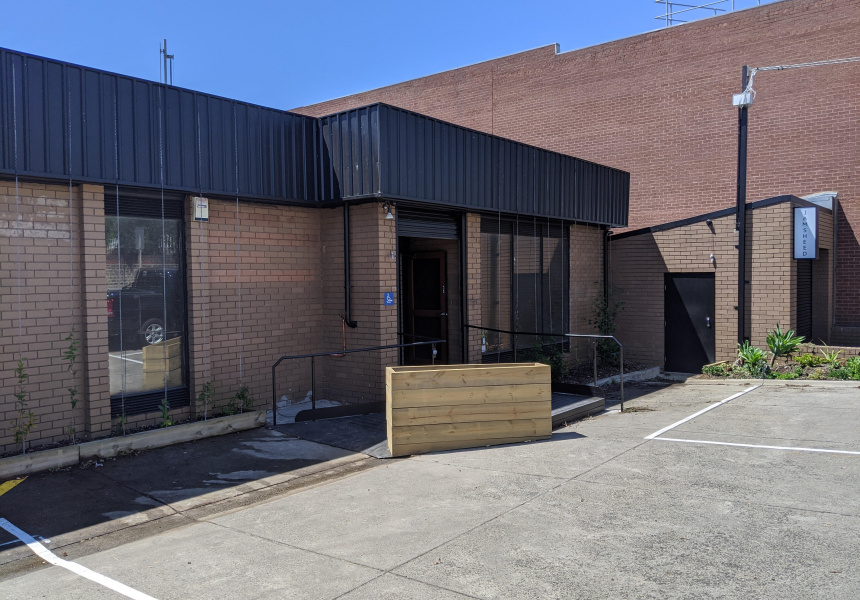 Whoever came up with the adage about death and taxes being the only certainties in life obviously never opened a restaurant or bar. It doesn’t matter how much cash or experience you have – something always goes wrong, blowing even the most carefully planned schedules to bits.

Gary Mills, founder of 16-year-old wine label Jamsheed, didn’t have much cash or experience when he set out to built his first bar midway through 2018. The plan was to open in January 2019. When funds ran short, he launched a successful Pozible campaign, raised $50,000 and announced a new date (“early October”).

Even so, his initial estimate of $25,000 for providing wheelchair access to the lower floor of his split-level warehouse turned out to be overly optimistic, to the tune of another $50,000 or so.

The bar was finished, but by law, couldn’t open until the concrete ramp had been poured.

Fortunately, Mills found a temporary solution. He built a second bar on the cheap at street level, where there’s existing access – something he was planning to do eventually anyway. The two spaces opened last night.

Downstairs, you’ll find an airy warehouse with surprisingly nice furniture, which was acquired when the restaurant Red Spice Road changed locations in the CBD. Above that, at street level, there’s a vintage American pool table (it’s free), old leather and velvet couches and plenty of lamps. It’s meant to feel like an old Irish whiskey bar. Naturally, Jamsheed riesling, chardonnay, shiraz, pinot noir and rosé are available across both levels, alongside basic nibbles such as meat and cheese.

This is just the beginning – the minimum Mills needed to open. In 2020, Thornbury pizzeria Wolf and Swill will install a woodfired oven and start baking here permanently, and aesthetic touches such as timber panelling will be added as funds come up. Same goes for that concrete ramp, which the building surveyor has given Mills three years to complete.

This article was updated on December 21, 2019. An earlier version incorrectly implied that wheelchair access was an afterthought at Jamsheed Urban Winery.

It first appeared on Broadsheet on December 20, 2019. Menu items may have changed since publication.