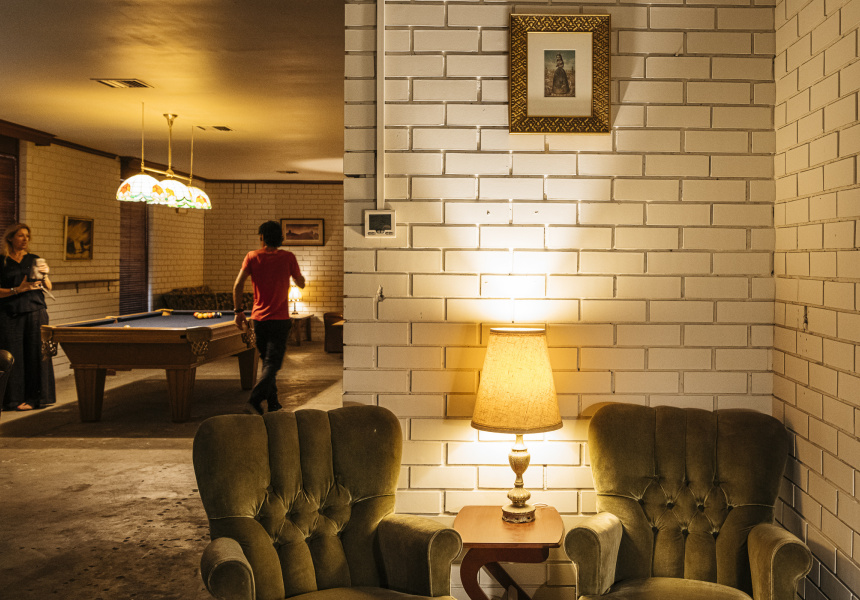 Gary Mills started his winemaking career in Margaret River, WA, and spent several years in California and Oregon. He’s been working under the name Jamsheed since 2003, focusing on single-vineyard Victorian shiraz and aromatic whites such as riesling. He doesn’t ascribe to labels such as “natural” and “minimal-intervention”, but his wines don’t contain added enzymes, acids or other chemicals.

Jamsheed Urban Winery, Mills’s first cellar door, opened in December 2019 inside a huge warehouse. It feels more like a brewery than anything else, right down to the naked floors, sparse industrial-chic furnishings, stacks of barrels strewn about the place and beer taps behind the bar. At street level, there’s a more intimate room filled with vintage lamps, comfy couches and a free pool table.

Hop Nation pale ale, Coburg lager and Bentspoke gose are on pour, as well as Jamsheed’s fresh vintages of pinot gris, sauvignon blanc and sagrantino. Things get most exciting in bottle, though. White wines typically consist of fermented juice but no skins. In contrast, a riesling listed under the heading “Park Wines” spent two weeks “on skins”, to acquire a mild savouriness and gentler acidity. Also under the Park heading: Lemon Haze, an unfined and unfiltered – and therefore, cloudy – mix of barrel-fermented riesling and chardonnay with a distinct citrusy edge. And the crowd favourite, the fizzy, pink-hued Candy Flip pét-nat. At the more serious end of the list, elegant expressions of roussanne, syrah, pinot noir and perfume-y cabernet franc abound in Jamsheed’s Harem and Single Vineyard ranges.