The future-minded wholefoods canteen expands, bringing ethical fast food to the east end of the CBD. 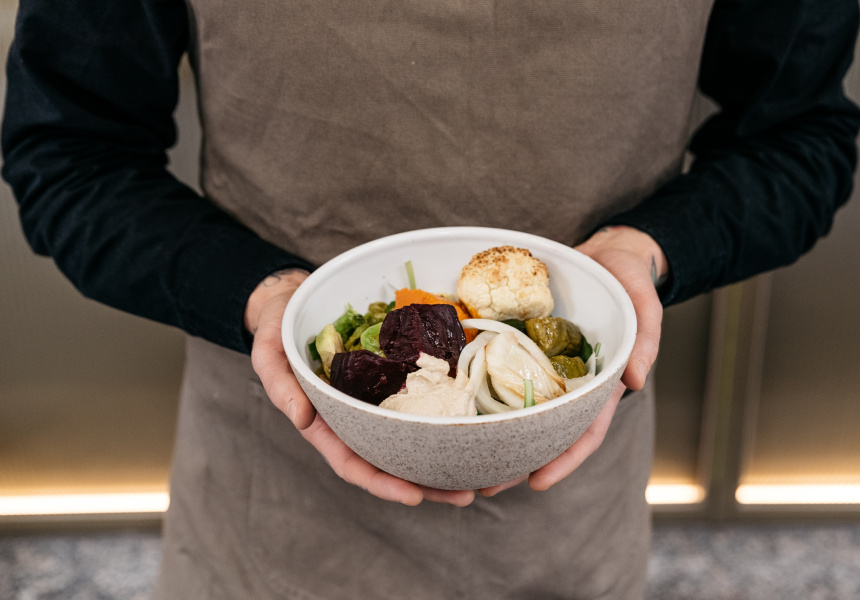 The concept of ethically-produced fast food first arose for brothers Luke, Adrian and Fabian Cala when they began looking into the use of hormones, chemicals and preservatives in mainstream food production. They saw the effect mass production has on the environment and wanted to make an impact.

The brothers opened their first Laneway Greens store in Flinders Lane in 2015, serving salads, smoothies and pressed juices in a slick CBD setting. This was soon followed by a larger 60-seater in Richmond.

Now, the Cala brothers have opened a third eatery on Exhibition Street. The menu will remain largely the same, with a few new sides (roasted kipfler potatoes with vegan mayonnaise, and house-made pickles with hummus) courtesy of newly appointed executive chef Dan Fisher (Sketch London, and Perth’s Print Hall and Ku De Ta), who will oversee all three kitchens.

“We launched as a salad bar and we’re everything but that now,” Cala says. “It’s not driven by health – eat this and aesthetically you’ll change. It’s about connecting us as a society, back to how we used to eat, in order to support ethical agriculture and build healthy communities.”

Drinks-wise, Exhibition Street offers three beers, a cider, and espresso made with Industry Beans. There’s kegged wine, too, some from McLaren Vale’s Jauma, which Cala highlights as a great example of the shared philosophy he hopes to cultivate with all suppliers.

“That was a big win for us,” Cala says. “[The wine is] made only from grapes, there’s no additives, no sulphates. It aligns exactly with what we’re doing.”

The fit-out at the new 55-seat venue is by Projects of Imagination. Benches hand made from salvaged timber line the walls, and clay bricks underfoot are intended to contrast the bluestone corridors of the city.

“We definitely want to be doing a lot more than restaurants,” Cala says. “Ultimately we’re still on a journey. We’re still learning.”

This article was updated on September 6, 2018. Menu items may have changed since publication. 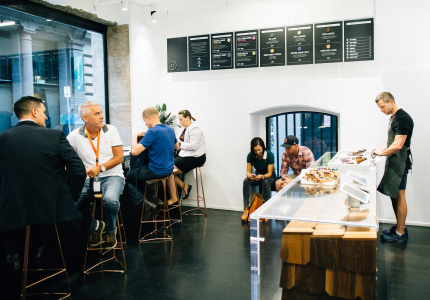 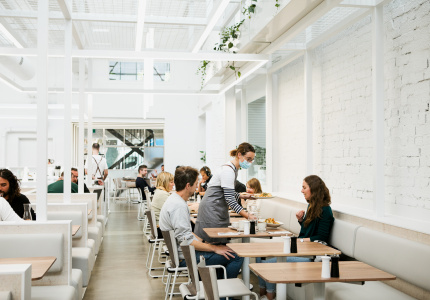