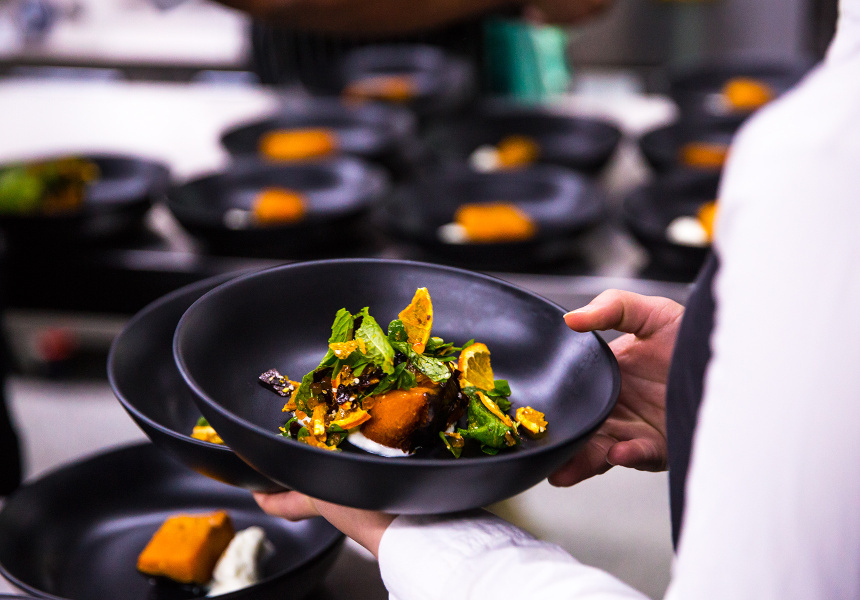 After its first annual instalment last year Tasting Australia returns in April with 140 events across 10 days and 11 regions – from as far north as the Flinders Ranges down to the Limestone Coast.

Bookending the festival will be a “surrealist ball” at the mind-bending d’Arenberg Cube to open proceedings, and the return of 2017’s hugely popular Fresh Wine Disco – a rollicking tasting party of new-vintage natural wines and burgers from Sydney icons Mary’s – at The Manor at Basket Range.

A standout this year is the addition of Tasting Australia Airlines; an all-inclusive, all-day luxury experience for guests to explore the state’s farther culinary regions. The first trip to Kangaroo Island sold out within 48 hours in December. Today additional flights to Kangaroo Island are being released, along with new itineraries to Coffin Bay to shuck and sample oysters fresh-out-the-drink and the Limestone Coast’s Mayura Station, the home of first-class Wagyu beef.

Another addition to the program is the inaugural Tasting Australia Spirit Awards, no doubt inspired by the boom of new distilleries dotting the state. The panel of judges will include Tasting Australia ambassador Nick Stock and whisky king Bill Lark (of Lark’s Distillery in Tasmania).

Following East End Cellars’ popular masterclasses in 2017, the acclaimed east-end wine bar will repeat the formula, including a panel of Masters & Apprentices featuring d’Arenberg’s Chester and D’arry Osborn. Down south, McLaren Vale winery Alpha Box & Dice will deliver a tasting of its entire catalogue, or “alphabet” of wine for the first time (not even the winemakers have done it) with food from Adelaide’s star chef Jessie Spiby.

Simon Bryant and Jock Zonfrillo return as festival director and programming director, respectively, with industry legend Cheong Liew as patron. “Tasting Australia continues to evolve but one thing is constant – the support and skill of our local industry,” says Bryant. “It’s always exciting to see the public get out and meet producers, try new ingredients, sample different wines and share their experiences during the festival.”

“Adelaide is a hotspot in Australia’s current wave of creativity in food and wine,” adds Zonfrillo. “So for some of the best experiences in the country, keep an eye out for Tasting Australia ticket releases, as they won’t last.”

Tasting Australia runs from April 13 to 22 across South Australia. For more information and to book tickets visit tastingaustralia.com.au