The small-scale McLaren Vale winery topping wine lists all over the country. 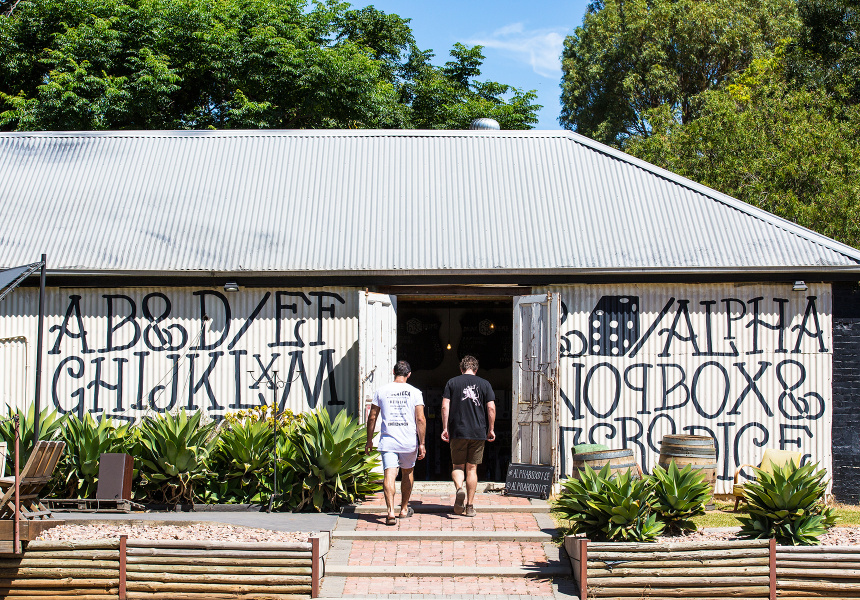 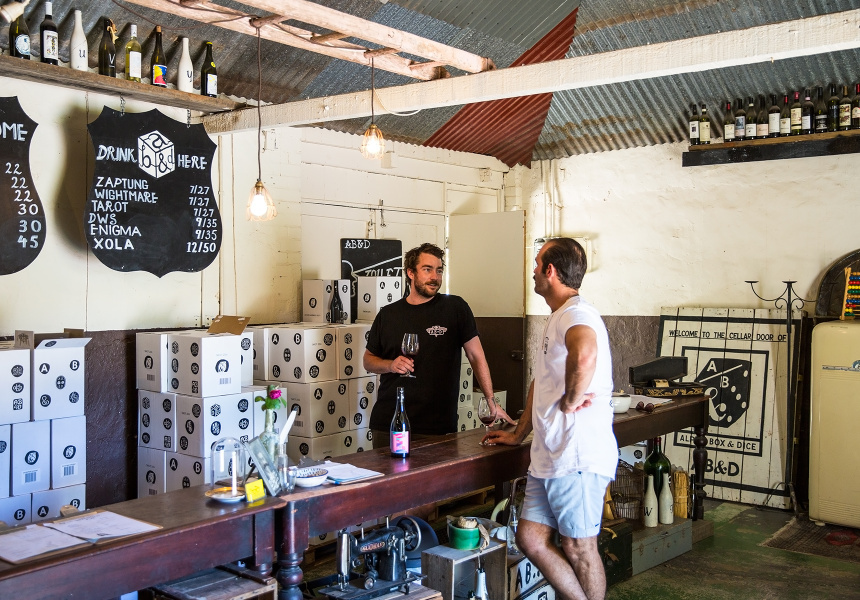 What do Attica and Tipo 00 in Melbourne, The Apollo in Sydney and Happy Boy in Brisbane have in common? On each of their wine lists, you’ll find Alpha Box & Dice – a small-scale winemaker with roots in a world-class South Australian wine region.

Its team of young guns constantly push the envelope, experimenting with progressive, mostly European varietals. Grapes such as nero d’avola, dolcetto and ripasso are steeped in hundreds of years of Italian history but still aren’t on high rotation in the Australian market.

“These aren’t revolutionary ideas,” says Alpha Box & Dice managing director Dylan Fairweather. “These are brilliant styles made around the world [that] come in and out of fashion.” Despite being an easy sell, “shiraz doesn’t necessarily work on every vineyard in the country.”

Alpha Box & Dice got its start in 2008. Fairweather took the reins in 2013, evolving what he says was “more of a hobby, [into] a fully fledged winery.”

So what’s in a name? “Alpha” stands for alphabet; “box & dice”, a complete collection. An “alphabet of wines” might sound like a gimmick. It isn’t.

“We don’t have native grapes [in Australia] so we have to use varieties from all over the world,” explains Sam Berketa, who’s just wrapped up his second vintage as head winemaker. Each patch of dirt has its own climate, soil and terrain that affects a wine’s make-up. Assigning a letter to each wine is a way of cataloguing its growing region. Labels are purpose-designed around a particular letter to match the wine’s personality. “Penfolds use bin numbers; we use letters,” says Fairweather.

Unlike Penfolds, Alpha Box & Dice doesn’t have its own vineyards. Grapes are sourced from farmers across South Australia. Some are high-level biodynamic or organic growers. Others are “salt-of-the-earth” types with no winemaking experience, who just happened to plant the right thing at the right time. In striking “handshake agreements” and forging relationships, “the idea is that we never have to put out a bad wine,” says Fairweather. “We’ll only take [grapes] if they’re up to scratch.”

Championing South Australian-grown fruit calls for minimal intervention. “It’s a bit stereotypical to say – these days – “expression of place” and all that sort of shit,” says Fairweather. “That’s a given. It’s really about trying not to dampen or hide things – not hiding behind oak or the old-school re-acidification, and high levels of sugar.” Berketa agrees: “A wine will tell you when it’s screaming out for sulphur; it’s like a neglected child. If I don’t have to add it, I won’t.”

Swimming against the tide of his business background, Fairweather takes more of an artist’s approach. “Really, it’s [Berketa] messing around and having fun with things we love ourselves, and hoping we can find other people to like it.” Berketa adds: “I guess it’s reverse-engineered in that sense.”

Trial and error helped birth their first, soon-to-be-available rosé. “It’s actually chardonnay passed back across grenache skins … rather than blending red and white, or a bleed-off of a red wine,” says Berketa. “I’ve never heard it done like that before.” Kit & Kaboodle, an upcoming non-vintage red wine, also bucks the trend. “A lot of people would be scared, at first, because they’re used to seeing a [single] year,” says Fairweather. The blend of five different vintages creates “varying textures and layers.”

Throwing out the rulebook, and allowing the product to determine its market (rather than vice-versa), isn’t always as liberating as it may seem – especially in the wine world. “[It’s not] a consistent product,” says Berketa. Fairweather chimes in: “Consistently inconsistent.”

Not every wine is made every year. “We’ll keep the philosophy [of each letter],” Fairweather says. “Mistress, for example, is an Iberian Coast blend so we’ll stick to that but the make-up will change” to reflect the growing season.

Cracking the export market with products that “aren’t necessarily market-driven” or mass-produced, sets a challenge. But going against the grain, often side-stepping what’s on trend, has opened up a whole new marketplace. As it stands, Alpha Box & Dice can be found in the UK, the US, Canada, Denmark, Sweden, Hong Kong, Singapore, Thailand, Korea and Taiwan.

Its eclectic McLaren Vale cellar door echoes the wine’s unpretentiousness. “What kicked off as a very rudimentary shed has changed very little since then,” Fairweather says. “It constantly evolves but never really changes.”

The Life Improvement Plan is its “wine club”. Subscribers Australia-wide can get six or 12 discounted wines every six or 12 weeks. Choose a mixed variety or reds only. Surprise, “life-improving” gifts are thrown in to sweeten the deal.