Crafted in a new Marrickville distillery. 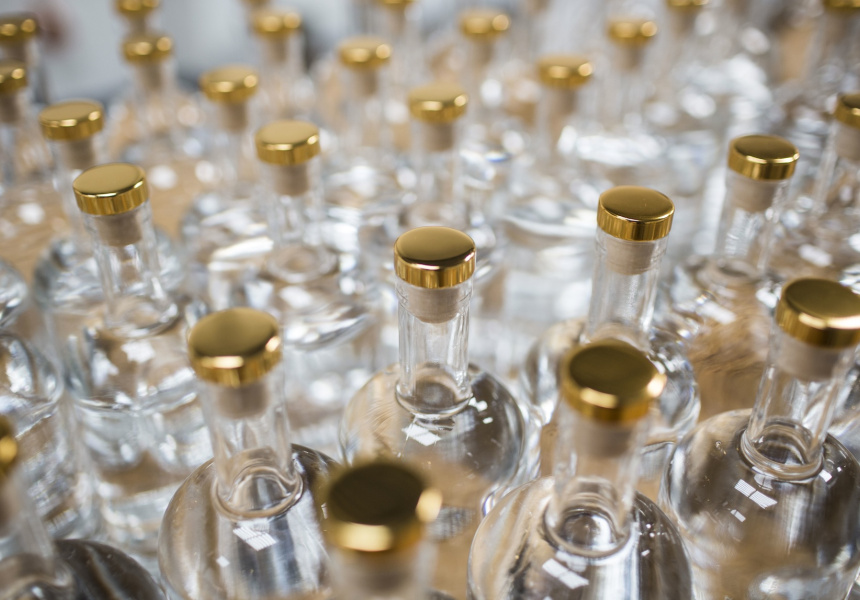 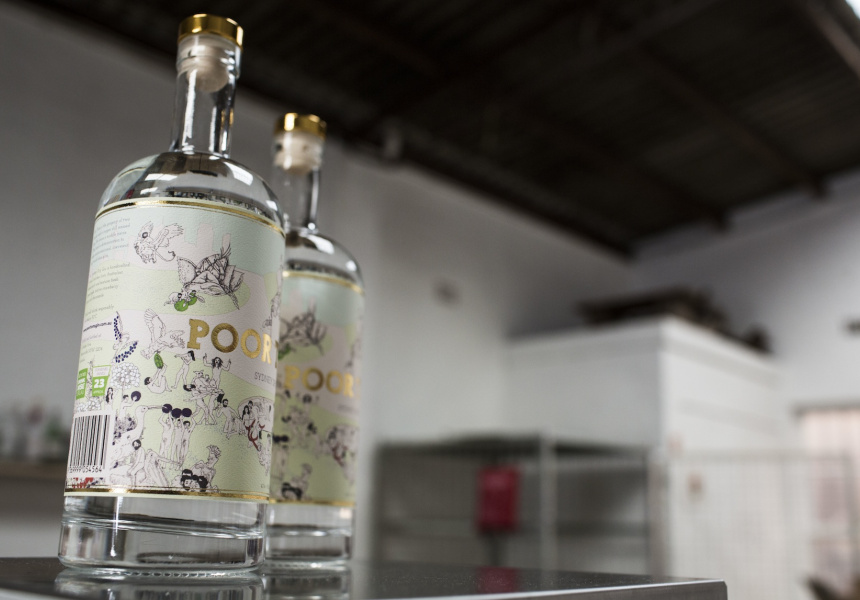 Poor Toms distillery looks like an alchemist’s laboratory displaced in time. One end of the whitewashed hall has trestle tables folded over, hard hats and stacked cardboard boxes. The other has rows of mysteriously labelled coloured bottles, exotic smells and a copper still that’s tentacled and undulating like a steam-punk octopus.

It’s the playground and workspace of Griffin Blumer and Jesse Kennedy, two Canberrans who’ve abandoned less romantic lives to pursue a dream of craft gin. Kennedy, formerly a rather bored Macquarie Bank drone, and Blumer, previously flitting between working on stage and behind a bar, dreamt up Poor Toms Gin after weeks of experimental distilling in their Marrickville share house. It wasn’t long before they made an order for a custom-made German still and created a Pozible campaign that’s already raised more than double of what they asked for to fund their first batch, called Sydney Dry Gin.

“We wanted to do a craft distillery because craft gins are better. Using a small still on a small scale you can pack a lot of ingredients in and still get a clear, clean, dry gin,” Blumer says. Originally the two friends planned to simply experiment their way into professional gin production. “That was the plan pre-Marcel. Marcel came along and gave us a lot of direction,” says Kennedy. Marcel Thompson is the project’s gin mastermind. He’s been in the industry for 28 years. Both Kennedy and Blumer describe him like a serendipitous gin scientist who comes and goes as the gin needs him.

With Thompson involved they professionalised their process, which was particularly important when it came to sorting and judging every one of the 100 ingredients in Kennedy and Blumer’s compilation of possible gin flavours. “Neither Jesse or I have a scientific background, we would have just been throwing things into the still. Marcel was very strict on us just using one variable each time, so we could use the knowledge that we gained.” That’s the source of the mysteriously labelled brown bottles; each one represents an individual distillation of a flavour.

The flavours themselves read like the ingredients to a shamanistic potion. The current batch contains angelica, a sweetly scented root popular with indigenous Fins, cubeb, a pepper with different medicinal properties depending on which country’s ancient texts you read and strawberry gum, a powder derived from a NSW eucalyptus that smells somewhere between strawberries and freshly mown lawn. Each of the flavours are added to the gin’s base (made with a blend of dried juniper, coriander seeds, angelica root, cinnamon and cardamom) and then meticulously analysed for its effect on the gin’s flavour and aroma. “The aim is to balance all those flavours out to get something that is an expression of gin.” Blumer says one of their main goals was to be distinct from the conservative production of London-style dry gin, which relies on a basic list of traditional ingredients.

The final product is incredibly nuanced. It’s sweet, dry, floral, lingering and marked with a list of nostalgic flavours. After months of trials, with some horrific mistakes (apparently kelp flakes are a terrible gin aromatic) Blumer and Kennedy admit they’re stoked with the current product.

Unfortunately, it’s not yet available outside their Pozible campaign, but that will change in the next two weeks when the campaign ends and they start wholesaling. As for the future, they only know that they’re keen to keep experimenting, the first batch is simply the trial run.

From September you’ll be able to tour the distillery, keep an eye on the Poor Toms Gin website for details.