This little-known Ultimo eatery specialises in martabak manis, a “heavenly yummy” sweet pancake that can be loaded with anything from peanuts to cheese to chocolate (or all three). When you bite in, molten butter drips down your arm. 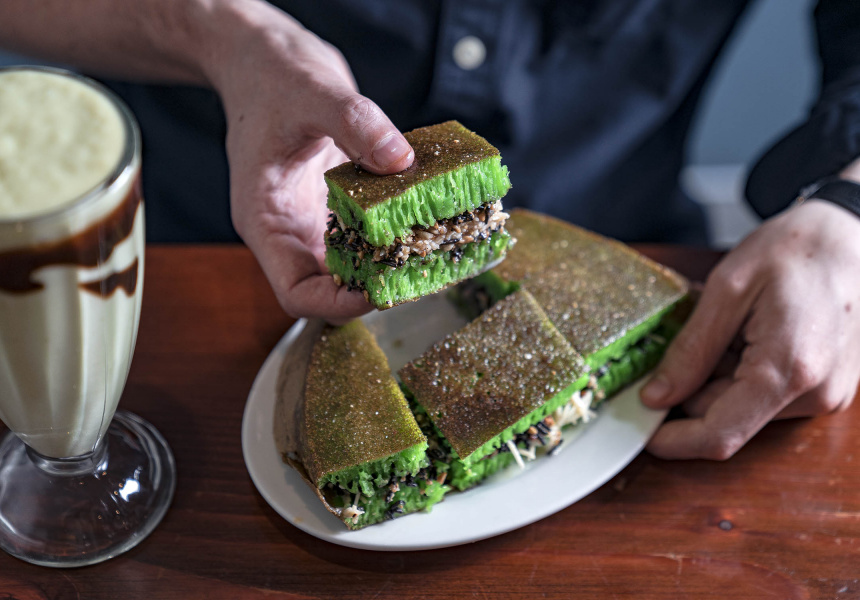 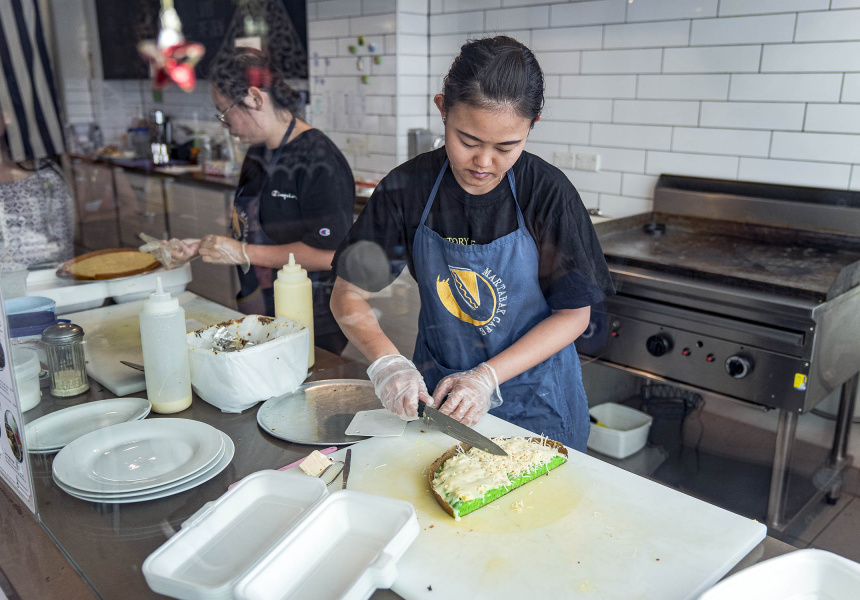 Martabak manis is pure dessert hedonism – the kind that requires you to say, “Screw it, give me the most delicious option, and I don’t care how many calories we’re talking here”.

To make it, you begin with a slightly sweet batter of flour, eggs, coconut milk and baking soda (and sometimes pandan, which is added for colour and flavour). That mixture is poured onto an iron grill that’s been generously smeared with butter. As it bakes, the bottom crisps and the top puffs up like a pancake, but with many tiny holes – kind of like what you’d see on the surface of a crumpet.

While it’s still on the pan, another round of butter is added, which slowly trickles into each perforation as it melts. Then it’s time for toppings. Traditionally – and we’re talking 150-plus years ago in Fujian, China, where the dish likely originated – that would have been peanuts and sugar, but in Indonesia, and here at Martabak, it’s any combination of durian, condensed milk, chocolate sprinkles, cheese, banana, sesame seeds or Nutella. The most popular option is chocolate, cheese and peanuts, with an avocado shake on the side.

Finally, the sweet pancake is folded over itself like a massive dessert omelette. The crust is crisp. When you take a bite, molten butter drips down your arm.

Martabak Cafe is just one of two places in Sydney to get good martabak manis; the other is Rosebery Martabak in Kingsford. The reason you don’t see it more often? “It’s really hard to make,” says Merry Gita, chef and co-owner of Martabak Cafe. “If you cook something [and you don’t get it right], you can add something at the end [to fix it]. If you’re missing salt or sugar, add it at the end. This is baked, it has to be successful. You can’t redo it.” Gita became obsessed with martabak manis as a kid. In her hometown of Surabaya (a port city in Java, Indonesia) her dad would take her to a local street stall after sunset. “The first time I ate this, I loved it. I didn’t eat it with anyone, I didn’t want to share,” she says.

As soon as she was old enough, she started to make the dish, and now she makes it daily at her cafe in Ultimo. She arrived in Sydney as an international student to study finance, but her Indonesian friends – and everyone else who tried her martabak manis – told her it was the best in Sydney and suggested she sell it. She didn’t have any hospitality experience, but opened Martabak Cafe with her partner Herman Gita in 2014. “I knew the taste was good,” she says. “If something isn’t successful, that’s just part of the journey.”

The restaurant launched with a small menu that also included savoury martabaks (totally different to the sweet version – more like fried roti stuffed with curried meat or egg) and nasi campur (rice served with sambal, peanuts, cucumber egg and either rendang or kari (curry) chicken).

But six years on, the massive, laminated menus include rawon (a black soup made with a rare nut called keluak); fish cakes served with egg noodles; Surabaya-style dumplings with peanut sauce; and more. But it’s still the martabak manis that brings in the crowds.

“Everyone is here for martabak. Maybe they’ll dine in [and eat something else], but they’ll always take away the martabak manis,” says Gita. “It’s heavenly yummy.” 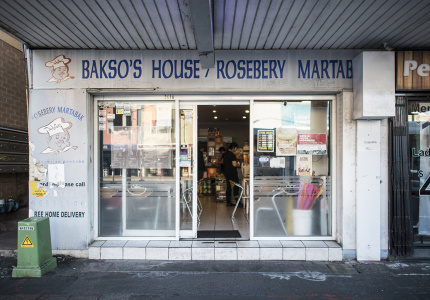