Australian-Grown Coffee with Jack of Harts and Jude

We meet two brothers championing the Australian coffee cause. 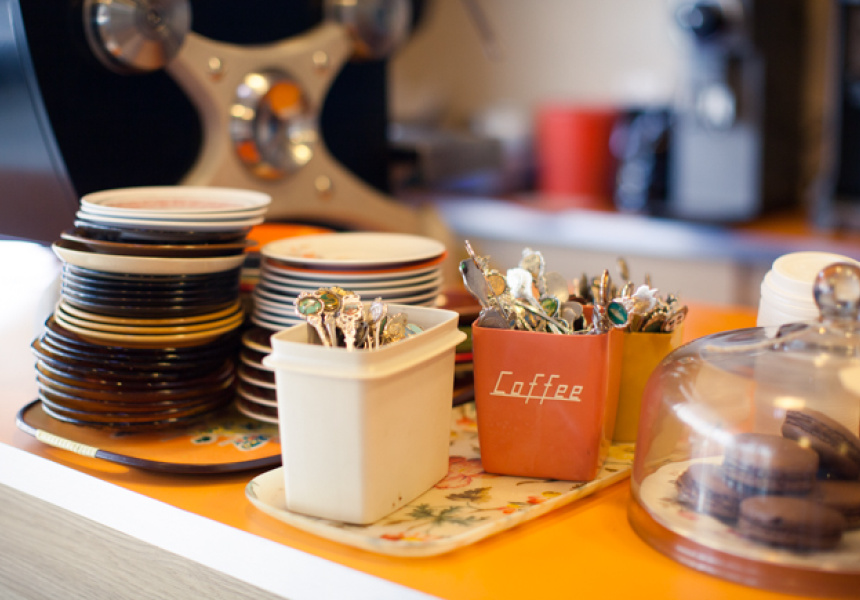 When you think about the ideal environment for growing high-quality coffee, Australia isn’t the first country that springs to mind. Images of tropical jungles and high-altitude mountains abound, as opposed to scrubby, eucalypt-scattered bush. But two brothers are steadily working to change that perception and they’re starting at their own cafes.

“Coffee is really only grown between the tropics of Cancer and Capricorn,” says Rhys Hart, his brother Owen nodding in agreement. Behind them, in the mock caravan surrounds of Left Bower cafe (one of two Hart family venues, the other being The Jack of Harts and Jude in Engadine), regulars chatter and sip on today’s brew, which is 100 per cent pea-berry.

“Coffee is typically grown at higher altitudes because it’s a slightly cooler climate in those [tropical] regions…and away from the fungus and bugs. But Australia has the ideal climate, without the bugs. Look at the Byron Bay region: the great temperature and sub-tropical climate virtually mirrors the high altitude places in the tropics.”

Both of the brothers’ cafes serve and sell their own brand coffee under the label The Big Marquee and all of it is 100 per cent Australian. They source green beans from farms along the north-eastern coast and down to Berry, mixing it up depending on the season and availability. To top it off, they assert that these are some of the finest beans in the world, with Australian product being exported to Germany and Japan among other countries. “We’re so isolated in Australia that we don’t have anything like the bora beetle or the rust virus to affect our coffee,” says Owen. “We’re the only country in the world that doesn’t have these problems, so we don’t need to spray for them.”

As a result, Australian coffee is naturally lower in caffeine, which a coffee plant produces as a stress response to limit predators. “Our coffee is smooth and low in caffeine because nothing in Australia eats coffee, so the plant has no need to waste its energy producing a level of caffeine to protect itself, and that’s why its so sought after by the overseas market, because you can have a few cups and you’re not wired,” rejoins Rhys.

But the health benefits of a good Aussie brew don’t stop there. “After finding out what happens to coffee when it’s imported and the fumigation process it goes through, well I don’t want that in my body, pure and simple,” he continues.

But for the Harts, Australian coffee simply tastes better. And there’s a growing international market that agrees. “I’ve tried everything and roasted everything and I am yet to find better beans. Our industry here has been established for over 100 years, but we export 97 per cent of our crop to boutique roasters in Asia, North America and Europe, and they pay a fortune for it. But there’s still this cultural cringe that we have about our coffee.”

That, along with the high cost of Australian beans, has seen them effectively kept out of the local public eye.

With most of the best beans heading out of the country to savvy international buyers, it’s difficult to obtain beans for domestic roasting at a viable price. But there’s growing interest from customers and cafes, and the boys are hopeful that – as with Australian wine – we will come to realise that we grow some extraordinary coffee right in our own backyard.

For now, there are some benefits to staying small. While the boys can’t commit to supplying large orders for Australian buyers, they are able to tweak each batch for best effect, blending beans at their peak and paying close attention to the fine nuances of each small batch.

All we can say is, you best try them before everyone else wises up, because this is one of Australia’s best-kept secrets. 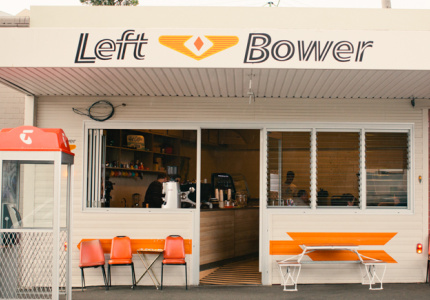