Produced by Broadsheet in partnership with Biennale of Sydney

For 13 weeks only, The Cutaway in Barangaroo has been transformed into an immersive nature-themed exhibition with tucker from Mary’s and Campari cocktails. In partnership with the Biennale Of Sydney, we take a look inside. 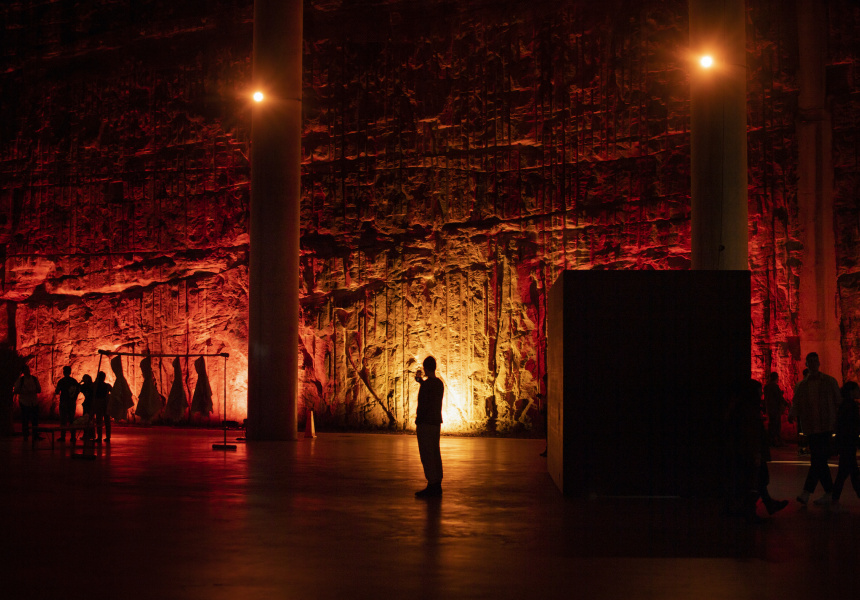 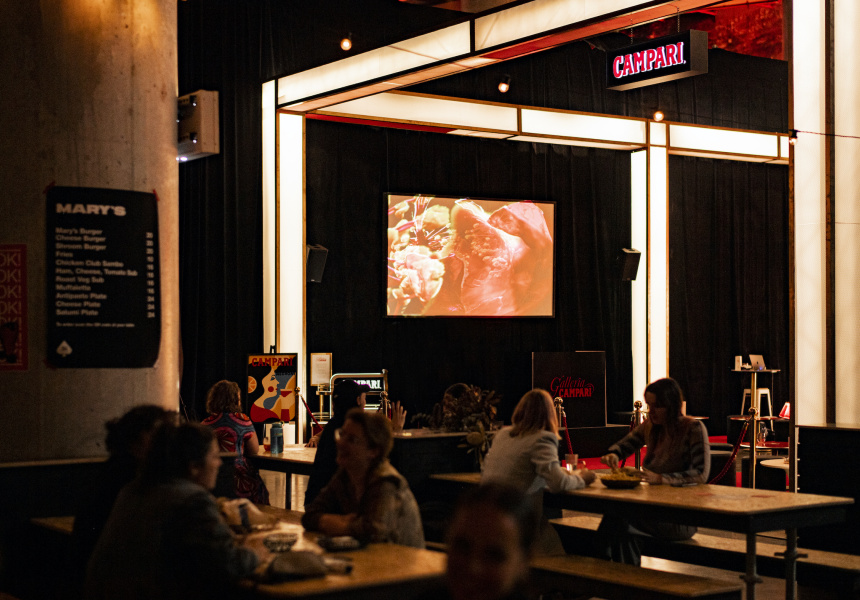 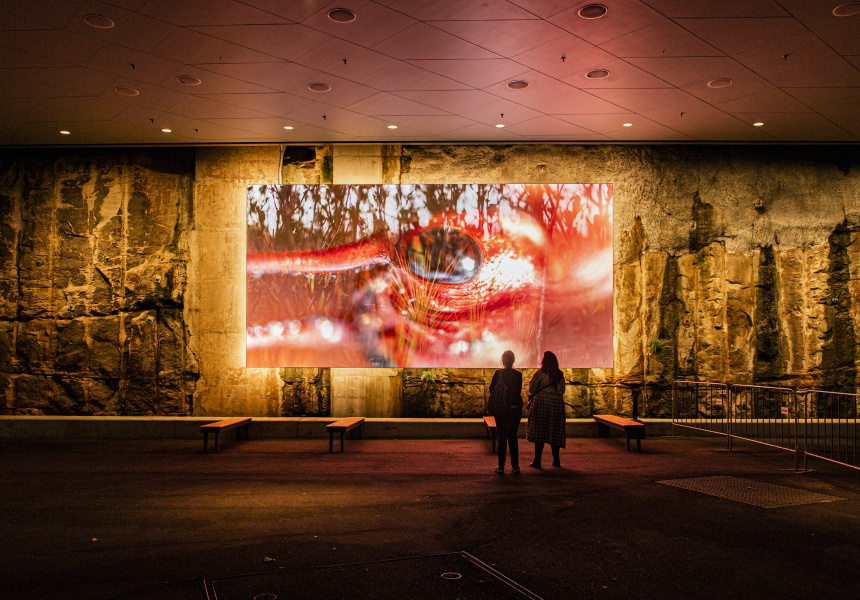 Raw, expansive and subterranean, The Cutaway at Sydney’s Barangaroo Reserve is stunning at any time. But if you go between now and June 13, you’ll be more dazzled than ever. For the duration of the 23rd Biennale of Sydney, titled “rivus” (Latin for “stream”), The Cutaway is home to an impressive exhibition of living artworks that’ll leave you in awe – and maybe a little bit fearful – of nature.

What to see
A variety of weekly programs is on offer, based on themes inspired by the idea of rivus – from Sustainable Existence to Alternative Pedagogies. All walks, talks and shows at the Art After Dark series are free, as is entry (all you need to do is register your attendance). Make a hump day plan with pals to participate in performance; watch cutting-edge contemporary films from around the world; and eat, drink and be merry. You can leave the kids at home, or bring them along for age-appropriate activities.

The divergent program streams aim to show how connected we are – or should be – to the natural world. “Rivus teaches us about our interdependence with nature; there are metaphorical and literal ecosystems within ecosystems that show how we as humans are not the centre of the universe,” says Roca. “We can and should collaborate with others towards a common good.”

Reminders of our world’s indigenous populations, including Australia’s, are abundant. “Indigenous populations have forever lived in harmony with nature and the bodies that sustain them,” says Roca. “We [colonisers, migrants] are the only ones that haven’t been able to strike a balance with the territory that supports us and feeds us.”

The Biennale includes the works of 63 individuals that identify as indigenous from different parts of the world. ‘River voices’ at the entrance serve to remind us of all that nature’s afforded us – from food to art.

What to eat and drink
The art space is part-restaurant and part-wine-and-cocktail bar. Every Wednesday throughout the Biennale you can head into The Cutaway from 5pm to 9pm for Art After Dark and dig into food and drink from some of the city’s most beloved venues while admiring the unique exhibition.

Campari has also collaborated with Sydney musician and composer Megan Alice Clune to bring Wednesdays Up Late at Galleria Campari. Grab a cocktail (or a funky wine from P&V if you’d prefer), get your hands on a classic Mary’s beef burger (or veg burger if that’s your style), and tune out to Clune’s program of experimental and classical music, set alongside mesmerising projections by artist Carla Zimbler. There are plenty of reasons to go back multiple nights.

This article is produced by Broadsheet in partnership with the Biennale of Sydney.

Produced by Broadsheet in partnership with Biennale of Sydney Learn more about partner content on Broadsheet.