Lawn Bowls on the Edge of the World

Perched on the cliff over Clovelly, a patch of Sydney’s most prized real estate houses one of the city’s best-kept secrets. It's hard to imagine a more magnificent spot in the entire world to play a game of lawn bowls than the Clovelly Bowling Club.

Standing out on the green, the manicured grass is like a carpet floating high above the cliffs. The view is breathtaking. Just below, the shimmering turquoise of the ocean gently rolls this way and that, stretching out towards the horizon. The coastline unfurls in front of you; a ragged, rocky wall punctuated by the sandy coves of Bronte, Tamarama and Bondi, and in the other direction, Coogee and Maroubra.

This is some of Sydney’s most prized property. And in a town obsessed with real estate, where the local newspaper covers every movement of the market in lurid detail, the Clovelly Bowling Club and its spectacular perch between some of the city's most popular beaches and most-sought after residential areas, remains a splendid anachronism in a city where wealth seems too often to triumph.

The club was formed in 1947 when Randwick Council agreed to lease a portion of Burrows Park to a local committee keen to establish a new recreation facility. Two greens and a clubhouse were constructed. Even back in the early days, members knew they'd gotten a good deal. A club pamphlet from the 1960s reads, “The situation of the clubhouse is outstanding. On the Eastern side there is a commanding view of the Pacific Ocean and the coastline to north and south – a view that is ever changing and one that will always be a delight to members and visitors.”

Presiding over the club today is the honorary secretary John Duffy. A schoolteacher, he is currently on his second three-year stint as leader of the club. A lifelong local, he was nominated for the position on the basis of his long association with the club, and the deaths of previous board members.

Duffy is a keen historian and is eager to talk of the club's past. He explains the financial difficulties of the late ‘80s when the club came very close to going under. A planned merger with East Leagues Club was scuppered by community opposition. A merger with an Italian community club, who now play bocce on the greens at Clovelly, provided an influx of over 200 new members - “A terrific addition to the club,” says Duffy.

Weekend barefoot bowls, which attracts a younger crowd, has also helped the club's books. As have endeavours like renting out the function room, which goes cheap, despite the fact that it offers sweeping ocean views from every window. Then there are the punters who just stop by for a drink or two at the bar, where the prices remain astonishingly low. The club's key mission is evident on weekday mornings when the regulars, resplendent in their crisp white playing garb, crowd the greens, eagerly following the progress of their game. Afterwards, they stream into the clubhouse, milling about and talking, some clutching sweating schooners of cold beer, others cups of milky tea. It's in the clubhouse, with its red leather seats, garish blue carpet and cigarette machine in the corner, where you soon realise that the game of lawn bowls is not all what this is about; it's about socialising and friendship.

At a time when other bowling clubs struggle to balance the books – nearby Kensington Bowling Club closed earlier this year – Clovelly boasts a rising membership and enough funds to begin upgrading the ageing clubhouse with better facilities. But Duffy is also aware of the advantages Clovelly has that clubs like Kensington didn't, “There's no doubt the location has aided the viability of the club,” he says.

But whether the club stands for another 60 years remains to be seen. Wander along the streets overlooking the club and you'll notice that scattered in among the modest bungalows and '60s era blocks of flats is an increasing number of newer homes that aren't so modest. Clovelly, like much of Sydney, is changing. Duffy admits that, “there may come a time when a government may want something different for the site,” but he's quick to add, “I hope it's not in my lifetime.”

Rules of the Game 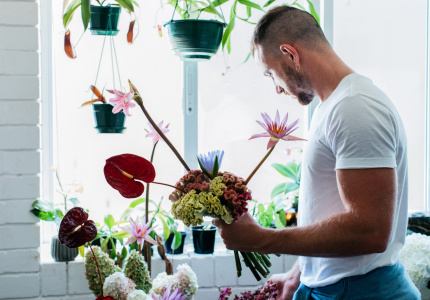 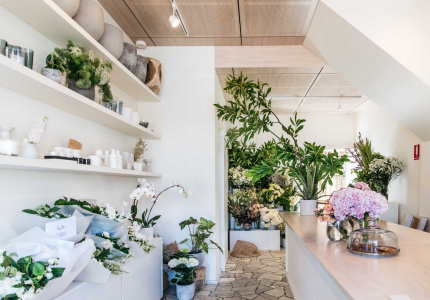