It’ll be open year-round, with a fiercely Victorian mission: to stock 100 per cent local booze. Arbory Afloat is getting a river rival.

In March, Melbourne will score a new two-level, greenhouse-like floating bar and eatery in Southbank. And it’ll be open all year round.

Called Yarra Botanicals, the space will be filled with native plants and indigenous aquatic vegetation, and there’ll be a lush herb garden and another with edible plants. Plus, it’ll seamlessly flow from indoors to outdoors (so you can soak up the sun in summer and avoid the rain in winter), decked out with cushy booths, day beds and huge umbrellas.

Behind the river-riding venue is hospo group Australian Venue Co. It operates 170 venues nationwide, including a raft in Melbourne – Kewpie (the former Bimbo) and Perseverance on Brunswick Street, and Richmond’s Harlow among them.

But Yarra Botanicals has a singular, fiercely Victorian mission. “We’ve committed to investing $20 million into Victorian beverages over three years, and are proud to support the Drinks Victoria campaign,” Paul Waterson, Australian Venue Co CEO, said in a statement.

It’s a similar approach to that of the aptly named Victoria, a soon-to-open riverside restaurant by the Farmer’s Daughters team, which will also put local produce front and centre.

At Yarra Botanicals, the drinks list will have a heavy gin focus (cocktails will be garnished with herbs grown on board), while the food menu will centre around ocean-fresh seafood and woodfired pizzas, with some pub-inspired snacks thrown in.

Yarra Botanicals is slated to open in Southbank in early March. 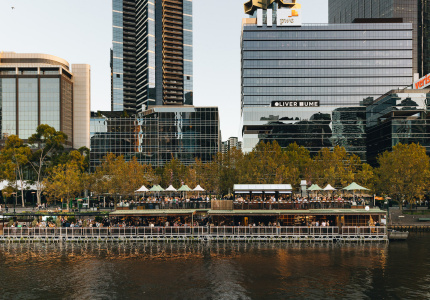 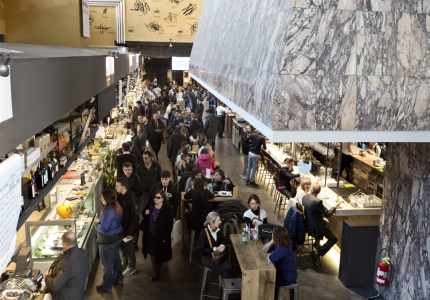