There’s a labyrinthine CBD institution that’s been around since the early ’60s, a handsome art bookstore that looks more like a design boutique, and nearly 30-year-old queer bookshop that’s become a community hub. Trawl these shelves for new releases, classics and more obscure titles. 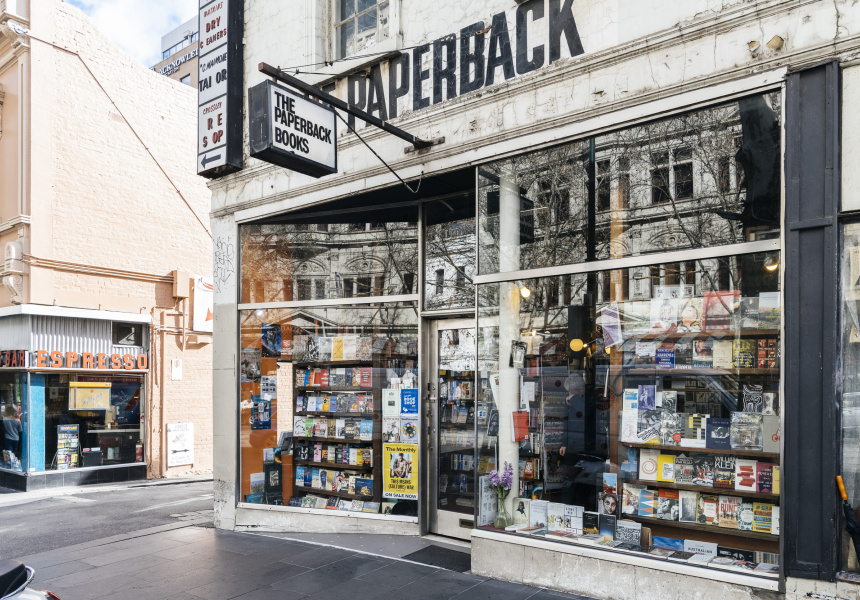 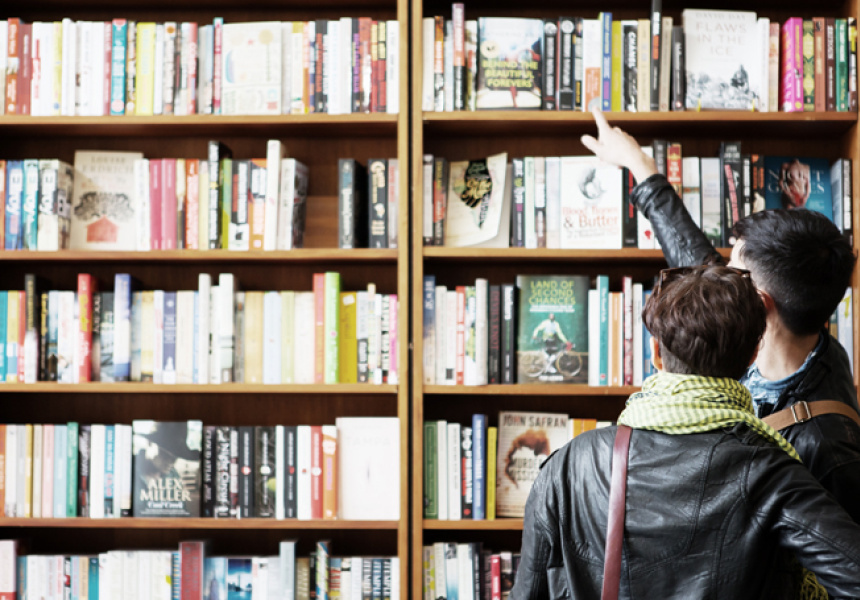 Despite stiff competition from online retailers, bookstores are here to stay – and Melbourne is absolutely teeming with them. The independent bookstores of today offer far more than just shelves of books. They’re highly specialised, community-driven and they’re beautiful places to spend time. Here are five of our favourites.

Hares & Hyenas
Since opening in 1991, Fitzroy’s queer bookstore Hares & Hyenas has expanded from a place to buy books, into a cafe, community hub and performance space.

Co-owner Rowland Thomson says it’s always been about filling a gap for the queer community. “Back then, there were a lot of titles that just weren’t available in Melbourne, and we wanted to bring them out,” he says.

After nearly three decades in business, Thomson cites Timothy Conigrave’s memoir Holding the Man as the shop’s biggest seller, and Tom Spanbauer's novel The Man Who Fell in Love With the Moon as his most consistently recommended. Both are about coming out – and coming of age.

For Thomson it’s all about the long-lasting impact the shop can have on people. “That’s one of the joys of owning a bookshop for a long time,” he says. “People come in young – questioning, nervous, in school uniform – picking up street papers and reading in the corner. And over [the] years, they come out, they develop their confidence. It’s fantastic.”

Happy Valley
On the wood-panelled shelves of Smith Street’s Happy Valley, you’re as likely to find scented candles as you are books. Owner Chris Crouch, who formerly owned Polyester Records and The Tramway, says sales are about 50 per cent books and 50 per cent everything else, from cards to vinyl records.

Opening a bookshop in 2013 was a leap of faith, but it worked. Crouch says that’s because he’s not trying to be all things to all people. “I didn’t want to feel like I needed the [all the] best-sellers,” he says. “Part of the vibe is that we don’t have thousands of books. I think people who shop here appreciate that we’re trying to do something different.”

Happy Valley is reopening on November 2.

Paperback Bookshop
Right next to Pellegrini’s – another Bourke Street perennial – is Paperback Bookshop, which has been around since the early ’60s. A steady flow of people from local bars and theatres often find their way there after dark to mingle among the labyrinthine shelves full of classics and new releases, and get recommendations from dedicated staff. There’s a generous politics and philosophy section, and a lot of prose and poetry that you won’t find in other stores, imported from the US and UK.

“The atmosphere comes from the scale of it,” says owner Rosy Morton. “It’s tiny, crammed, cosy, but it’s in the middle of the city.”

Morton took over in 2000. She sees herself as more of a caretaker than a manager. “I inherited a strong history,” she says. “When I took it on, it already had such a strong character and loyal clientele.”

Apart from the stock, very little has changed in the last 50 years: the shelves are the same solid oak, and Charles Bukowski titles are still kept behind the counter (they have the dubious honour of being the most shoplifted items).

All-time bestsellers include essentials such as Haruki Murakami’s The Wind-Up Bird Chronicle and Kurt Vonnegut’s Slaughterhouse-Five, but if you ask the staff for recommendations right now you might walk away with Rachel Cusk’s Outline or Bruce Pascoe’s Dark Emu.

“It’s a public space, but the layout means you can read in private,” says Morton, “It’s both private and social. Like reading.”

The Little Bookroom
One of Melbourne’s first kids’ bookstores, The Little Bookroom opened in 1960. But it refuses to grow old. Visit on a regular Thursday morning and you’ll see toddlers, parents and prams among the shelves, there for owner Leesa Lambert’s weekly Storytime (editor's note: Storytime is currently online). It’s one of dozens of events in The Little Bookroom calendar, including book clubs, author talks and events for parents.

Lambert and her parents bought the store in 2008. She’s very passionate and hands-on. “I’m living my dream,” she says. “I think a good bookseller loves books but also loves people.”

The shelves are stocked with picture books, as well as young adult fiction and non-fiction, plus a section on parenting. Lambert picks her books carefully, focusing on local publishers and diverse voices. “We want every child who comes in to see themselves reflected on our shelves. I’m talking about inclusion of ethnicity, gender, physical ability – that whole melting pot of contemporary Australia.”

Over the years she’s seen babies become young adults, couples meet and start families, and older people come in with books they bought from the store in the ’60s.

The Little Bookroom’s all-time bestseller is Maurice Sendak’s classic Where the Wild Things Are. The shop’s original owner Albert Allen had a longstanding friendship with Sendak, so it’s a sentimental favourite too. Another of Lambert’s favourites is the beautiful Australian picture book Under the Love Umbrella, by Allison Colpoys and Davina Bell.

Perimeter Books
Perimeter is a little different to your average art bookstore. It feels more like a design boutique – each book an artwork in its own right. A quick glimpse at the shelves reveals beautiful books about photography and painting, alongside some esoteric and very specific volumes. A Final Companion to Books From The Simpsons documents every time someone reads a book in The Simpsons.

“It started as a way to open a window onto publishing practices in Europe, Japan and the US – things that weren’t being represented here,” says co-owner Dan Rule, who opened the store in 2011 with his partner Justine Ellis. Rule cites Amsterdam’s Roma Publications, Leipzig’s Spector and London’s Mack Books as some of his favourite publishers.

His top book picks include Enghelab Street by Iranian artist Hannah Darabi, which documents photography and propaganda books from Iran in the tumultuous late ’70s and early ’80s; and Basalt by Arne Schmitt, a detailed and beautiful look at volcanic rock.

Perimeter Books is online-only until mid-November.

This article first appeared on Broadsheet on June 15, 2020. Some details may have changed since publication.