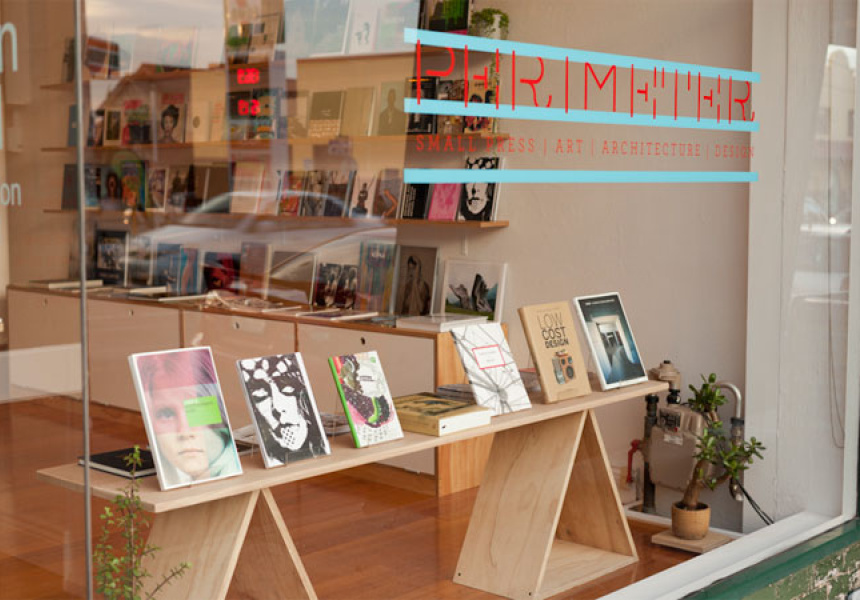 Perimeter is a beautifully curated shop of rare books and small press. It settled rather circumstantially, filling a gap that still sees the distributor operating from out the back, passing occasionally, as owner Dan Rule puts it, "a goldmine of books through the separating curtain".

Yet the majority of design books and small press are personally selected by owner Rule and his wife Justine Ellis, before being sat, face out, on simple shelving that decorates the white canvas walls with an explosive hit of colour. Meanwhile, doors turned into contemporary desks displaying uncommon titles and a collection of potted plants that aims to bring warmth and avoid that austere gallery feel.

It’s minimal but charming. Drawing upon a mix of Japanese aesthetics (a fact which is highlighted in the outlet store at Japanese cafe Mina no ie, Perimeter presents itself in a style that is half architectural, half handmade and contemporary enough to let the books do the talking. These books arrive from a range of local and international publishers and include rarities from houses such as NoBrow (London), PostEditions (Rotterdam) and Nieves (Switzerland).

There's no doubt that Rule has a distinct knack for selecting and curating books which, paired with his openness to discovering new artists and publications, will no doubt fuel the future direction for Perimeter and decorate many-a Melbourne coffee table with something just a bit more special and unique.