Malaysian, Chinese, Korean and Vietnamese New Year dishes and where to eat them around town. 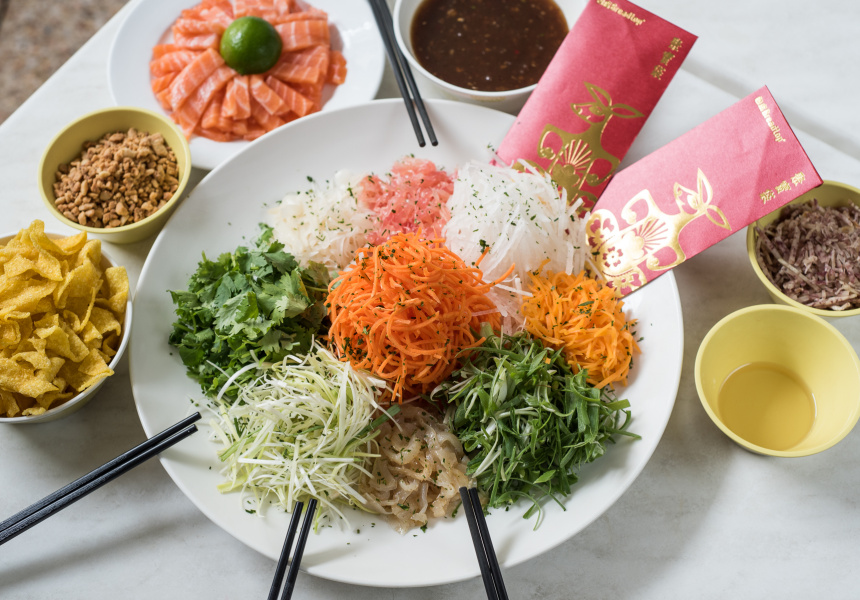 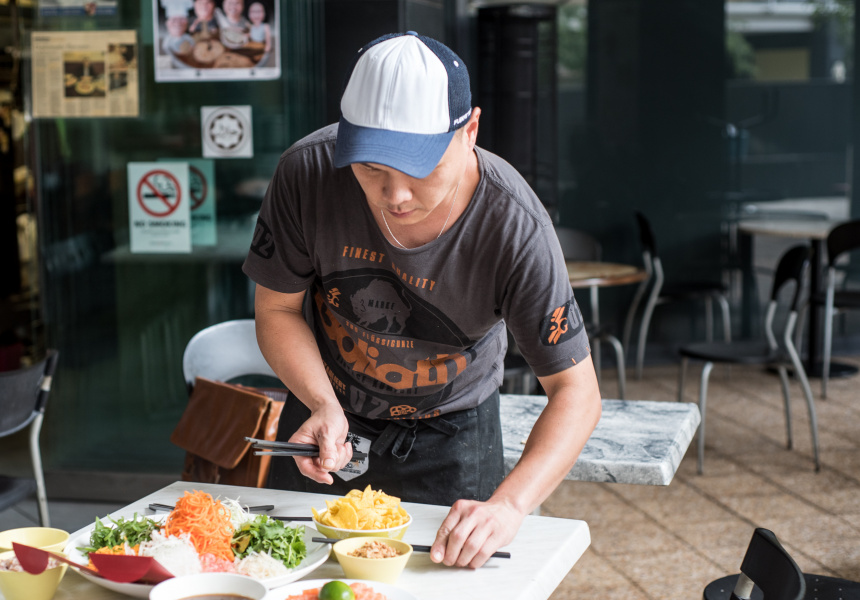 Lunar New Year is a big deal. And not in the one-night, boozy way the Gregorian (Western calendar) version has come to be known. For a large portion of the world it’s the biggest and longest celebration of the year. What you do depends on where you are and where your ancestors lived, but the one common feature every celebration shares is food. This Lunar New Year many Australians will celebrate with platters of raw-salmon salad; bowls of rice-cake soup; banquets of whole fishes and glutinous rice cakes with sesame, mung bean and turnip fillings. Here’s how to join them.

In English you usually see this written as Malaysian or Singaporean raw-fish salad, which is probably the most inaccurately humble food translation ever. It is a meticulously designed dipping platter stacked high with separate piles of sliced vegetables, raw salmon and citrus with bowls of sauces, nuts and crispy fried bits. Then, once everyone’s done ogling, everything is mixed together to make one incredibly textural and flavourful mess. Malacca Straits is where you go to get a rare homemade version of the dish.

There are a lot of eating rituals based on homophones when it comes to Chinese New Year – things which sound like other things. It’s about eating foods with lucky names. The word for “fish”, for example, sounds a lot like the word for “surplus”. Carp and catfish are particularly lucky because they sound similar to the words for “good luck”, “gifts” and “surplus” (depending on the carp). There’s a number of ways to cook the fish, but it’s essential it’s presented whole and that it’s never finished – leaving some behind symbolises having excess for the year ahead.

Chinese homophones lesson two: niángāo, a sticky-rice cake, sounds like “higher year”. Apparently, if you eat it during Lunar New Year, your business will become more profitable. Or maybe your kids will get taller. In Hong Kong they serve an extra-sweet variety that’s steamed then fried, which gives it a slightly brittle, caramelised skin.

Tāngyuán are like Chinese mochi, chewy, glutinous rice balls stuffed with crunchy black-sesame paste, sugary peanuts or preserved fruit. Because they look like little moons, they’re more commonly associated with the moon festival (also known as the Mid-Autumn Festival or Harvest Moon Festival), but in Hong Kong they’re also eaten during New Year. Most tāngyuán and niángāo served in Sydney are imported pre-made from China. At Old Town Hong Kong Cuisine they’re made on-site and fresh for every order by the restaurant’s dumpling master.

If someone asks you on Lunar New Year, “How many bowls of tteokguk have you eaten?” they’re asking you how old you are. Tteokguk, a beef-marrow soup with disc-shaped rice cakes, seaweed and spring onions, is always eaten during the first day of the Korean New Year. It’s said that at this point, rather than on a person’s birthday, is when you grow a year older. Strathfield’s Eunhasu, similar to many Korean families, serves its with mandu, a Korean dumpling similar to the northern-Chinese jiaozi.

Jeon are little Korean pancakes made with an egg or flour batter. Inside there can be almost anything – flowers, oysters, lotus root, pork, kimchi, beef liver, whole prawns or even sweet varieties with green onions or mung beans. Like tteokguk, they’re traditionally made at home by family and eaten during Seollal (New Year’s Day). They’re also commonly served as banchan (small dishes served with rice) during the few days after.

Tét is the Vietnamese equivalent of Lunar New Year. The full name, Tết Nguyên Đán, literally means “feast of the first morning of the first day”. A routine part of that feast in South Vietnam is, bánh tét, banana-leaf packages of glutinous rice, sometimes stuffed with pork but always with mung bean. They look like the eye of a mythical creature with the mung bean stuffing making a pale-yellow iris with (sometimes dusty green) rice surrounding it. Usually they’re eaten as a snack with tea, dipped into a chilli-fish-sauce mixture or as a side to a bigger feast.

One of the customs of tét is to make food both for the family around your table and the family members who are no longer there. Traditionally, every ancestral tribute will include thịt gà or boiled chicken. Although it’s always boiled chicken for the deceased, most families have updated the menu for their table with roast or even fried chicken. You won’t find it on many menus in Sydney but Bau Troung serves it in a salad and may even make it the old-school way if you ask.

This story was originally published on Broadsheet on February 8, 2016. It was updated on February 11, 2021. 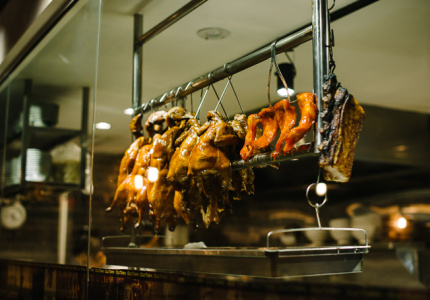