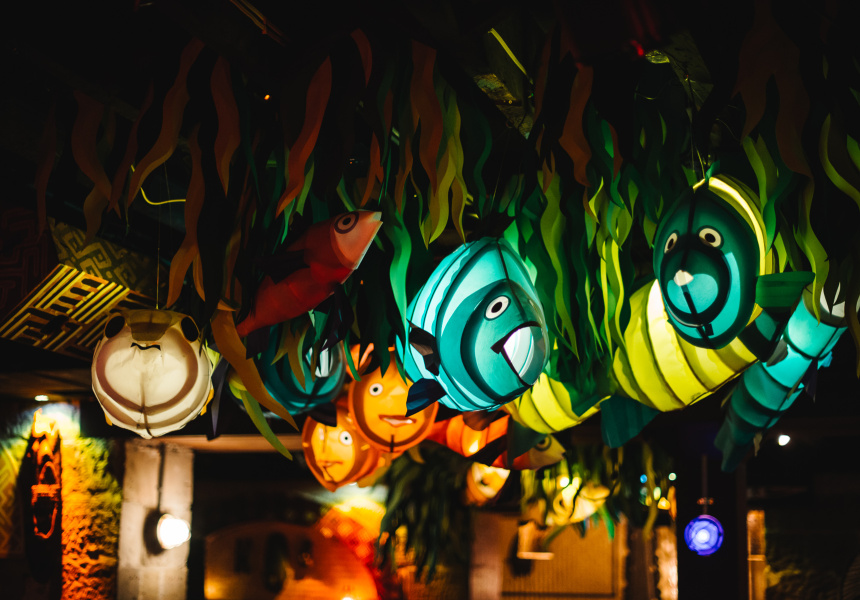 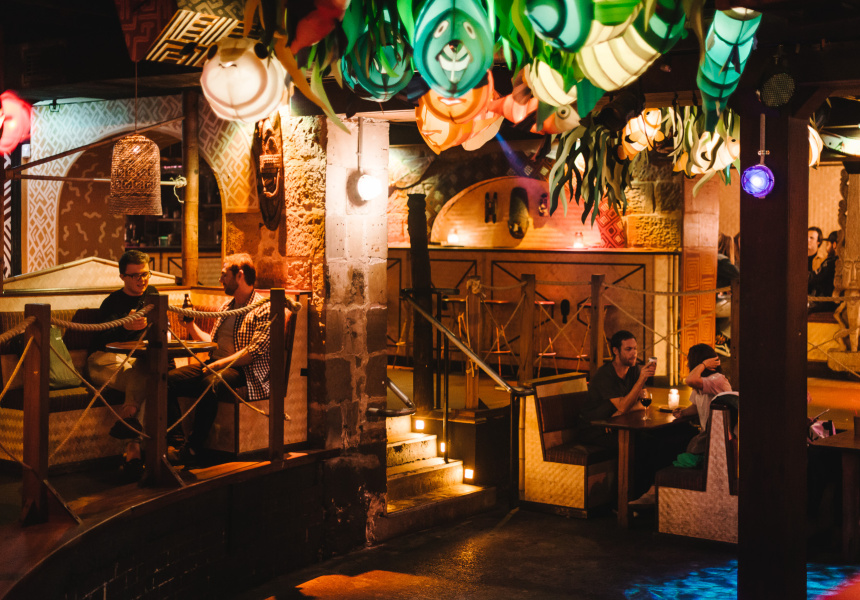 Jeremy Blackmore and Alex Dowd of Tio's converted an this old nightclub on into a Papua New Guinean dance hall, replete with sunken dance floor, a hand-picked collection of Pacific kitsch and tropical cocktails.

Beers at Cliff Dive come in cans. Go fancy with Devils Canyon Sunshine Rye IPA or Yo Ho Black Porter from Japan, or keep it safe with tinnies of Kirin or Tiger.

Like Tio's, there are cocktails for 10 bucks, such as the Mojito and the Pandang (rum, apple and pandan), plus a couple of other numbers like the Supa Colada (rum, coco and pineapple), and the Spicy Bastard (rum, ginger and tamarind) which will set you back a few bucks more.

The bar's tropical offering also includes a small tuckshop called Yurippi, inspired by the yakitori bars of Japan. The space, with around 10 tables and booths, is low-lit and comfortable, fitting in nicely with the rest of the bar’s underground-style decor.

The thatched skewer station itself could have been wheeled straight off a small-town street in Japan. It offers five kinds of sweet, sour and tender marinated meats. Sides of crunchy, vinegary pickled vegetables or servings of rice are available, too, all prepared by Yurippi’s cheery chef, who wishes to be known only as Honky.

Much like Tio's, Cliff Dive is a whole heap of elaborate, silly fun. There are plans for DJs most nights of the weeks, meaning the dance floor will get well-worn fast. That, and the late, late opening hours give Cliff Dive a vibe that's a little more nightclub than tavern. But don't let that put you off. Dive in.