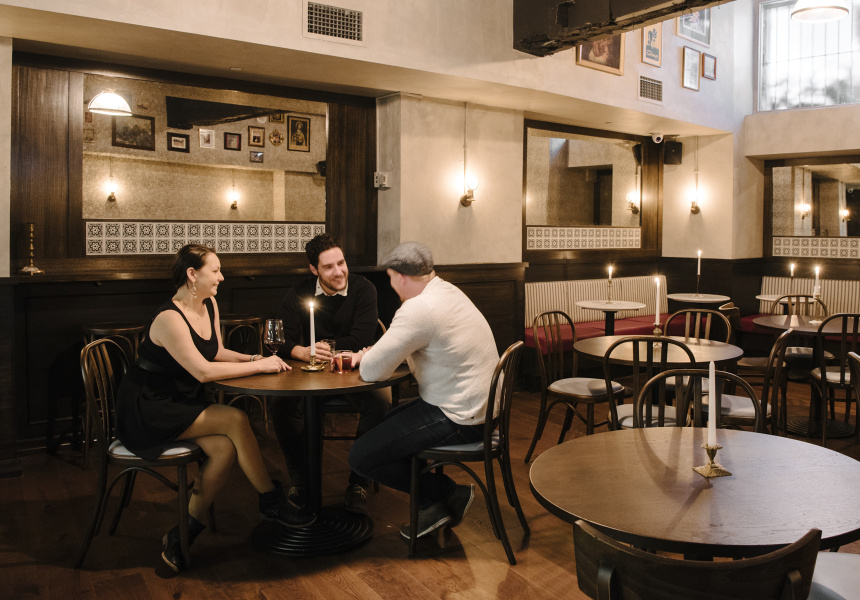 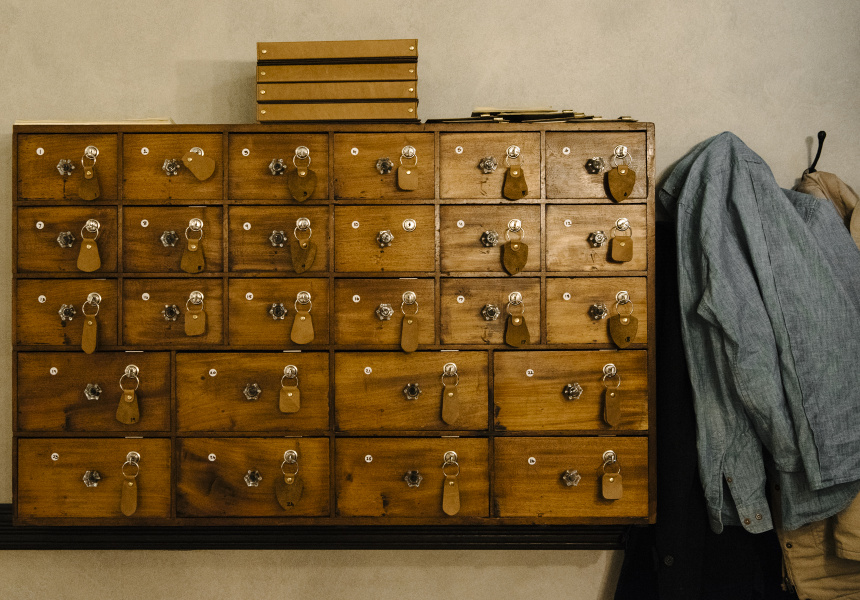 To enter you wander down an alleyway, pass through a door and take a flight of stairs down to an antique-look, Euro-style cocktail bar. Another door leads to a similarly Continental-themed room, the dining room, with a flaming hearth covered in T-bone steaks as the centrepiece.

Welcome to Bistecca, a restaurant opened in 2018 by The Wild Rover and Grandma’s Bar team.

It’s all very theatrical, so much so it’s reminiscent of another transportive CBD venue: Restaurant Hubert. It’s hard to imagine the owners of Bistecca, James Bradey and Warren Burns, weren’t inspired by the hugely popular French restaurant. But while the feel may be similar, this isn’t a Hubert rip-off – the product is markedly different.

Bistecca is only about steak. Literally – it’s the one and only main on the menu. And not just any steak, one particular style: bistecca alla fiorentina, or T-bone traditionally cooked, originally in Tuscany, over coals and served rare.

Your meal starts with a candle. Specifically, an edible beef-fat candle (see how it's made here) that begins melting after it's lit, ready for you and your dining companions to attack with bread.

After that, you ask for your steak in weight, at $13 per 100 grams. It’s carved in front of the hearth and then a waiter presents the cut at the table, tells you the price, and once you agree it’s whisked away to be cooked. Then, there are sides – maybe some slow-cooked white beans, crunchy potatoes or Italian-style ricotta dumplings.

The kitchen first chars the cut over a flaming mix of charcoal, olive branches and oak, then slides it into the oven before finishing it on the flames again, but this time with a wash of olive oil and steak juice. Your meat and sides are then served immediately, probably with a glass of nebbiolo or sangiovese you’ve also ordered.

The hearth and the steak are the headliners at Bistecca. And in the front room is the support act: a bar with an Amaro-led cocktail list and a short menu of cicchetti (Venetian for “bar morsels”), the biggest of which is a meatball panini.