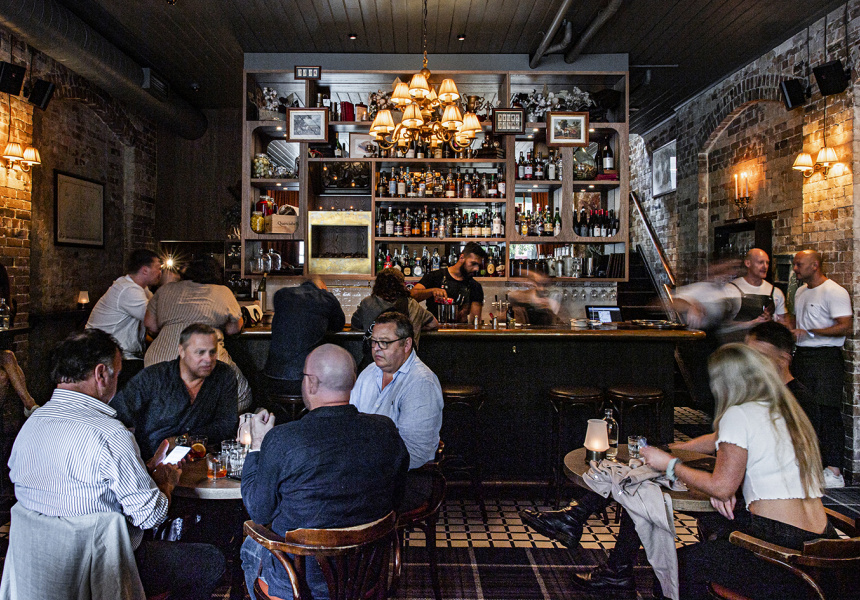 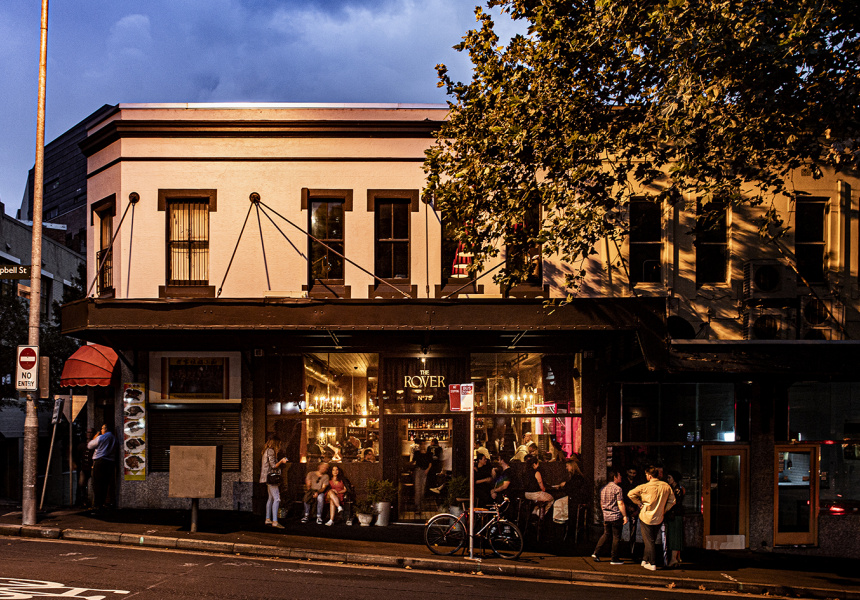 After 10 years of rollicking good times, Surry Hills Irish bar The Wild Rover needed a polish. Now known simply as The Rover, the Liquor and Larder group (who also run Bistecca and The Gidley retained its DNA, built on good craic and good drinks – but the concept has matured.

Pratt nods to England via a curried fish-finger roll with a side of pappadums – a wink to the country’s famous curry houses and penchant for a fish-finger dinner. Or go high-low with caviar (Black Pearl Siberian or Oscietra Royal) with potato crisps and sour cream. (The sausage rolls that once formed the bulk of The Wild Rover’s food menu remain.)

At its core, the space remains the same – the banquettes are little more plush and velvet-y, and a dramatic floral installation spills across an exposed-brick wall. But while the bar was famously hidden from the street, with blacked-out windows and a heavy wooden door, it now opens onto the pavement and the windows have been cleaned so you can see inside.