Acclaimed Japanese sound and light artist Ryoji Ikeda brings together an avalanche of binary code and electronic noise in a monumental installation at Carriageworks. 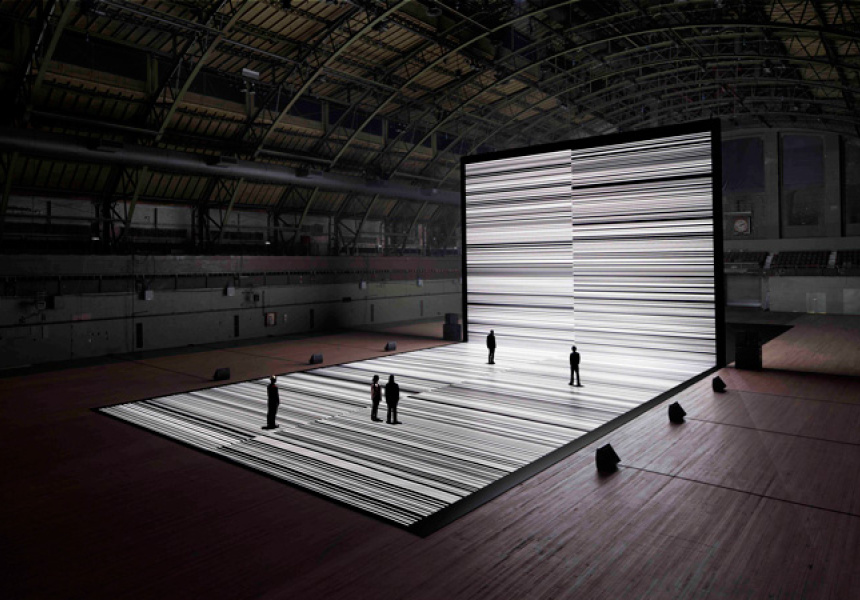 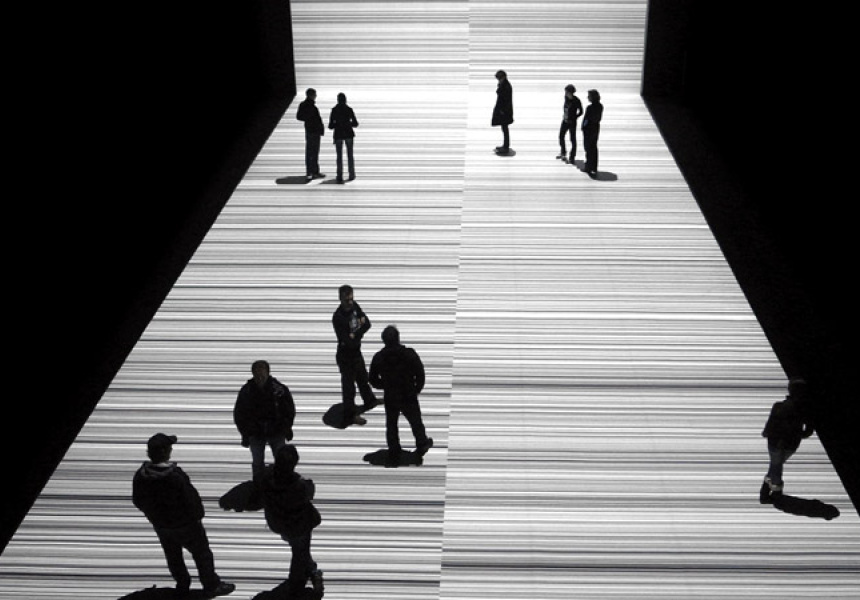 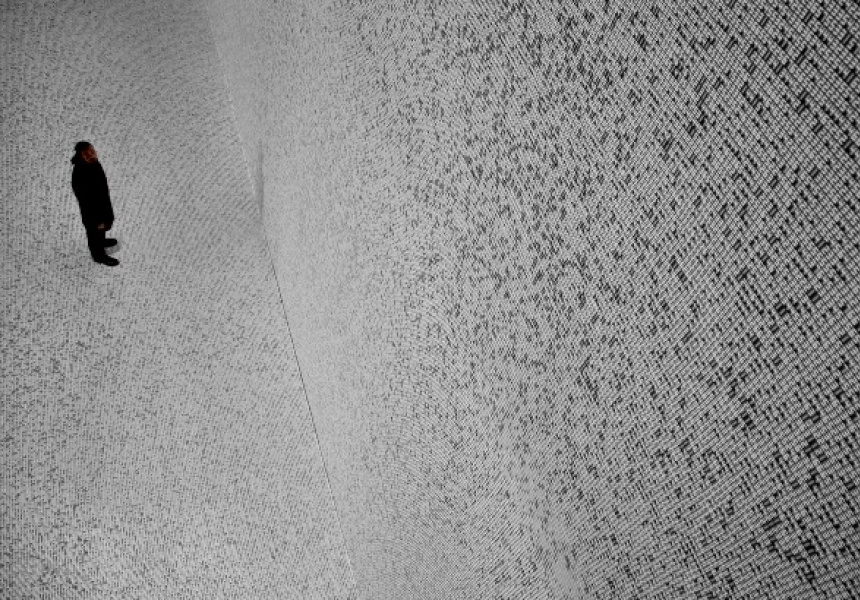 Celebrated Japanese-born, Paris-based electronic composer and visual artist Ryoji Ikeda is presenting his project test pattern [No 5] at Carriageworks from this week. The installation is part of Vivid Sydney and ISEA, an international symposium on electronic arts and ideas.

The piece converts various data flows – text, sounds, photos, movies – into an avalanche of binary code, which coasts and convulses up and down a 28-metre by eight-metre floor space. You’ll be immersed in rapid black and white imagery synchronised with a stark and hypnotic series of beeps and glitches. The work has been described by some to be reminiscent of ‘entering the Matrix’, with images moving super-fast and confronting perception. It will be a truly immersive sensory experience that skirts abstract geometrical forms and minimalist aesthetics.

Ikeda is also giving a one-night-only live performance of datamatics [ver.2.0], a new full-length version of his highly acclaimed audiovisual concert. Ikeda has developed upon an existing version of the technically dynamic piece first shown in 2006, employing real-time program computations and data scanning to create an extended new sequence that builds on his original work. But this rare show is sadly already sold out.

Ikeda is a master of orchestrating sound, visuals, materials and mathematics to create immersive environments. He’s performed and exhibited all over the world, with shows at the likes of the Tate, Centre Pompidou and the Park Avenue Armoury in New York. Further down south this June, as part of Dark Mofo at MONA, he is projecting a gigantic tower of pure white light 15 kilometres above Hobart in a large-scale installation called spectra.