Out of the Office Box at The Office Space

A serviced office building in Surry Hills concentrates on the people in it instead of bricks and mortar. 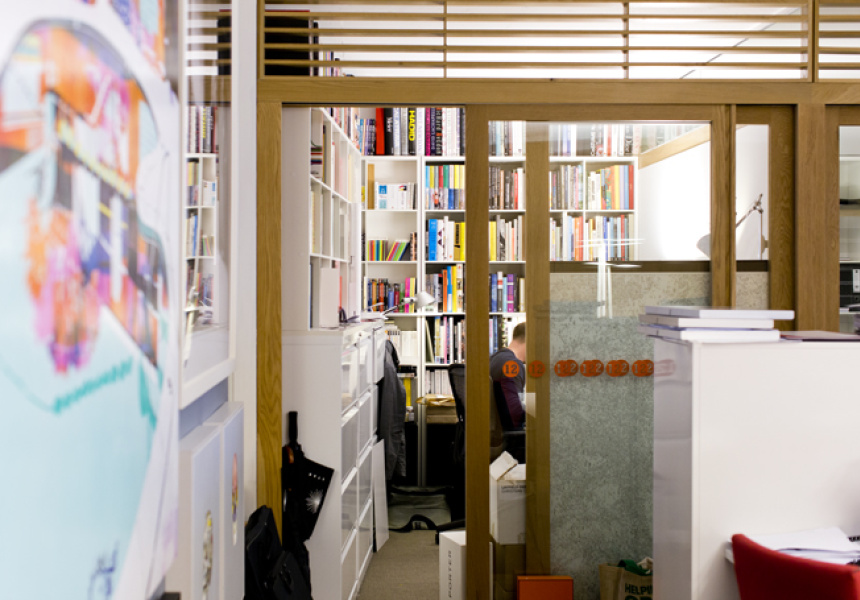 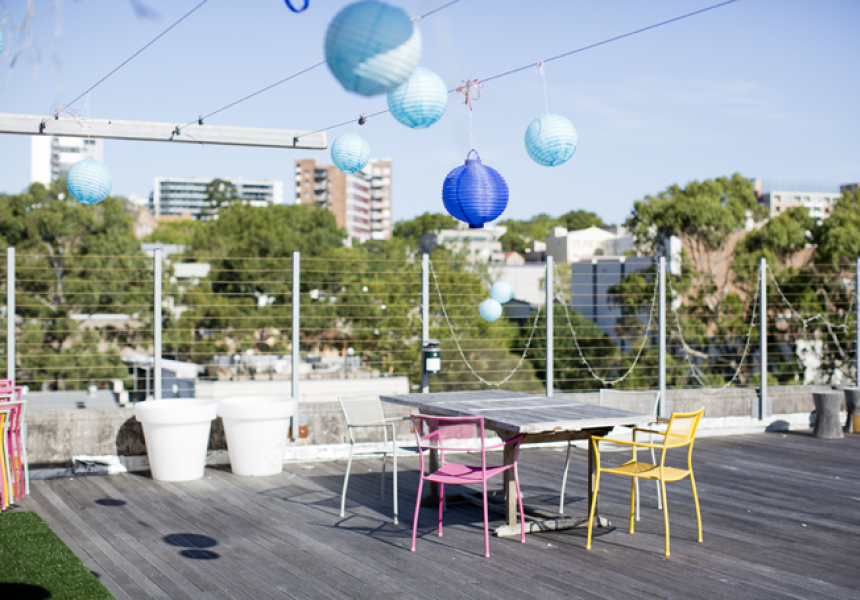 Monday’s hard enough without knowing you’re about to spend five days in a basement under a lightbulb. But what if – hear us out here – you actually wanted to go into the office? It’s an out-there idea, to be sure, but there’s at least one building in Sydney where people are lining up to go to work.

The Office Space in Surry Hills is a series of serviced office spaces with a twist. The Reservoir Street building has four floors of uniquely designed workspaces and a rooftop terrace with some pretty lavish views of the city. Like other serviced offices, it provides meeting rooms, group workbenches, hotdesks and private offices. There’s even a reception for everyone.

What makes The Office Space different, however, is its sense of community. Founder, Boris Tosic, moved into the building in 2004 and began looking for likeminded creative businesses to occupy the other floors, and The Office Space was born. “It really was just something that came about ad-hoc,” says marketing coordinator Sam Preston. “When it started out it really was just something he was doing with his other creative friends.”

In the decade since its conception, the business has grown into an inner-city hub for creatives, startups and entrepreneurs. The general movement toward alternative modes of work, where creatives are self-employed or aren’t based on-site, has been in lock step with the increased popularity of The Office Space. “There seems to be a trend of people leaving the corporate world and starting their own businesses. It’s not a new trend, but there certainly is a trend of people wanting to be outside of the standard office environment,” explains Preston. “For a lot of entrepreneurs working from home, The Office Space can be that next step.”

Each level of The Office Space is intended to cater for businesses at all levels of their development: established companies with a staff of six can take private suites, solo-operators get their own offices, and those with a more sociable bent can take a place on island workbenches. “They’re all designed to suit different styles of business,” says Preston. “Creative people are looking for something a bit more than simply going and sitting at their desk, or going and sitting in a Starbucks.”

Even businesses that aren’t quite ready for an office are using The Office Space. Its ‘virtual office’ program gives smaller companies the benefits of a physical address - including a receptionist and meeting space - without actually having a physical address. “It perhaps make them look a bit larger than they actually are,” explains office manager Anna Boshell.

But an attractive building and convenient services are not what makes The Office Space unusual. Rather, it’s the energy of its social life that makes the building different. “Our difference is that we do have this community,” says Preston. “It’s a community not just in our building in the businesses that are here with us, but in the neighbourhood.”

As a business, The Office Space hosts regular initiatives that attempt to engage not only the people within the building, but those who live around it. Quadrangle, which started in 2011, brings together businesses doing interesting work, and hosts a bi-annual mixer-slash-market on the building’s roof. “Basically, Quadrangle is a selection of our peers’ businesses that we’re interested in, or we’ve worked with them before, or we just really like what they’re doing,” says Preston. “It’s a lot of fun, and it’s a chance to interact with businesses that might not necessarily be in a market atmosphere normally.”

For tenants, programs like BizEd, aim to provide business education opportunities through presentations by successful entrepreneurs. Next year, fitness programs and nutrition classes will be introduced. Perhaps most impressive is the organisation’s not-for-profit initiative, Gallery 2010, a commercial gallery that sells artists’ work without taking a commission. “We don’t take commission, but they donate one piece from their exhibition to us,” explains Preston, who is also the gallery’s curator. “We’ve built up a bit of a collection of our artists. We have a lot of beautiful artwork here.”

And while there are plenty of structured, if informal, opportunities for tenants to get to know one another, Preston and Boshell believe that really, the space organically encourages people to get involved. “It happens quite naturally because of the way everyone’s always interacting with one another,” observes Boshell. “I think also people who have begun working from home end up craving the social aspect.”

Preston, likewise, has seen both personal and professional relationships forged through The Office Space. “They also end up working for one another as well. It’s a really nice interaction to witness,” she recalls. “One designer will start working with someone from a marketing business - it’s kinda nice.”

If you’re wondering when you can move in, unfortunately there’s a bit of a wait (though the company’s considering another site). Meanwhile, it’s hardly surprising that The Office Space concept is proving popular. “Work shouldn’t just be about sitting in beige box at a horrible desk,” says Preston. “It should be about everything else.”