His menu includes a Japanese riff on the Bunnings sausage sizzle. 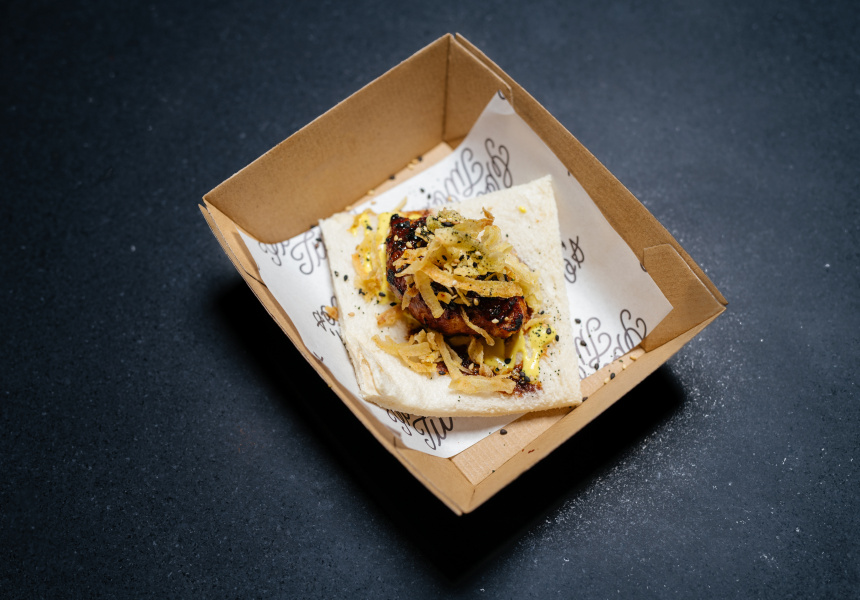 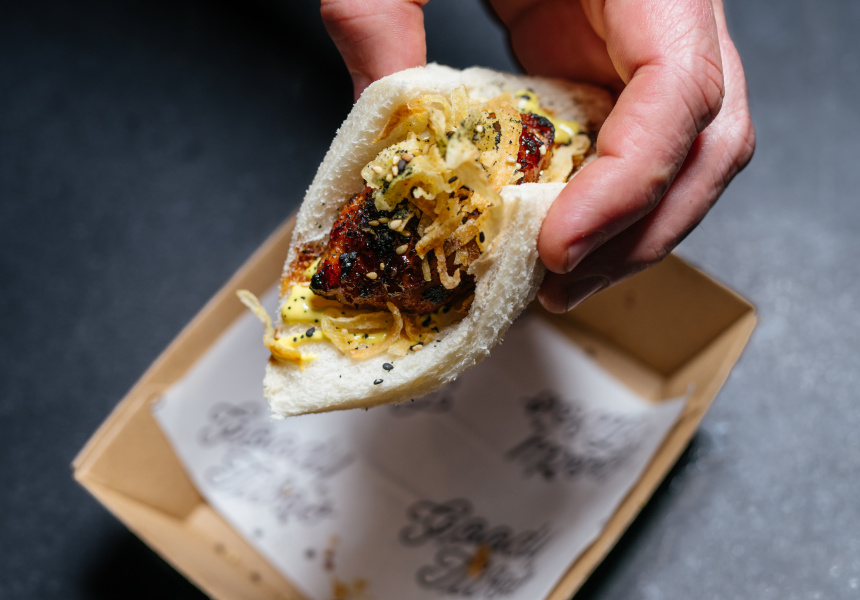 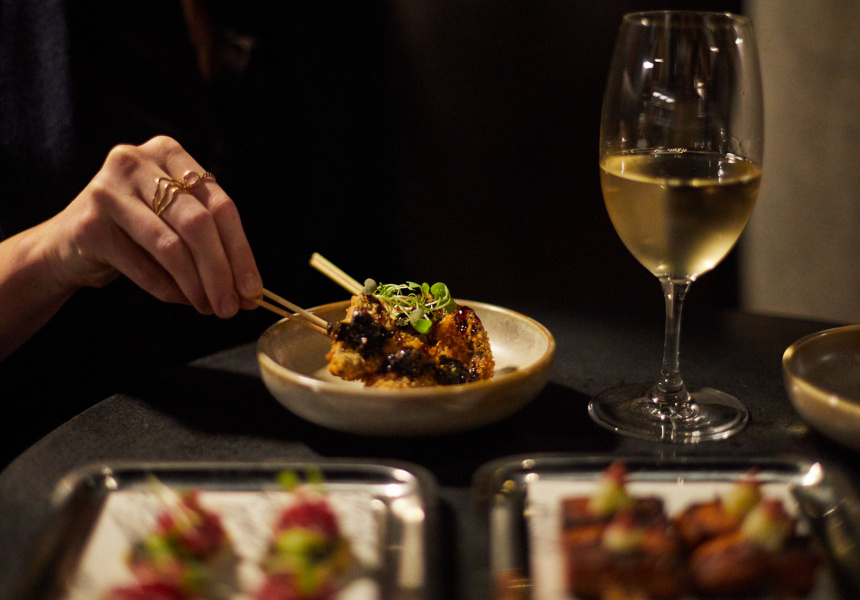 “Japanese, but not Japanese.”

That’s how Jaeseong Park describes his food at Goody Two’s, the late-night underground whisky bar opened at Hibernian Place by Andy Freeman (Varnish on King, Hadiqa, pretty much all of Queen Street), and Eamon Sullivan and chef Scott Bridger (both of Bib & Tucker and May Street Larder). True, the food isn’t all Park’s handiwork – the menu was a joint effort between him and all the owners – but he’s the man responsible for cooking it, from frying the chicken to grilling the skewers. And the 26-year-old Seoul native does a very, very good job.

Interestingly, Park has yet to visit Japan, so perhaps that Japanese-not-Japanese descriptor is apt. Where he has been, however, is Toronto where, after graduating from culinary college, he cooked everything from Jewish to Thai food. Eventually, he scored a position at the Toronto outpost of David Chang’s Momofuku empire. After two years at Noodle Bar where he worked his way up to the position of junior sous chef, he transferred to Momofuku Daisho for another five months before its closure prompted Park and his girlfriend Yooujeong (they met at Noodle Bar) to head to Australia for a year. Where to go? They narrowed their decision to Melbourne (bustling metropolis not unlike the city they’ve lived in for the last six years) or here (perfect weather, greatest beaches on the planet). Perth won. In more ways than one.

At first sight, the Goody Two’s menu looks like it could have come from any colour-by-numbers izakaya. Kewpie. Miso. Fifty shades of yuzu. But snappy cooking and a sure hand with seasoning speaks to the rigorous training of our man in the kitchen. That’s not to say the food lacks punch. Momofuku’s more-more-more flavour mantra is well in effect – beef crackers hit with shichimi togarashi (Japanese chilli) and katsuobushi, perhaps, or the bright kimchi-style cucumbers and fruity tonkatsu and Kewpie one-two that accompany the fried chicken – but none of the embellishment feels like stunt-casting. Golden duck croquettes and cherry blossom mayo is a match made in finger-food Tinder heaven. The “spicy sesame sauce” served with dice-like cubes of deep-fried tofu, meanwhile, tastes like sriracha that went to finishing school.

Then there’s the “Japanese Hot Dog”: a glorious Jap-stralian mash-up that combines yakitori (that’d be the “hot dog” – a juicy chicken meatball known as tsukune) and Saturday mornings in Australia (the white bread and crisp onions? Straight out of the Bunnings sausage sizzle playbook) in a four-bite wonder of sweet and savoury.

Purists will no doubt scoff at news that skewers are grilled over gas rather than the traditional binchotan charcoal, but, A, the sticks – chook with fiery yuzukosho chilli, say, or beef marinated in koji, a key ingredient in making sake – are charry and juicy everywhere they need to be. B, over-the-top smokiness isn’t always tasty. And C? Carbon monoxide is no fun for anyone in a basement setting.

That Park manages to coax such deliciousness out of a kitchen about as big as a Kombi van is even more remarkable (although, for Park, nothing new – straight out of high school, he spent two years as a cook in the Korean navy working in similarly cramped galleys).

The bad news, though, is that our man’s time in Perth is brief. He and his girlfriend are hatching plans to open their own place in Korea, so he’s already put a June 2019 use-by date on his west-coast adventure. Still, he wants to make his time count and is working on new dishes for the bar. Many of these, he says, will make it on to the tasting menu and offer him a chance to showcase his food background.

“We want to do something interesting, not just tasty,” he says. “I’d like to use Australian ingredients cooked the Korean way. Maybe try them in some ferments. The tasting experience will be for those that want to eat the food as well as drink whisky.”

This article first appeared on Broadsheet on November 9, 2018. Menu items may have changed since publication.