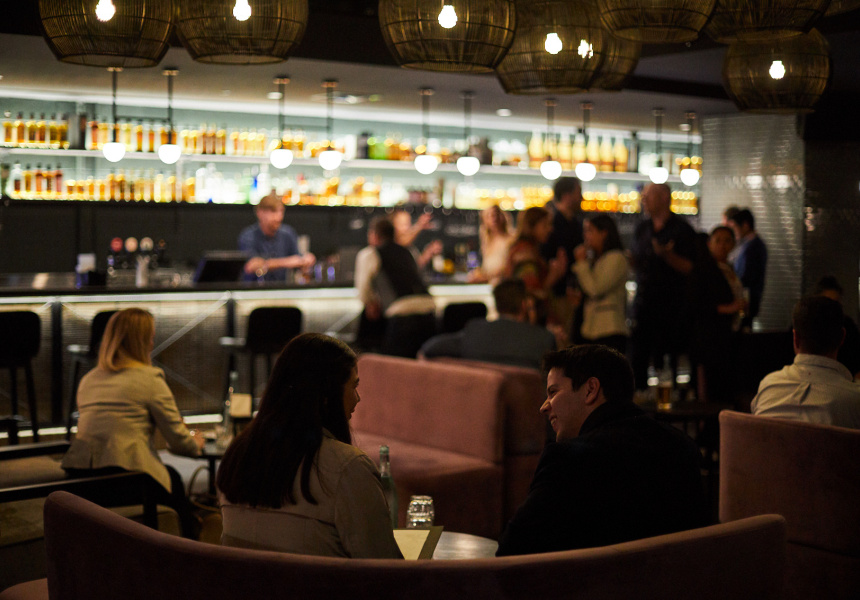 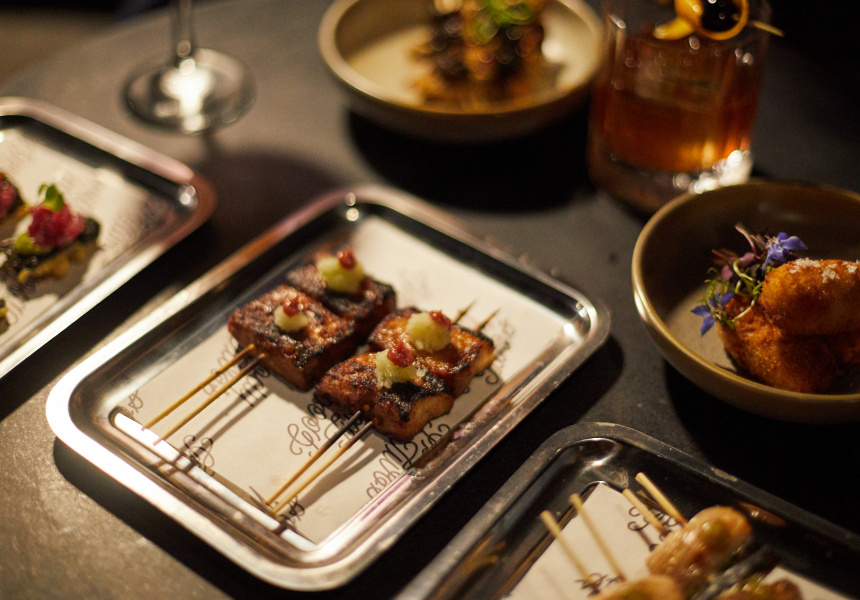 Meet Goody Two’s. It’s the newest opening at Hibernian Place and (yet) another venue from bar czar Andy Freeman. This time he’s partnered with Eamon Sullivan and Scott Bridger of Bib & Tucker and May Street Larder to open the late-night bar downstairs from his Moroccan-themed venue, Hadiqa. Japan is the name of the game, as evinced by the bar’s serious Japanese whisky stockpile and menu of punchy Nipponese street food.

Japanese whisky is produced in the same way as the Scottish variant, and is subject to the same environmental and ingredient variations as the Scots’ version. The bar manager at Goody Two’s, Alistair Kydd, is responsible for sourcing the whiskies: a task he admits is sometimes difficult given the spirit’s recent rise in popularity. At last count, there are more than 100 bottles on the shelves, with more on the way.

“The whisky is produced in different areas and that affects the flavour, just like wine,” says Kydd. “The Japanese attention to detail and craft is what sets it apart. It makes it a much more approachable style of whisky because it’s become more refined. Easier drinking, perhaps.”

The Goody Two’s project has taken a year to come to fruition. Bridger did extensive research while developing his own take on Japanese street food.

“A lot of it is based on texture, playing on the senses,” says Bridger. “A big part of it is umami, playing on lots of mushrooms and things like that. Bringing those flavours in and just having fun with them. We’ve got fried chicken on the menu and a play on a Japanese hot dog.”

While Bridger oversees the menu, recent Toronto transplant and former Momofuku chef Jaeseong Park runs the kitchen. A selection of elegant “skewered” dishes are the star of the food menu, such as Wagyu rump cap with koji (an ingredient used to make soy sauce and sake) and green onion oil. And chicken thigh accented with the fiery Japanese chilli, yuzukosho: a treat Japanophiles will recognise from the yakitori (grilled chicken) archives. Yuzu doughnuts and miso caramel parfait are on hand for sweet relief.

The most expensive whisky on the shelves – an eight-year-old single malt from White Oak distillery – sells for $148 a nip. Whisky flights paired with food will soon be available, and regulars can purchase their own bottle to be kept behind the bar. Variants on the classic Highball (whisky and soda) make up much of the cocktail selection.

The dimly lit bar’s relaxed feel is brought to life with DJs and live music. Textures are very much at play, with the soft couches just asking to be stroked lovingly. It’s an elegant space built for comfort, not speed.

“We want to be approachable; at the end of the day that’s key,” says Kydd. “I know this is a lush, beautiful venue but we just want to have a fun aspect as well. We don’t want to be uptight.”