Now Open: A Neighbourhood Pizzeria Inspired by the Caves of Southern Italy

Il Caminetto has had a slew of owners since it opened 18 years ago. Now, four friends have reimagined the corner eatery and are serving umami-heavy pizza, vegan “Notella” calzones and Aperol spritz on tap. 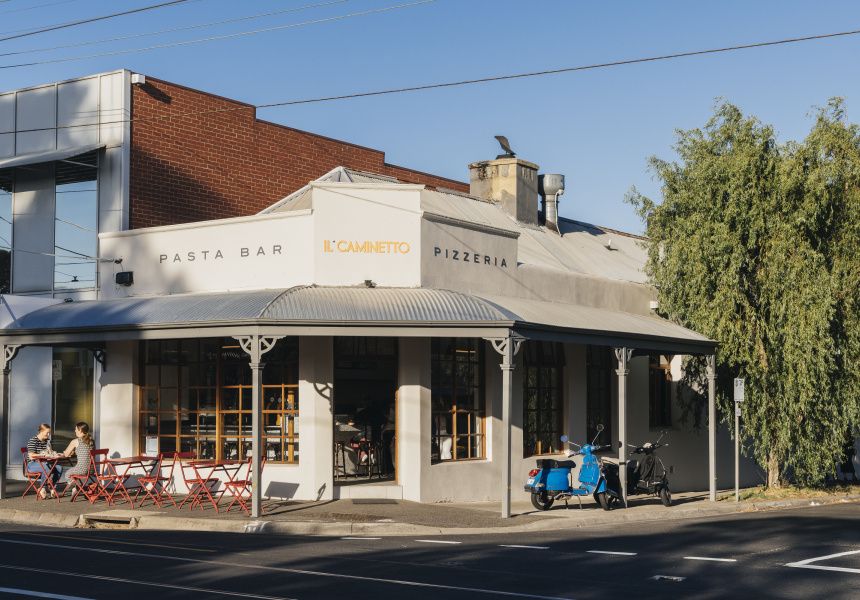 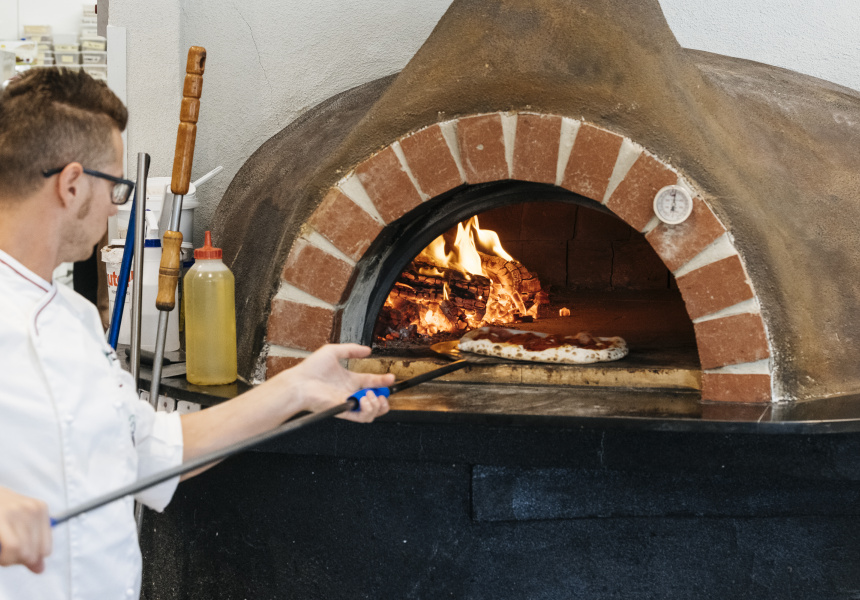 Sunlight floods the front bar of Il Caminetto, drenching the imported Italian terrazzo-tiled bar and woodfire oven with light. But follow the trail of bentwood chairs and dark wooden tables to the dining room beyond and the contrast is dramatic. The darkened space is lit by a couple of timber-framed windows, a handful of pendant lights, and strip lighting spilling out from under mirrors than run the length of the room. In tones of grey, navy and ivory, with stippled plaster walls and curved archways, the room strikes that satisfying balance between moody and cosy.

The corner pizzeria is by owners Lorenzo Tron, Roberto Davoli, head chef Piero Roldo and pizzaiolo Alessandro Todisco. Tron and wife Teresa’s recent trip to the ancient town of Matera in southern Italy inspired the design. Matera is known for its limestone caves, which – as well as inspiring the aesthetic visually – are symbolic of rebirth, fitting for the revival of the longstanding eatery.

Il Caminetto (“little fireplace” in Italian) has been in the area for at least 18 years – Tron keeps a photo of a printed review by Matt Preston from 2001 on hand – but it’s had a slew of different owners in that time.

“We had to change everything,” Tron says. “The only thing we kept was the name because we wanted to embrace the history of the place.”

“We try to step it back,” Tron says. “Simplicity. Very good, few ingredients.”

Tron says given how long the restaurant has been around, many locals have visited just to see the new space.

“They come in, check the place out and see that they like the vibe,” he says. Then he’ll convince them to grab a seat at that sun-drenched front bar for a Negroni or an Aperol spritz, peruse the menu, and settle in for a few hours.

This article first appeared on Broadsheet on March 07, 2019. Menu items may have changed since publication.