Colours to Play the Hit Dishes from Atlas 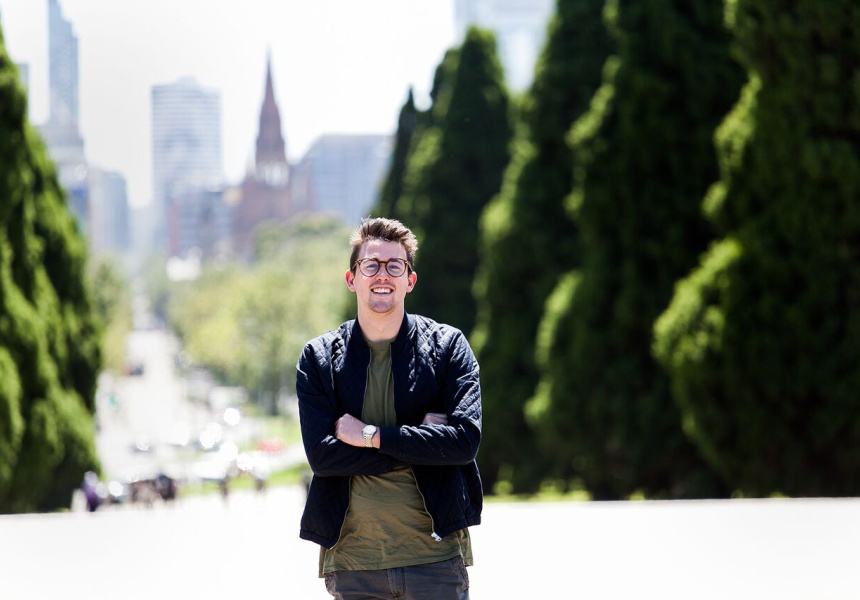 Charlie Carrington’s had it up to here with hamburgers. “I can’t stand it,” he says. “In the last two months, two burger shops have opened within 200 metres of each other. Someone’s got to come out with all guns blazing and say that this is a fucking joke.”

So, the 24-year-old chef behind South Yarra’s acclaimed Atlas Dining is putting his money where his mouth is – in the hope that’s where your mouth will want to be too.

With Colours by Atlas, Carrington is joining a wave of name-brand chefs opening fast-casual interpretations of the food and style they're known for at their signature restaurants. Think Scott Pickett’s Deli & Rotisserie, Shane Delia's Biggie Smalls or Aaron Turner’s Hot Chicken Project, which appeal to diners on an everyday basis.

The idea is to serve the same quality produce as the fine-diner but spare some of the time-consuming techniques to keep prices down.

“At Atlas, even though we’re a very reasonably priced tasting menu, it’s probably not accessible for everyone to come every night of the week,” Carrington says. “Whereas something like Colours, I can see people having it for lunch or dinner a few times a week.”

Atlas is particularly ripe for a best-of selection given its globe-trotting dishes only appear for four months before disappearing forever. At Colours, Carrington will revive fan favourites from his Mexican, Israeli, Vietnamese and Korean itineraries.

“We’re spending all this time researching all these countries, and we go there and write menus, and then at the end of the period we just stop doing them,” he explains. “I wanted to continue that learning curve in a more simple way.”

For instance, Carrington’s take on hummus and pita from his Israeli adventure will be reappearing, paired with slow-cooked lamb, raisins, shallots and cumin. Salads will be genuinely seasonal, leaning on the relationships with local farmers the chef has forged through Atlas.

“We work with these farms, and for three weeks in a year they’ve got the best of zucchinis, for instance, so we’ll smoke some zucchinis and serve them with tahina, or some garlic, lemon and olive oil.”

Rather than depending on fire – the focus of many of Atlas’ dishes – Colours will rely on induction cooking and the Combi oven.

“Fire is something that you really need to be standing next to; and watching it, looking after it, grooming it,” says Carrington. It’s something he doesn’t believe his new kitchen needs. “I want to go really fresh with the food.”

Dishes are also designed with Deliveroo in mind. “Not much food actually travels really well,” he says. “We’ve crafted our menu based off that. We’ve tried to be at the forefront, and to be innovative and to use those services. We want people who are at home and a little bit too lazy to go out to be able to order something really healthy and really delicious.”

While takeaway culture will inform Colours, Carrington is intent on avoiding the wastage that so often accompanies it. Sydney architects Belinda Pajkovic and Tamara Frangelli of GelliKovic (who also designed Atlas) have been tasked with putting sustainability – quite literally – at the centre of the new fit-out. They’ve used recycled and reclaimed materials, and proudly integrated a compost bin in the centre of the restaurant.

“In the food service industry, single-use products are just a disgrace … You wouldn’t believe the wastage,” Carrington says. “Our goal is to be the first fully-compostable fast-casual restaurant in the world. We want to have no waste – at all. A minimal look means minimal waste.”