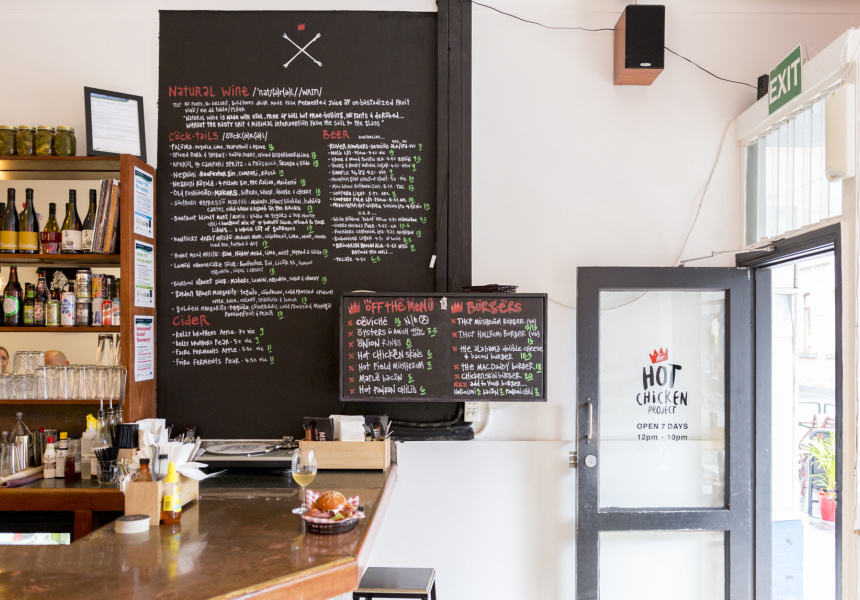 There’s a running joke in Nashville: if you mention hot chicken three times, you won’t be able to rest until you get it. After living in the southern city, award-winning chef Aaron Turner (Igni, Loam) fell in love with fried chicken all over again.

Belle’s Hot Chicken in Fitzroy (with Morgan McGlone) was the first thing he did about it. When he and McGlone went their separate ways, Turner teamed up with Kate and Nathan Veach (Bistrot Plume, Kilgour Street Cafe & Grocer) and brought the concept to Geelong.

Featuring a long copper bar and neon signs, the venue itself is compact and bustling, with an extensive list of natural wines and craft beers lining the wall behind the counter. Service is casual and fast paced, with orders taken at the bar.

As far as the chicken goes, Turner’s own blend of herbs and spices leaves the Colonel’s in the dust. There are also several heat levels to choose from, ranging from the milder “Southern” to the face-melting “Evil”.

The sides are traditional southern staples, too. Each serve of chicken comes on a slice of white bread with pickles and a side of fries or coleslaw. Potato salad and locally grown braised greens can be added on. For vegetarians, there’s tofu coated in the Hot Chicken Project’s signature spices.