Or sit back with glass of rose in hand and the wind in your hair. 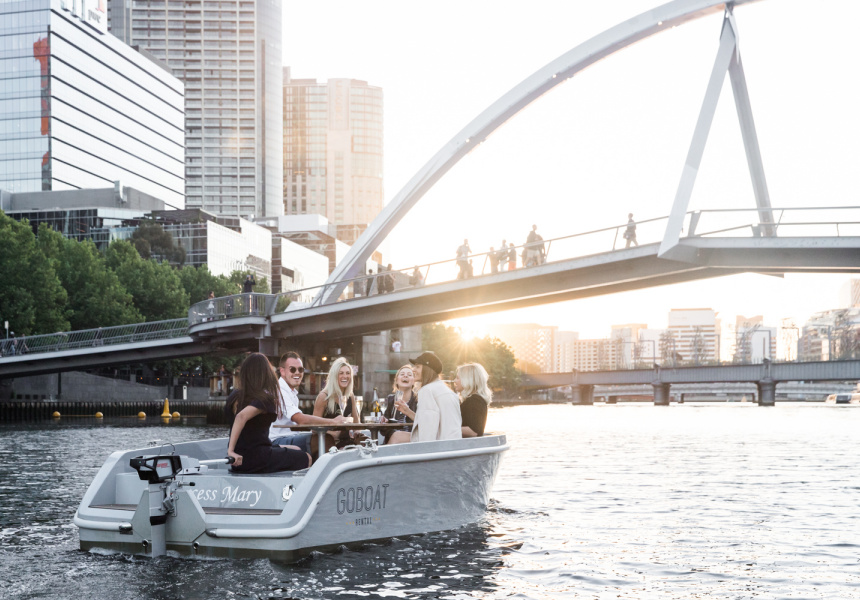 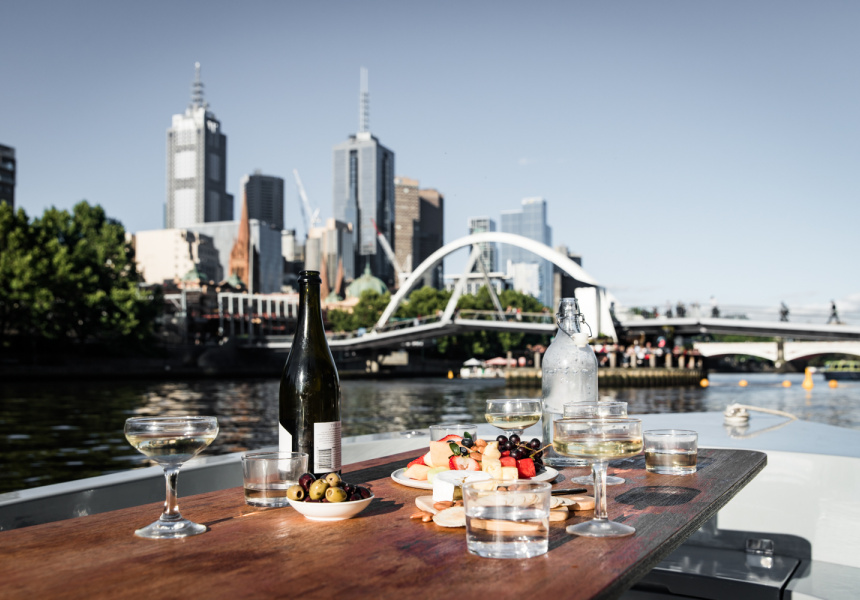 What does Canberra have in common with Copenhagen and London? In each city you can captain a boat unlicensed and host a picnic at the same time, using a service called Go Boat. You can do it in Melbourne too, meaning you can book your own private cruise on the Yarra River.

“I walked across the Yarra a few times and just thought, ‘What an opportunity, what a great way to see the city’,” says Go Boat’s co-license holder for Australia, Oliver Swan.

And best of all, you don't need a boat licence. “It’s the first thing anyone asks about. ‘No licence? How is this allowed?’” says Swan.

Because the Yarra is an inland waterway, there are restrictions – no vessel can go faster than five knots (10 kilometres) per hour, which is just enough to feel the wind in your hair. The boats – made from recycled plastics and fiberglass – are run by a quiet electric engine and emit no pollution.

Each boat has a limit of eight people (in normal times) and prices start from $129 for the first hour. There is a $50 fee for every 15 minutes the boat is late back to the dock, and customers are liable for any damage to the boat. There’s a $200 security bond per boat and every person who boards one signs a waiver.

The picnic part is up you. “I’ve seen all different types of set-ups – some with tablecloths, plates, the works. Others will do a few beers and a couple of pizzas,” says Swan. Just leave the portable Weber at home; no cookers or flames are allowed. Customers can bring their own alcohol, but there are limits: two people can share a bottle of wine; one person can bring two bottles or cans of pre-mixed spirits, beer or cider; but no straight spirits can be brought on board.

“We operate during daylight hours only and obviously there’s no toilet on board, so people generally don’t drink heavily,” says Swan.

Go Boat encourages social drinking rather than reckless boozing. A “captain” can’t have a blood alcohol content that exceeds 0.05 per cent.

“That’s the law. We don’t have any separate rule there. It’s the exact same blanket rule for anyone that is on a boat,” says Swan.

Go Boat is bookable for up to eight people (including children). 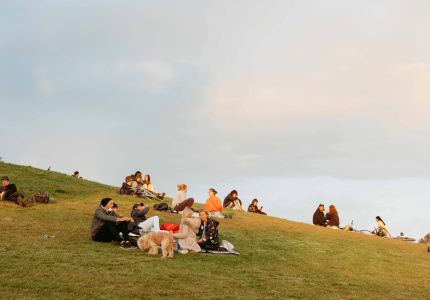