This year’s ultramodern design by Rem Koolhaas and David Gianotten is a radical departure from the last. 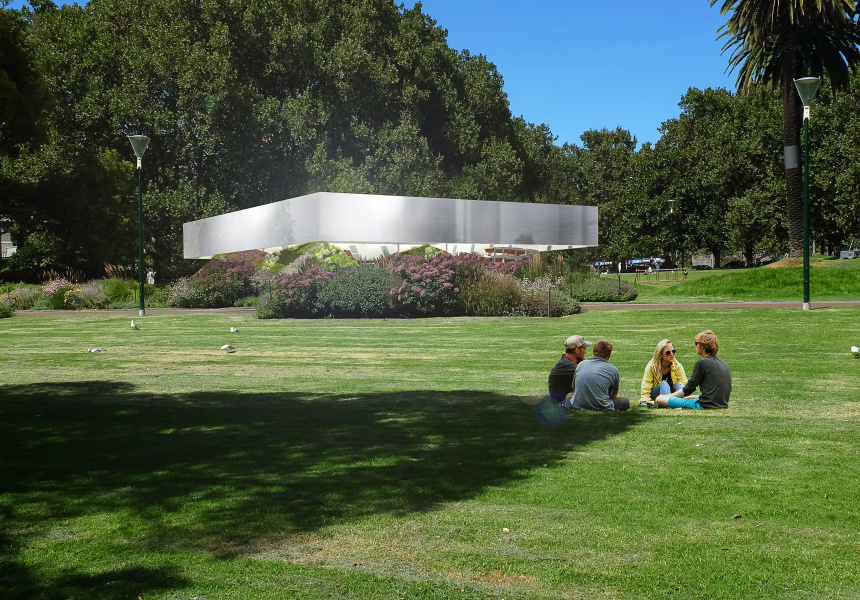 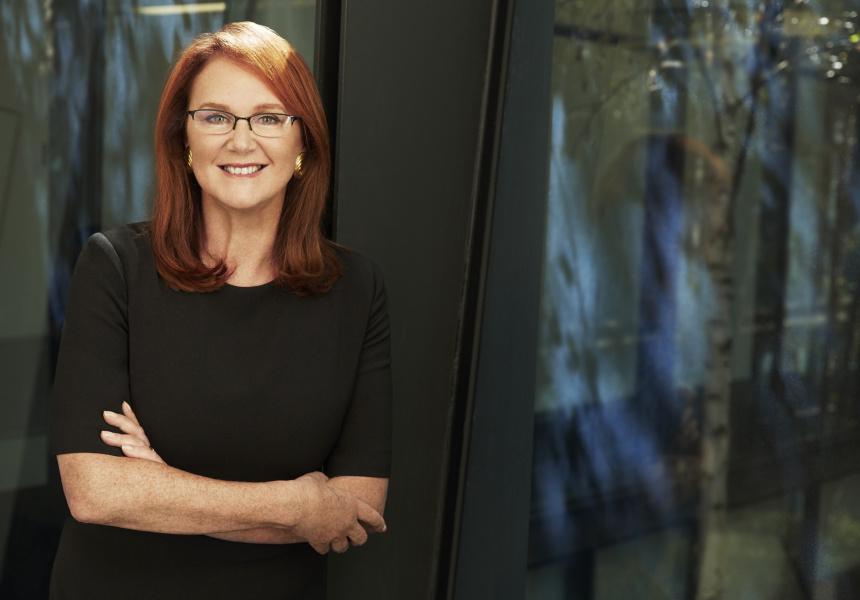 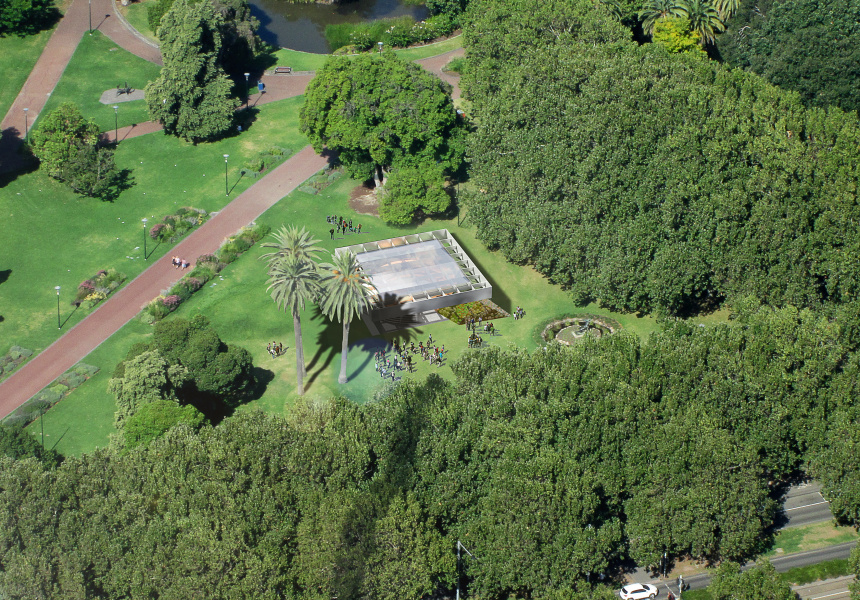 Each year the Naomi Milgrom Foundation scours the globe for architects to design MPavilion, a temporary architecture commission and events space in Queen Victoria Gardens that hosts a summer of multi-disciplinary programming.

Even if you didn’t participate in the 2016 MPavilion program, you’ll likely have seen the architecture. Last year’s design – the third MPavilion commission – came from Indian architect Bijoy Jain of Studio Mumbai. The structure resembled an architecturally sophisticated thatched-roof hut, and incorporated more than seven kilometres of Indian bamboo, woven together by hand.

This week, designs for the 2017 MPavilion were revealed, and they are unrecognisable compared with their predecessor. Rem Koolhaas and David Gianotten of Netherlands-based practice OMA were the architects chosen for the current commission. Just as Naomi Milgrom had hoped, their design is richly contemporary and radically different from anything that’s come before it.

“Each year we try to choose an architect who will inspire the community in a radical way and leave the city of Melbourne with a unique legacy,” Milgrom tells Broadsheet.

Milgrom, who first came across Koolhaas and Gianotten’s work in New York, says there were many reasons for wanting to work with OMA. “For a start, Rem Koolhaas’s contribution to the cultural landscape has made him one of the world’s most provocative and influential architects,” she says. “One store that particularly stood out was OMA’s Prada store in downtown SoHo, in the building that formerly housed the Guggenheim. It was an extraordinary shift in store design. OMA’s research [combines] architecture with publishing, graphic design, sociology, art, theatre and history. You can see this multi-faceted approach in their architecture. It’s inspirational.”

Koolhaas and Gianotten’s interpretation of MPavilion is reminiscent of a giant, aluminium-foil candy wrapper that hovers above Queen Victoria Gardens. The ceiling is translucent; from inside the pavilion visitors will be able to see the sky. The illusion of a gravity-defying roof is further exaggerated by a mound of native Australian landscaping around the perimeter, making the sharp-edged silver canopy appear as if it is floating on a bed of greenery.

On the inside, the space is all about flexibility and functionality – important when you consider the scope of events that will take place there.

“OMA have designed a type of stage, in the manner of the traditional amphitheatre, inspired by the stage [they] designed for [the] historic Syracuse theatre in Sicily,” explains Milgrom.

“[Koolhaas and Gianotten] have combined the traditional qualities of the amphitheatre with a huge metal canopy that hovers over the tiered seating. It’s a beacon, but it’s also theatrical.”

Under the canopy sit two curved grandstands that provide seating for events. One of these is fixed, the other moves. The idea of a moveable grandstand was appealing for two reasons. Not only can it open up different views of the city and gardens depending on where it’s placed, it can also be manoeuvred to suit different types of events.

“I love how OMA’s design blurs the line between inside and outside,” says Milgrom. “The rotating seating element encourages everyone to be part of the beautiful garden and city as much as MPavilion’s inner space. MPavilion 2017 is both a stage and a playground.

“Having a new architect design MPavilion each year has enabled visitors to experience their surroundings through the different eyes of some of the world’s best design minds,” Milgrom adds. This year, thanks to a translucent canopy and moveable grandstands, you’ll also be able to see the city from all kinds of different angles.

OMA’s 2017 MPavilion design will be open to the public from Tuesday October 3, 2017 to Sunday February 4, 2018. The MPavilion 2017/18 program of events is due to be announced in September. More information here. 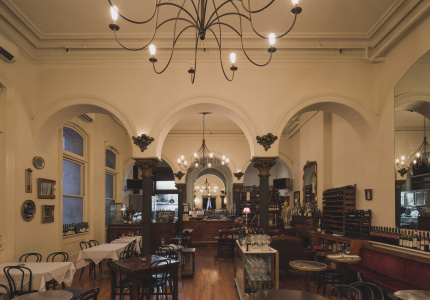