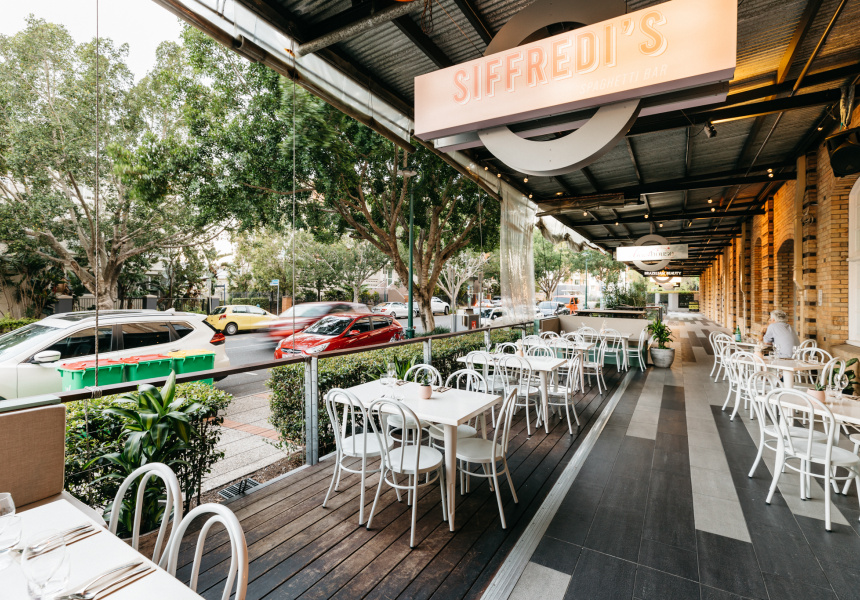 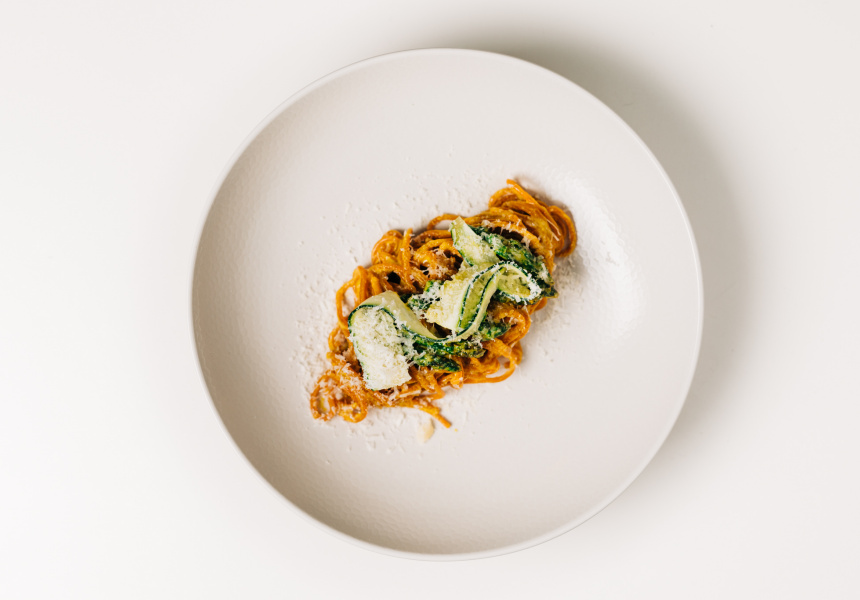 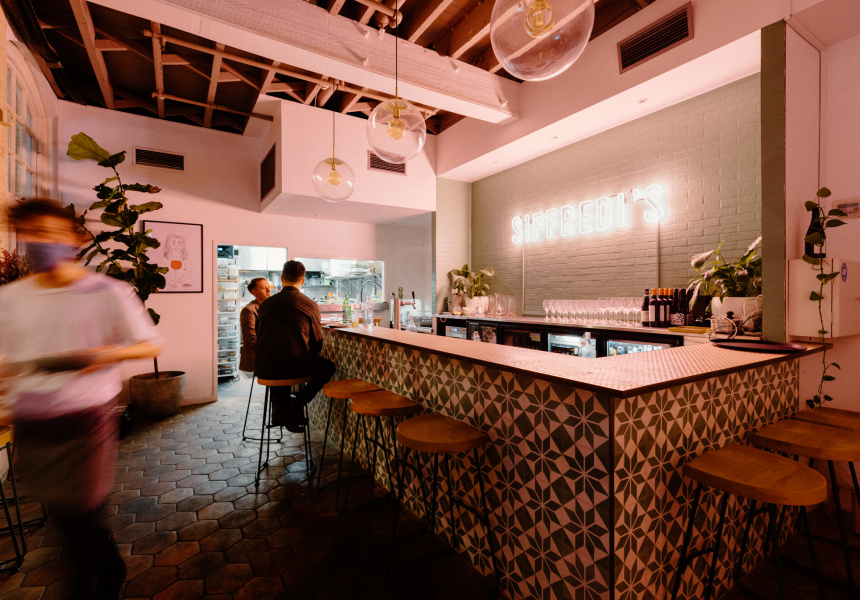 Rather than look for new jobs, they pooled their redundancy pay-outs and opened Siffredi’s Spaghetti Bar, poky, pastel-pink pasta joint. It’s is about as far removed from Stokehouse Q’s white tablecloths as you can get. There are 50 seats – 10 inside, 40 out – served a rotating menu of five pastas, four snacks and a simple dessert. The food is accompanied by a 12-bottle wine list and a short cocktail menu. And that’s about it. It’s not fine dining. The team doesn’t even call it Italian.

Hansford’s ever evolving menu is littered with deft touches. You might eat tropical crayfish tossed with pumpkin-seed pesto and stuffed zucchini flower, or braised beef tongue with shiitake mushroom and pickled radish. Snacks might include cured meats from Sydney’s LP’s Meats, and Ora King salmon with pickled rhubarb crostini. Hansford makes his pasta fresh daily, using the equipment at Pasta Club in West End, where he once worked in a consultancy role.

This less-is-more ethos carries over to the wine. Balodis was inspired by a wine bar he used to frequent in London, 10 Cases, where a single case of wine was bought each week. When it ran out, it was replaced with another, ensuring something new was always around. His list typically features four whites, four reds, one sparkling, one rosé, one orange wine and a chilled red, including 1.5- and 3-litre “bagnums” of wine. In the bar, Overty serves a short selection of beers and a cocktail list that includes an Aperol spritz, an Americano and an Aeropress Negroni.

It’s approachable stuff in an approachable space, the heritage-brick London Woolstore tenancy keeping much of its pastel pink and green paint job from its former identity as Havana Bar and Dining. The main task was painting over an enormous portrait of Fidel Castro. Otherwise, it’s white Bentwood chairs, a tiled bar and some bright neon signage.