Six months ago, Brisbane was booming. But Covid-19 has – at least temporarily – stopped Australia’s New World City in its tracks. Broadsheet photographer Morgan Roberts wandered its empty streets and captured a town in hibernation. 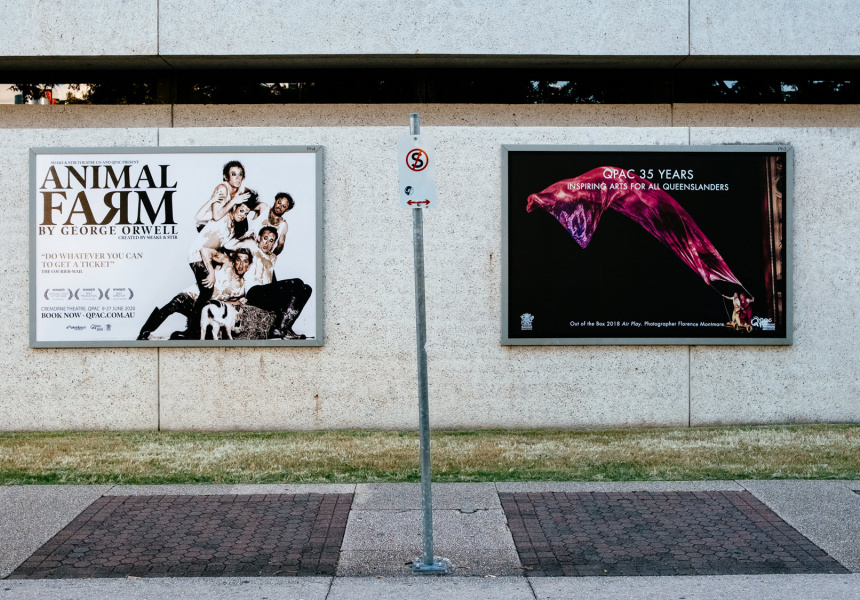 I’m not sure I ever expected to find my own city so compelling.

But then I’ve been photographing Brisbane for over a decade and I’ve never captured it quite like this. Most businesses have shut, restaurants and pubs are closed, and people are working from home. The culture slider is way down at zero and what remains has an eerie stillness.

There’s stuff happening, of course. The streets still need cleaning, the ATMs managed – normal things. It’s just that it’s not so normal to do it at 10am on a weekday.

Some kids ask me for money and I don’t have cash (who carries cash anymore, let alone in a pandemic?), a security guard waits impatiently at the bottom of the Queen Street Mall, and a solitary cleaner moves along the upper levels of Queens Plaza. It’s interesting how when you remove the hustle and bustle from a city, the often unseen layers become glaringly obvious.

Still, there are elements that subsist. This isn’t a ghost town. People are here. Brisbane isn’t dead, not yet. Somebody still wants to spend money on Louis Vuitton. We all want to go for a walk. A woman waits for a taxi outside the Riverside Centre. Families play in the park. It makes you wonder if we’ve fully bought the narrative that this is the worst of times, or if we’re just treading water.

The curve is flattening, they say. These streets will once again buzz with people. But here’s what Brisbane, a city put to sleep against its will, looks like right now.