It’s being billed as Australia’s first functional microbrewery within a casino. 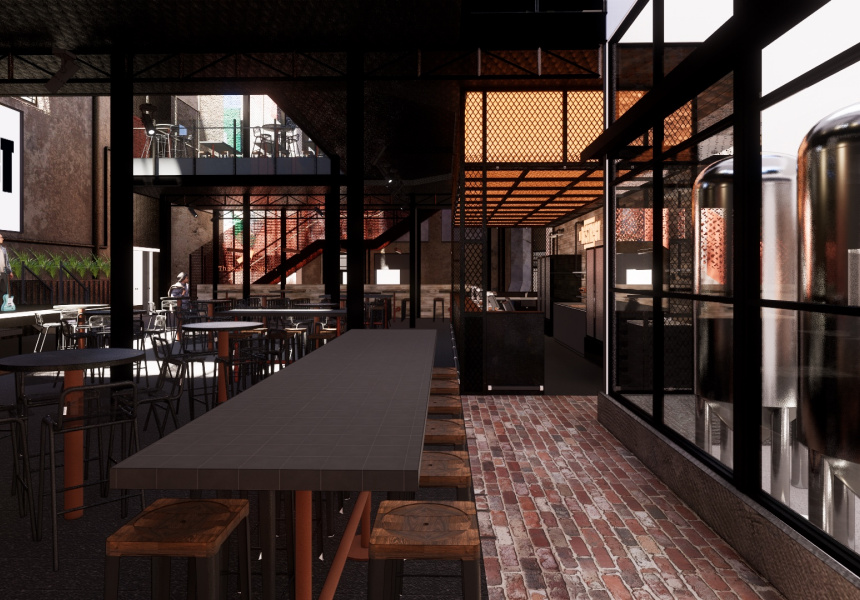 Rendered image of the new brewery

Pirate Life Brewery will move into the Adelaide Casino in October as part of SkyCity Adelaide’s $330 million transformation.

It’s being billed as Australia’s first functional microbrewery within a casino, and it’ll be situated on level one of a new precinct dubbed “The District”, designed by Studio Nine Architects. The precinct will also be home to the Sports Bar, Poker Zone and Bistro, and a mezzanine level.

“The District at SkyCity, featuring the dynamic Pirate Life team, is the final piece of the puzzle at SkyCity Adelaide, creating a vibrant live entertainment space on level one in the current heritage building,” SkyCity Adelaide’s general manager David Christian said in a press release.

The brand has now left its Hindmarsh digs – which were to become a testing ground for new beers – to focus on the Port Adelaide and casino sites.

“When we arrived in Adelaide, a big part of our ambition was to create a brewery that resonated with South Australians,” Pirate Life co-founder Michael Cameron said in a press release. “After establishing Pirate Life in Hindmarsh, followed by the move and expansion in Port Adelaide, the ability to partner with The District at SkyCity as part of their transformation is another fantastic step on the journey. We look forward to sharing the Pirate Life experience with more South Australians, as well as tourists visiting the state.”

The 500-litre microbrewery is expected to open in October.