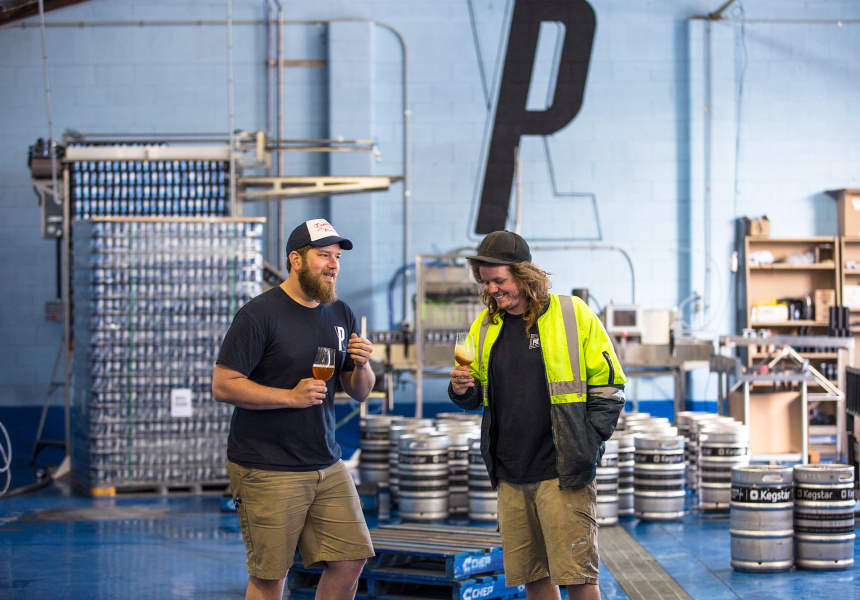 Carlton United Breweries (AB InBev is its parent company) announced the handover in a statement this morning.

AB InBev’s South Asia zone president Jan Craps said the acquisition would give the craft brewer “access to ingredients and shared knowledge from other AB InBev brewers in Australia and elsewhere.”

In the same statement, Pirate Life co-founder and chief brewer Jared Proudfoot said the whole team will stay on and that the sale will help provide “new facilities and expertise”.

“The reality is we have run out of capacity at Hindmarsh,” he said. “With this partnership we’re in a fortunate position to upgrade to a new, bigger brewery while dedicating Hindmarsh to innovate and craft a whole range of new styles to make sure we keep pushing the boundaries and evolving.”

In July Pirate Life announced it would open a new brewery in Port Adelaide. The current site in Hindmarsh will now become a testing ground for new beers.

The news follows AB InBev's acquisition of Sydney’s 4 Pines in September; the latest in a series of independent Australian breweries who have been snapped up by multinational companies. Just last month Perth’s Feral Brewing Co announced its handover to Coca Cola.

Unlike 4 Pines and Feral Brewing, Pirate Life is a relatively young brewery, beginning operations just over two and a half years ago. Despite its young age, the brewery has had a golden run, consistently nabbing awards on the national stage.

Broadsheet reached out to Pirate Life for comment but did not receive a response.