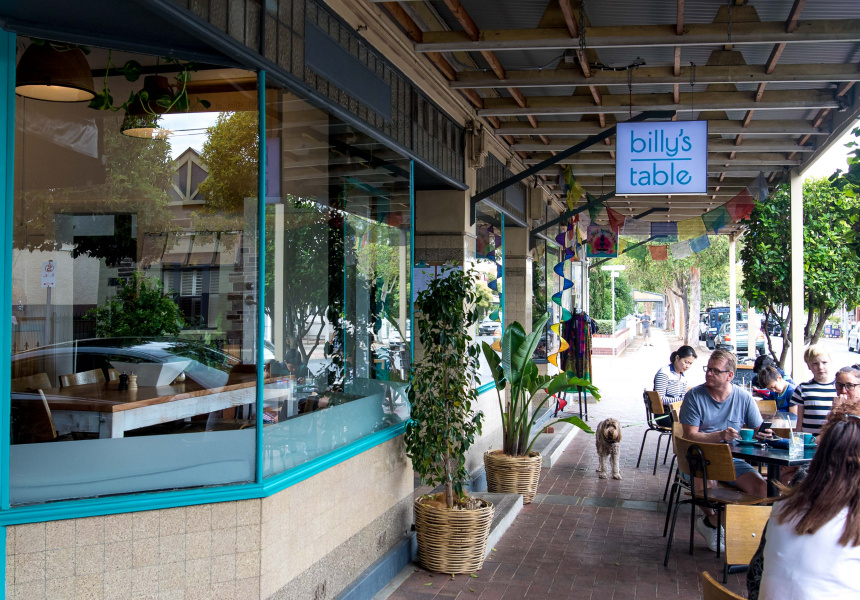 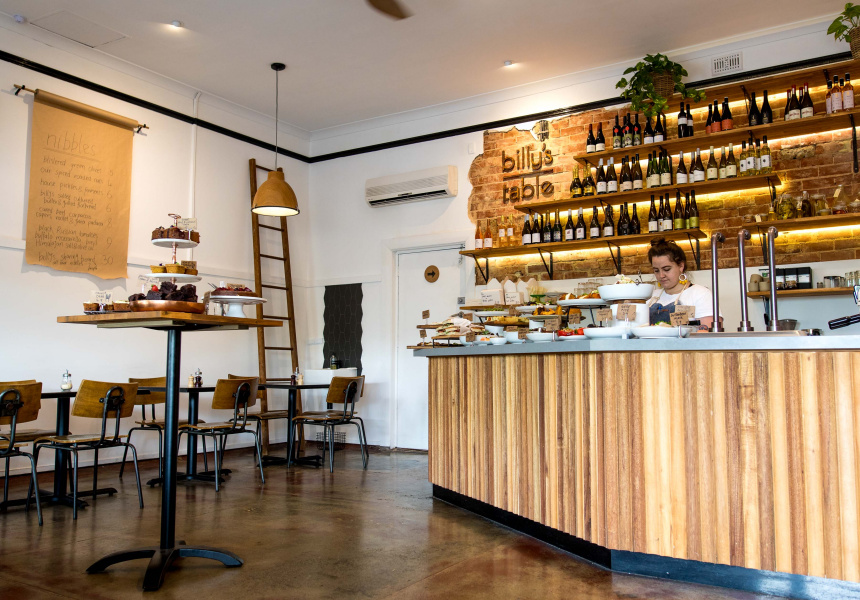 Billy Petropoulos has a few plates spinning. The Adelaide chef and culinary consultant has opened more than 40 restaurants around the world. Last year his Marleston burger joint Boneshaker expanded into China, with more locations on the way. And he’s just launched an entirely new restaurant – Billy’s Table – in the former Croydon Social site on Elizabeth Street.

It’s a homecoming of sorts for Petropoulos, who was founding chef at enduring neighbourhood favourite Queen Street Cafe a few doors down. When the opportunity arose to return to the strip he “didn’t think twice”, he tells Broadsheet.

We’re sitting in his new restaurant as the lunch crowd rolls in. Locals pop their heads in, curious to meet the street’s newest resident or coming to greet an old friend. “Queen Street is close to my heart,” he tells us. “I lived down the road for seven or eight years; I knew the people … There must be something in the water because no one’s aged. It’s the same faces ... maybe a few new kids.”

A piece of the former life remains. A hulking Corten steel woodfired oven inherited from the Griersons has been put to work again. When we visit it's nicely charring wild-rice-stuffed red capsicums and green beans, and caramelising wedges of pumpkin and sweet potato.

“I wanted to utilise what we had, and we had a wood oven … but I didn’t just want to do pizzas,” says Petropoulos. Pizzas – Neapolitan-style with DOP San Marzano tomatoes and fior di latte cheese on 48-hour fermented dough – are there. But Petropoulos wants to let the produce shine. It’s about “connecting earth and fire ... creating the Maillard effect and really enhancing the flavours of the ingredients,” he says.

That effect is the chemical reaction between amino acids and reducing sugars that gives browned and blackened food its distinctive, delicious flavour. I experience it myself as I tuck into a slice of quiche, its flame-licked shortcrust buttery and flaky with crisp burnt edges.

The evolving menu’s not bound by any one cuisine. Instead it’s informed by Petropoulos’s years working abroad. There’s pizza and focaccia, Middle Eastern spices, and roasted root vegetables you’d find on nanna’s table. But it doesn’t feel confused. It’s simple, wholesome home-style cooking that draws from flavours of the world.

“Billy’s Table is representative of what we’d have at my house when we have guests over,” says Petropoulos. “The Greek tradition where we have a big table and it’s a sharing table. It’s called a trapezi which is a table of spreads.”

And like when visiting friends and family, the food is all laid out on the table; walk in from 11am to find a colourful banquet of just-cooked meats, vegetables, grains and pulses, all served “ambient” (room temperature) or thrown back in the wood oven for a final crisping.

It’s still table service, so don’t expect to grab a plate and help yourself. “Unless you’re my mum, who thinks she’s at home and starts serving herself,” adds Petropoulos.

Choose one main and two sides for a $15 lunch or build your own. There's dinner service, too, now that the liquor license is in effect. Expect local and European wines by the glass or bottle plus a tight edit of craft beers.

There’ll also be tasting and information nights, cooking classes and more. As with the visual menu, it's all about getting customers more involved in what ends up on their plate.