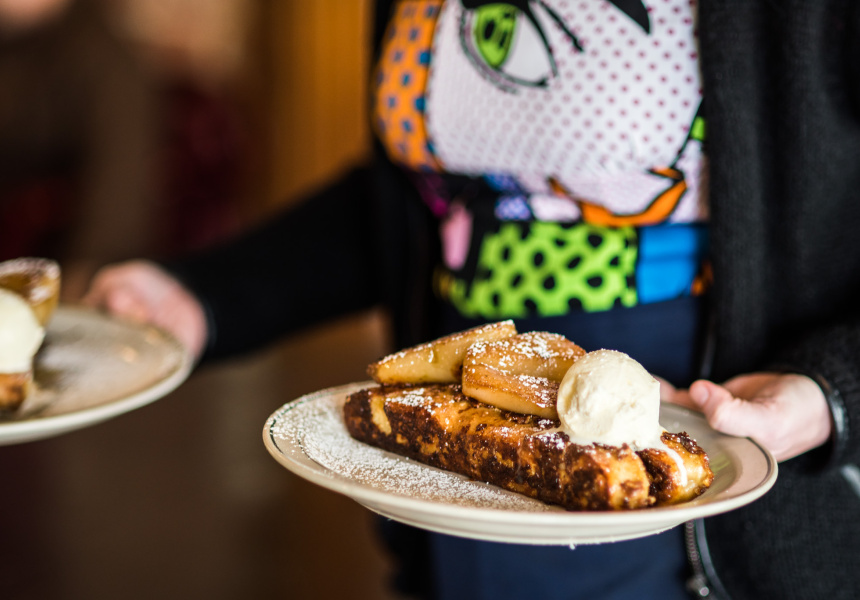 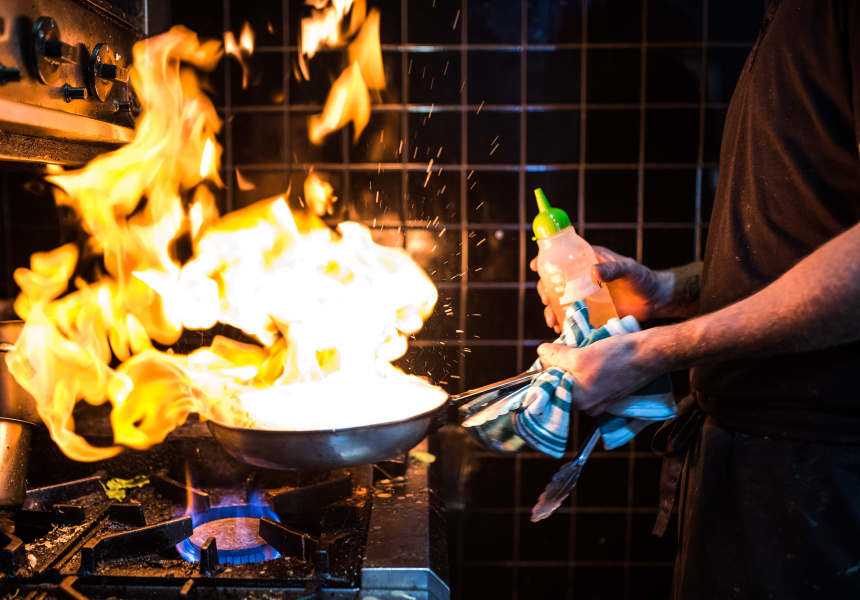 A woman reclines reading a book, her head on a pillow. The mural inside Queen Street Cafe gives the distinct impression that this is a place to sit back and watch the world go by.

It is. Tea, chai and De Groot coffee are brought to tables flooded with afternoon light from the floor-to-ceiling windows. Those windows overlook Croydon’s main street and supply a constant stream of dogs to gawk at. There’s a lazy afternoon atmosphere about the place, from its mismatched furniture to the nanna-style cakes at the counter.

The space is busiest when doing what it does best: Sunday brunch. To accompany the usual suspects there’s also jalapeño and tequila beans with baked eggs and mascarpone; cinnamon porridge with poached fruit, almond-meal-and-vanilla-bean yoghurt; and pumpkin frittata with jalapeño cheese.

Later in the day there’s a selection of sandwiches and mains with French and Asian influences. Favourites include the mushroom and saffron risotto; chargrilled quail with harissa; and Thai green chicken curry with eggplant.

There are also fresh juices, milkshakes (including peanut-butter flavour) and a handful of local wines and beers.