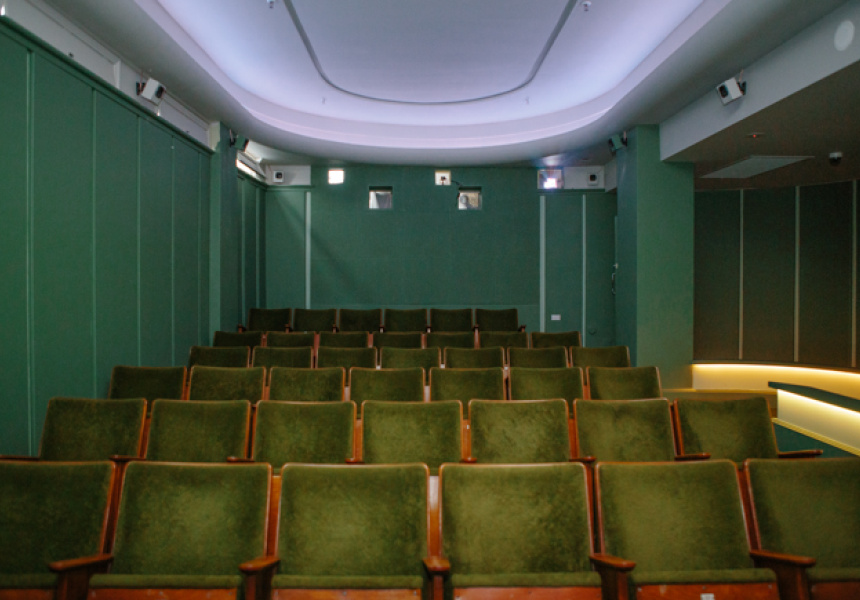 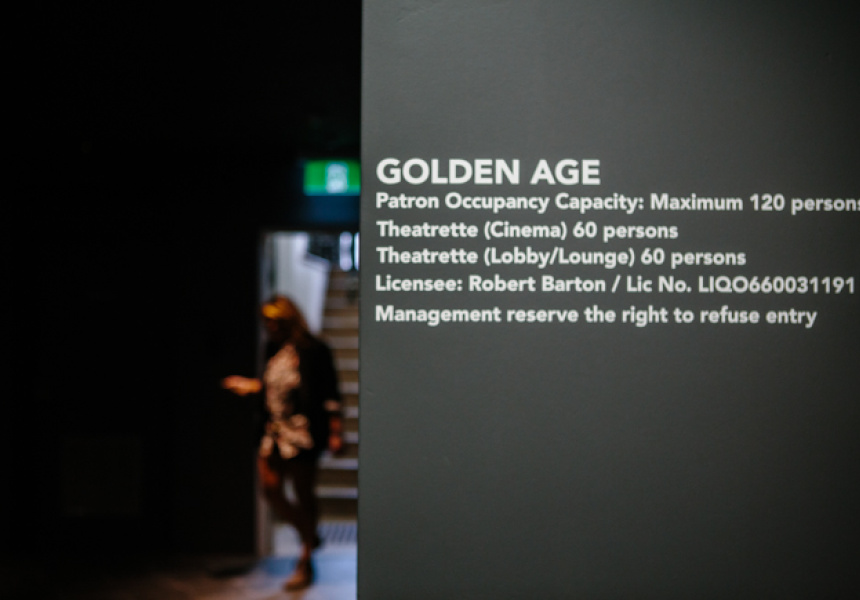 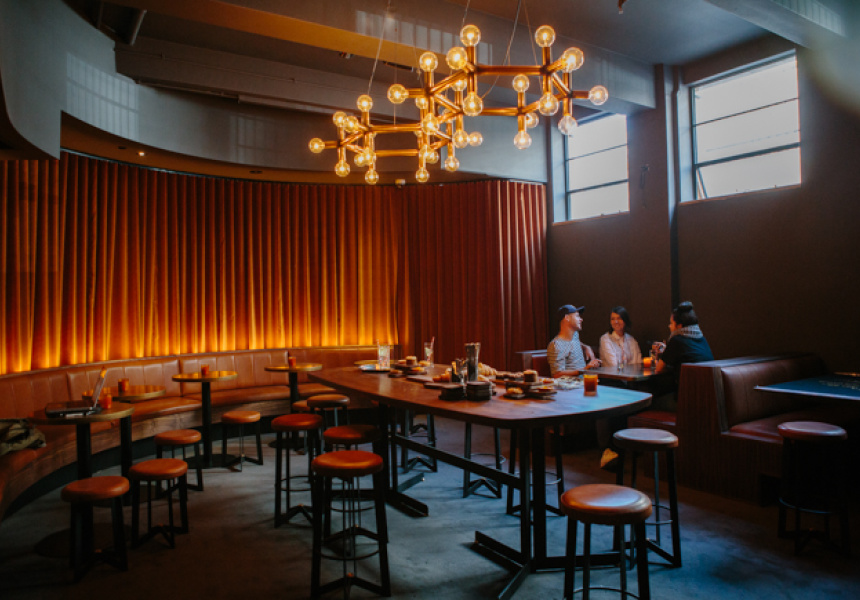 Paramount House, as it is now known, has always exuded an undeniable charm. The art deco icon is an elegant signpost of times gone by, resting at the intersection of Hunt, Commonwealth and Brisbane Streets.

For the past five years, the building has been the darling of Right Angle Studio’s Barton brothers, who have overseen the revival of the space and partnered together to restore the basement theatrette into a new cinema and bar.

The front atrium of the building hosts the cafe, Paramount Coffee Project, while the bike store, Tokyobike, has been set up towards the back, beneath a veil of natural light. At night, this will exclusively become the entrance foyer to the cinema, with plans for drop down projection screens to mask the retail space.

There is usually Live Music every Thursday and Saturday night on the Golden Stage. Check out the now showing page for listings. Live music is always free entry.

Programing for the independent cinema is managed by FBi Radio’s Kate Jinx and features old as well as recently released films, and pieces never before shown in Australia, like Lena Dunham’s Tiny Furniture and Michele Gondry’s The We and the I. Tuesday prices salute the cinema’s nostalgic element, with tickets costing precisely what they would have at the film’s release date (tickets to Duck Soup from 1933 will cost five cents).