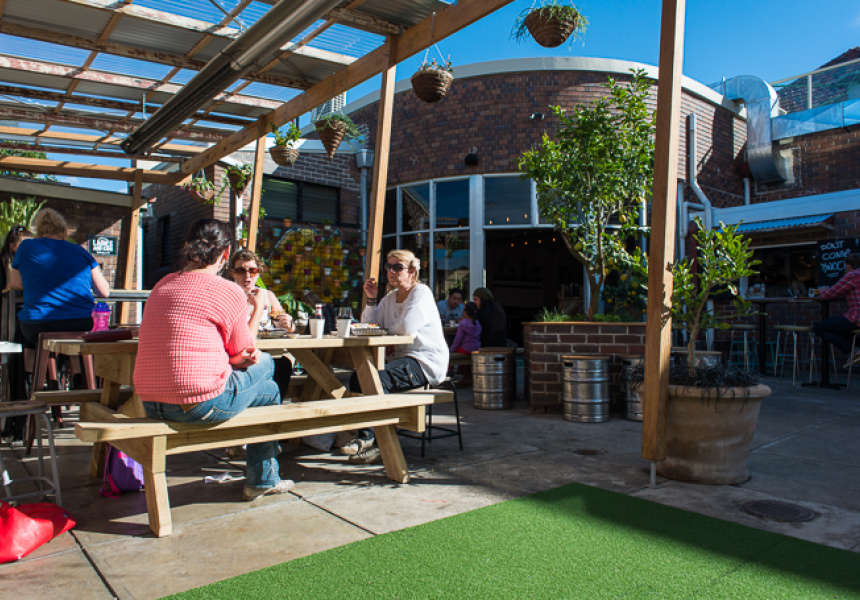 When the old Henson Park Hotel was shut down, Ray Reilly (of Surry Hills’ Trinity Bar) saw an opportunity to recreate the Marrickville venue and promptly bought the place. Now simply known as The Henson, the long-standing institution and home of the Newtown Jets rugby club has a new lease on life as a modern pub.

The pokies were replaced with pinball machines and the beer garden now has a children’s area. The front bar was left largely unaltered for long-time locals. The back bar underwent something of a culinary and aesthetic transformation, with black and white tiling, dark timber and communal and private seating.

The menu bears only a passing resemblance to classic stodgy pub fare. Sure, there are plenty of burgers, but they feature new-school fillings such as karaage chicken and miso mayo; and soft shell crab and Sriracha. There’s also a compact range of tacos; plentiful vegetarian options; and mains such as ramen with bacon dashi and scotch fillet with Pedro Ximenez.

As well as growing a lot of its own herbs, lettuce and citrus fruits in the beer garden, the kitchen sources most of the produce locally. Likewise, the coffee is from Golden Cobra in the inner west, while Newtown’s Young Henry’s has quickly become the number one beer on tap.

With a community feel that goes a lot further than a drink, The Henson reinvents the inner west pub scene with a great menu, affable venue and a local behind the bar.