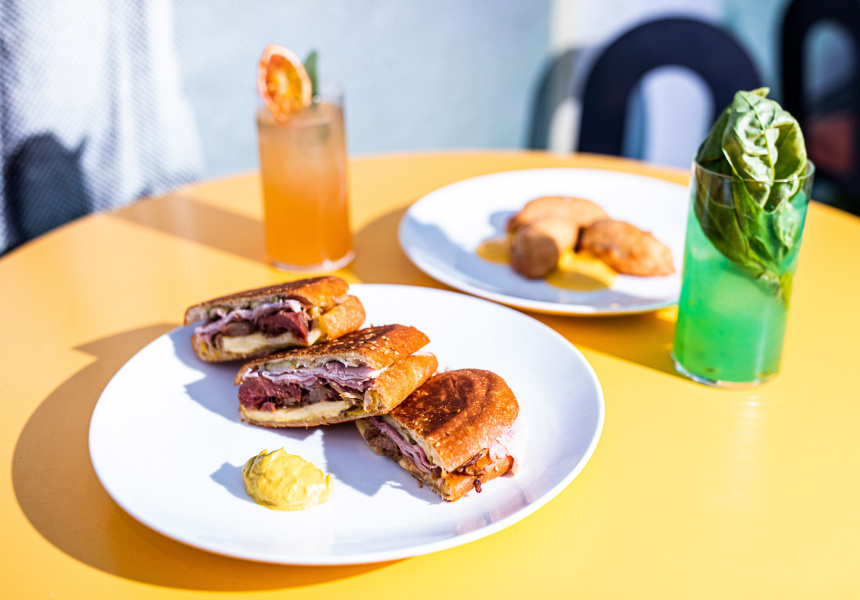 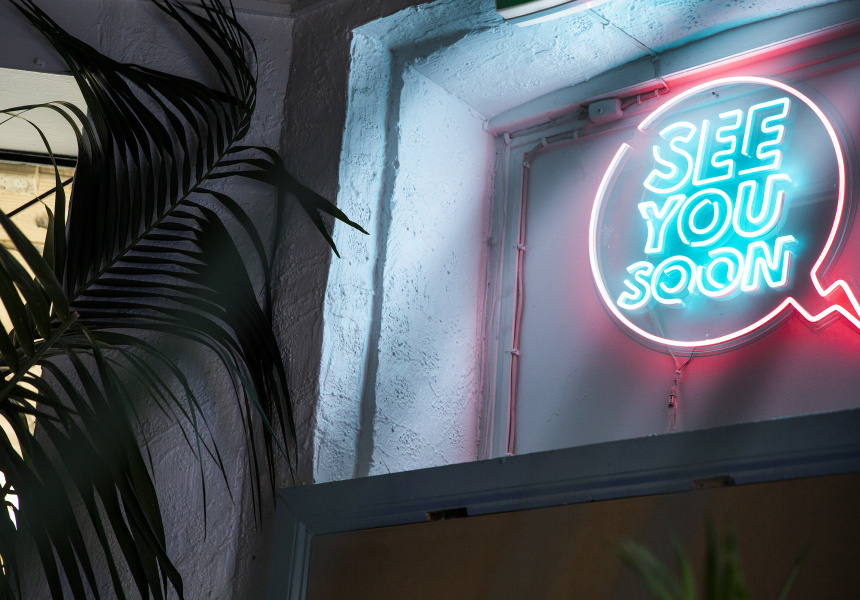 Bartender Hayden Carter grew up obsessed with the bright colours and synthesizer-heavy soundtrack of Miami in the 80s. Together with his business partner and fellow bartender Sasha Fagan, Carter is celebrating his love of that time and vibe at Neon Palms, the pair's Northbridge bar and restaurant that's heavily influenced by the sights and sounds of 80s-era Miami.

Located in the old Panama Social site on the corner of William and Francis streets, Neon Palms, as the brief dictates, isn’t a low-key establishment. Pastel blue and pink are the home team’s colours. Panama Social’s former outdoor area has been roofed in and laid with AstroTurf. LED lighting and custom-made Neon signs give the space (and patrons) a healthy glow. The future-funk playlist is big on synthesizer grooves and snappy drums. It's a more-is-more aesthetic, and we like it.

Despite these loud pops of colour, Carter – a former beverage manager at the Ritz-Carlton Perth – promises there's substance to go with Neon Palms’ polyester-based style. Craft beers dominate the compact beer list, the cocktails are as colourful as the room, and the frozen slushie – a two-toned pink-on-blue layered drink – are made using fresh ingredients and “craft cocktail slushie” principles Carter picked up while working and travelling in North America.

South America, meanwhile, informs the menu. Chef Marcelo Kretzer – a graduate of kitchens such as Balthazar, Duende and Don Tapa – draws on his own Brazilian food stories (that’d be the pao de queijao, a cheese bread topped with guava) as well as those from neighbouring South American nations including Argentina (the menu features a choripan, a chorizo hot dog) and Peru (here’s to you, kingfish ceviche briefly cured in lime, chilli and seasoning, the citrus-based marinade known as leche de tigre, or tiger’s milk). Miami’s quintessential sandwich, the Cubano – a toasted sandwich freighting ham, roasted pork, cheese, mustard and pickles – is also available.