The space is breezy, the menu leans into familiar Italian favourites and the wine list has been written by one of Perth’s best sommeliers. 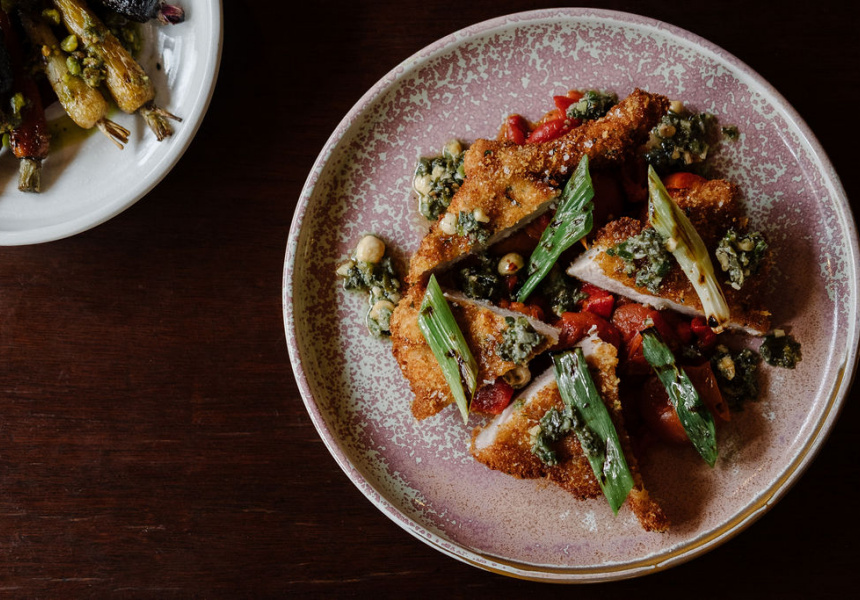 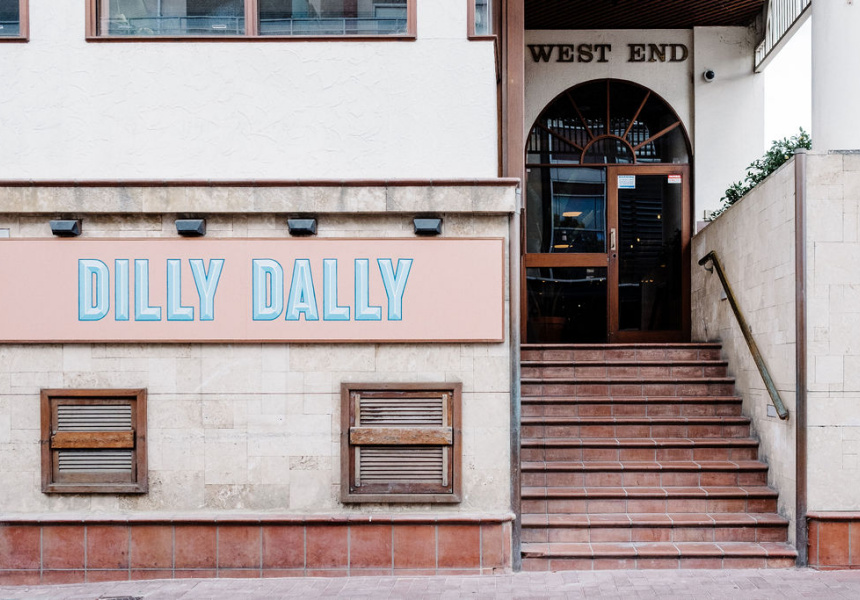 You can’t miss Dilly Dally. The restaurant’s bold palette of orange and black makes it one of Rokeby Road’s more conspicuous residents. But while the exterior has a certain shock-factor to it, what’s inside feels instantly familiar and precisely the sort of thing one might want from a neighbourhood venue.

The space is sectioned off into little nooks and populated tables and chairs, loveseats and lounges, benches and stools. The floorboards are worn in a homely kind of way and the walls are painted in various shades of terracotta. Since opening in mid-November, western suburbs locals have made a steady beeline for the space – especially Friday nights. But many are also dropping by for quieter moments, reflecting on the changes since its conversion from the legendary Witch’s Cauldron.

“People just seem happy to see [the Witch’s Cauldron] tradition continue [with] a different feel,” says general manager Patrick Ryan. “For a lot of people, there’s a real sense of attachment. There’s a great community feel in Subiaco. Subi people are super proud of Subi. People have said to me they’re happy to see things opening rather than closing.”

When Ryan spoke to Broadsheet earlier this year about his plans for the famous landmark, family-friendly and accessible were key talking points. Dilly Dally has delivered. We’re expecting the al fresco tables on Rokeby Road to be popular, ditto the kids’ corner complete with toys, activities and a mural by Indigenous artist Jade Dolman celebrating Nyoongar elder Yellagonga and his people, the area’s traditional owners.

While it’d be unkind to pigeonhole the menu as “pub grub”, there’s no doubting chef Peter Hajdu (Bread in Common, Gordon Street Garage) has written his menu with comfort and familiarity in mind. There are some pork and veal meatballs with sugo. There’s an assembly of beetroot and smoked goat’s curd. Solo diners have options aplenty: grilled flatbreads cradling fillings including roasted mushrooms and taleggio, or prosciutto and olive tapenade make fine sandwiches for one, while the juicy Hamlet Pork cotoletta is crisp and juicy in all the right places. Crunchy, high-walled pizzas chime with the Italianate comfort theme.

Jeremy Prus, a partner at Lalla Rookh and the sommelier’s sommelier, has written a likeable wine list that’s big on user-friendliness (house wines from La Prova give change out of a tenner) while ensuring grape nerds have stuff to get excited about (bottlings from the Loire Valley, the Jura, Sicily and other of-the-moment wine regions). 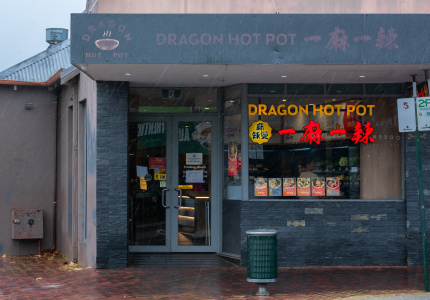