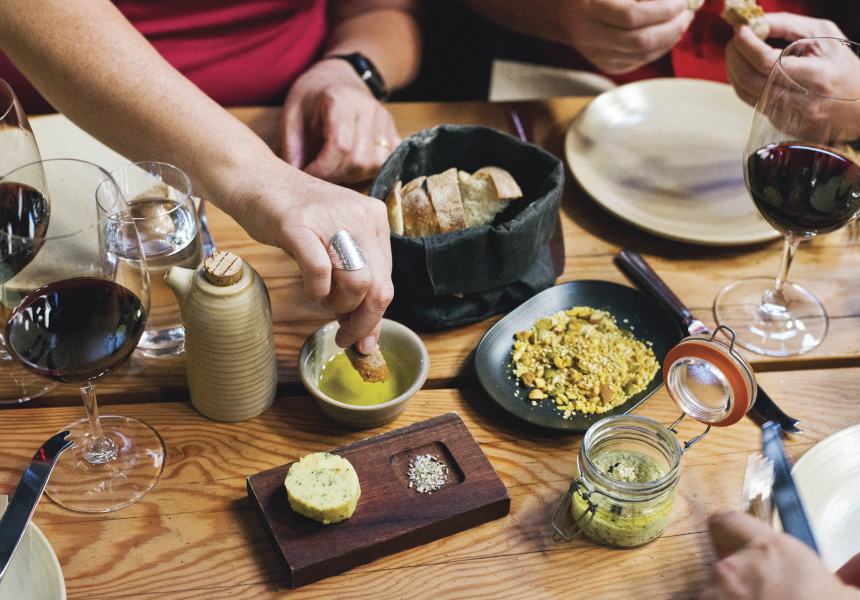 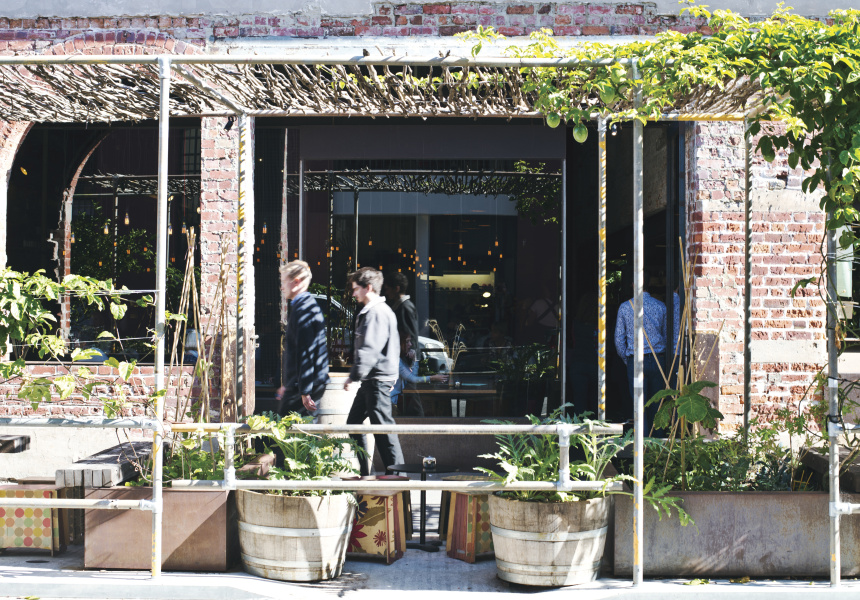 Bread in Common’s Fremantle restaurant and its Nedlands bakery have temporarily morphed into takeaway delis. In addition to selling Bread in Common’s famous breads, both outposts will also sell pastries, coffee, house-made condiments and fruit and vegetables from the recently opened – and then recently mothballed – Coogee Common. Both delis open daily. Takeaway only.

Many restaurants boast about making things in-house, but Bread in Common takes it to the next level. From freshly churned butter and pickled pine needles, to cured bresaola, everything is made in the large open kitchen.

It’s the sort of attention-to-detail diners have come to expect from restaurateurs and former Little Creatures directors, Nic Trimboli and Adrian Fini. In partners Gotthard Bauer (a Swiss baker) and chef Scott Brannington, Trimboli and Fini have found kindred spirits who share their uncompromising commitment.

As the name suggests, bread is a menu mainstay. But be warned: with four different loaves and even more spreads, dips, smallgoods and cheese, it’s easy to go overboard. Still, don’t let that stop you from buying a loaf on the way out along with an armful of other bakery treats.

Yet Bread in Common is much more than a bakery. Its menu celebrates seasonality as well as Western Australian ingredients, with dishes such as Dorper lamb ribs with mint, chilli and black garlic; and seared tuna caught off Rottnest.