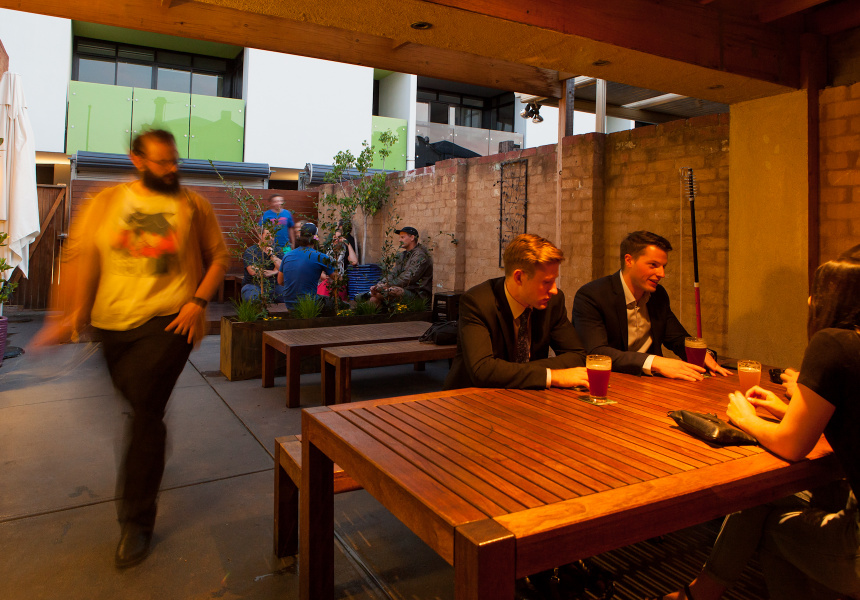 Before trying to say the name of Exit Brewery’s bar, “Uitgang”, co-owner Fraser Rettie suggests making sure there are no Dutch or Flemish people around, then just say, “out-gang”.

The bar has 10 taps pouring four Exit Beers, and one from Kaiju, who Exit shares a brewery with in Dandenong. There’s also a cider tap, and one pouring single origin North St Carbonated Coffee. This place keeps everything on tap as Australian as possible.

The focus on Australian-made also carries through to the small list of bottled beer; wines; and spirits from Bakery Hill, Archie Rose and Melbourne Gin Company.

You can order food over the bar from neighbouring businesses such as St Domenico Pizza Bar and Mister Minh, and it’ll be delivered right to your table. There’s also a spacious beer garden.