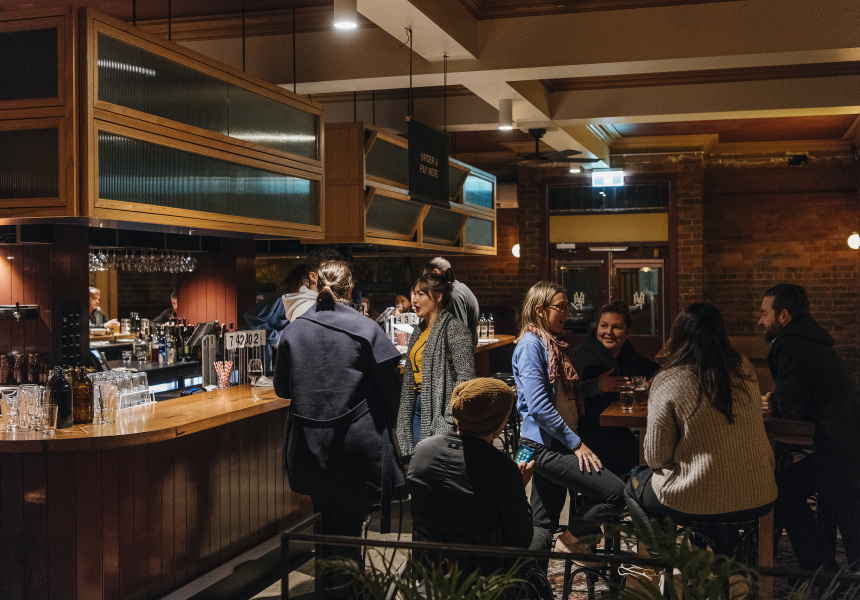 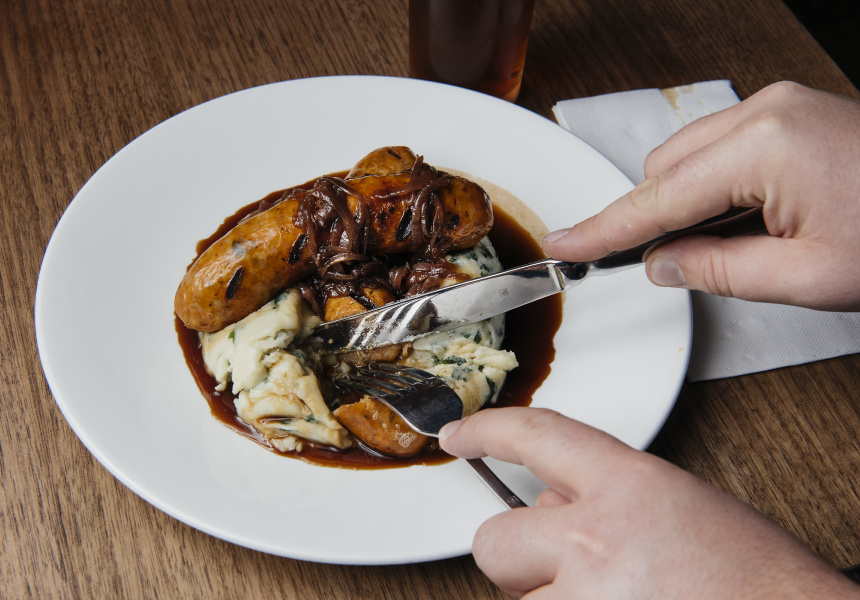 In late 2017, Harts Victoria Hotel became the Victoria Hotel. The old corner pub, with TAB and $10 counter meals, was given a complete overhaul. It has new owners, menus and furnishings. The TAB is gone. Behind the change is Anthony Hammond (who also co-owns the Builders Arms), his wife Jo de Fina and friend Nick Carter.

You’re still likely to find the old locals sitting at the bar, but with a Hop Nation pale rather than a pot of Carlton Draught – the old favourite is still on but regulars are embracing change and Hop Nation is fast becoming the pub’s biggest seller.

The menu is modern pub at a reasonable price. Expect parmas, a couple of steaks, beer-battered fish, and bangers and mash. Wines may surprise, with a white, rosé and red on tap from Anton van Klopper, known for his low-intervention Lucy Margaux label. There are 30 or so by the bottle with an emphasis on low intervention.

The pub’s concrete floors and stripped wooden furnishings feel a touch unfinished but timeless. The dining room continues the pared-back vibe with a combination of timbers. Light streams in through the small beer garden at the side. It’s a classic pub, just a bit nicer. There are plenty of spots at the bar, which dominates the main space. Footy is screened on the weekends and you get a free pot of Sample pale or golden with your footy tips.