With room for 300 people in family- and pet-friendly surrounds. Plus, burgers from a 1965 Airstream Overlander. 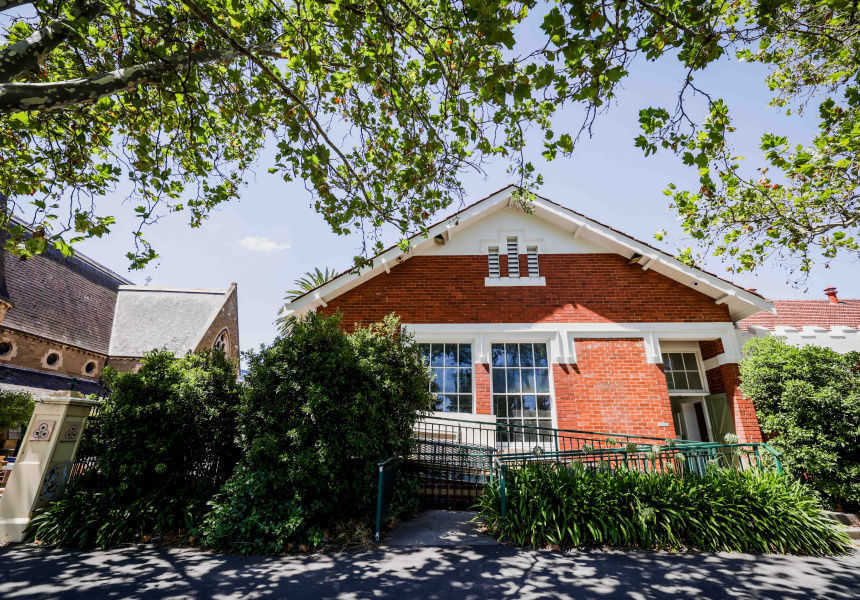 St Kilda’s Holy Trinity church hall has served as a community hub since as early as 1925. And as of this March, Matthew Nikakis will usher the historical building into a new era as Trinity St Kilda – a pub, food-truck park and events space named in honour of its past life.

“I live locally, and I’d been driving past this site for a long time,” Nikakis tells Broadsheet. “It was a temporary church while the original bluestone one was being built behind it. Then it was used as a hall in a similar format to what it is now.”

Nikakis says that, in recent years, the site grew dilapidated with barbed wire around the perimeter and roots pushing up through the concrete. But with the help of BSPN Architecture, he’s revived the church hall to its former glory, maintaining the red-brick facade, heritage windows and hardwood trusses.

“We brought it back to the beauty that it was originally,” says Nikakis. “It’s all heritage – that’s why the bar’s not even built into the wall.”

Instead, it sits as an island in the main dining room, surrounded by family-sized booths and tall tables. Above it is a row of copper beer tanks that will supply the bar’s 12 taps.

At the back of the building, in what was once a dance studio, there’s now a private mezzanine with giant windows overlooking the bar on one side and the original bluestone church on the other.

The back courtyard has been reimagined as a children’s play area with a vintage wooden ski boat that Nikakis has turned into a sandpit. Meanwhile, the front courtyard – which has previously served as plant nursery and a car yard – will be a food-truck precinct. There’ll be two spaces for third-party vendors, which Nikakis says will rotate every night. But the venue will also be serving its own range of burgers, fries and bar snacks out of a 1965 Airstream Overlander that Nikakis has restored and fitted out for food service.

It’ll be a family- and pet-friendly venue with a 300-person capacity.

Trinity is slated to open at 2 Brighton Road, St Kilda in mid-March.